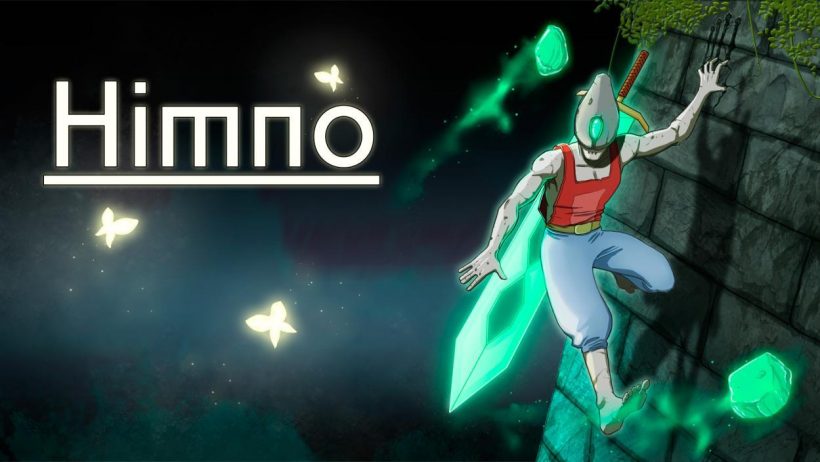 There’s nothing quite like achieving a perfect state of flow in a video game. When hours pass in what feels like minutes, you know you’re onto something. Himno is a procedurally generated platformer with a focus on exploration that comes close to delivering on the flow experience, but unfortunately it falls ever so slightly short of that gold standard of immersion.

The goals of Himno are fairly straightforward, which, given the lack of tutorial, is a blessing. The game is essentially a platforming playground for you to explore; there are no enemies to defeat, no story to uncover, no NPCs, no puzzles. It’s just you, a few collectibles, the darkness, and a series of procedurally generated levels that stretch on for as long as you want to play. The goal, essentially, is exploration.

If you’ve never played an objective-lite game like Himno before, you’d be forgiven for wondering what the point is. How much enjoyment could one really get out of just jumping on platforms and wandering around? Quite a lot, in fact. The absence of too many tangible objectives means that it’s easy to simply fall into a state of relaxation while playing.

‘Mindfulness’ is something of a mental health buzzword these days, but there’s little doubt that Himno encourages this state of mind. When you don’t have to worry about rescuing anyone, fighting enemies, or developing a strategy, it’s easy to just be present in the gameplay and delight in seeing how far you can get.

This is not to say that there is no interactivity in the world of Himno. The game provides simple collectibles in the form of golden lights and wisps; hunting these down while you’re exploring provides a sense of purpose without ever becoming distracting. The golden lights provide you with the experience necessary to level up; on the other hand, releasing wisps can only be done once you’ve reached a certain level, and this grants temporary powerups such as the ability to jump higher or slow down time when mid-air. While powerups are active, the wisps fly around the map with you, offering visual interest against the dark and shadowy backdrop.

Although after playing for a while you start to fall into something of a flow state, unfortunately Himno never quite reaches a point of perfection as various factors will disrupt your immersion. Most notably, although the powerups offer some variety to the gameplay, the way they constantly change your character’s movement does mess with your muscle memory, making it harder to go with the flow.

Likewise, ending a run brings you back the Wisp Garden with a perplexing message instructing you to ‘Choose 1’. It’s not clear from the instructions, but whichever wisp you choose here will accompany you for a short period at the start of your next run, powerups included. Oddly enough, though, you don’t go straight into your next run upon selection, and instead take a detour to the menu screen first. Unfortunately, going through this sequence between every run does put the brakes on any momentum you had going; for a game that is otherwise fairly immersive, this does detract from the overall experience.

Despite these flaws, Himno’s overall gameplay is fairly relaxing. While it’s unlikely you’ll pick up this title and play it for hours, it offers a pleasant contrast to the many high-octane platformers that the Switch currently offers and may be worth a look.

Himno is not the gold standard for games offering relaxing, immersive gameplay, but if you’re looking for something peaceful, it might be just what you need.