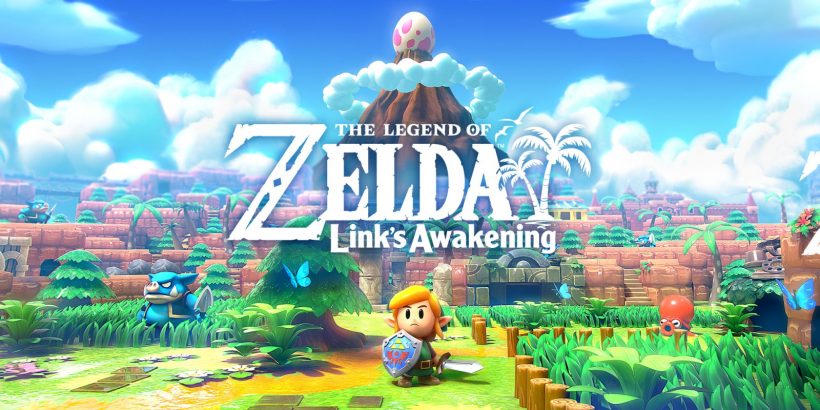 Nintendo has been around in games for so long that there are a huge number of titles that make us feel nostalgic. For this writer, at the top of that pile is The Legend of Zelda: Link’s Awakening. It was the game that inspired my love of the Zelda series, and, until Breath of the Wild, was my favourite game of all time. However, nostalgia often has a way of papering over the cracks and ensuring that everything is remembered with rose-tinted glasses.

It’s fair to say that, by today’s standards, there are a few notable issues with the original release – namely the dated visuals and cumbersome item management. Although more a by-product of the Game Boy’s limitations (including having only two face buttons), it was nevertheless an amazing experience to have over 25 years ago. Now, Nintendo has seen fit to re-release the game in the form of this fabulous remaster for the Switch. This is not the first remaster of Link’s Awakening, of course, as it was previously re-released with a slap of fresh paint in a “DX” version for the Game Boy Color. That release added in a colour-based dungeon, and that’s also present here, with all its benefits upon completion.

Link’s Awakening begins with our hero waking in a strange home, in an even stranger land. You were found by Marin, and she and her father, Tarin, explain that you were washed ashore on Koholint Island. Tarin (who looks somewhat familiar) returns your shield to you, and off you set to find your still missing sword. It doesn’t take you long to find, and once rediscovered, a mysterious owl arrives and explains your plight. To escape from Koholint Island, you will need to recover eight instruments, after which the Wind Fish – the island’s keeper – will allow you to leave. You’ll notice that, other than a passing mention, there’s no Zelda here, no Triforce, and no Master Sword. In truth, it’s quite a quirky and surreal experience, with many Nintendo-based characters appearing in cameos – as enemies, or even appearing in the legendary trading quest.

The Owl’s quest means that you will need to complete eight sequential dungeons scattered and hidden around the island. In additional to your quest instrument, each dungeon will also offer you a new item, which then ensures that you can access new parts of Koholint afterwards and is usually crucial to defeating that cavern’s boss(es) or puzzles. It’s all incredibly well-designed, and although all of the dungeons have a certain familiarity about them, they all feel unique in their own right.

The story of Link’s Awakening will take you all over Koholint Island, and it truly is a world full of interesting characters. You’ll interact with all of them along the way, most through the trading side-quests. You’ll win your first of your items in the “Trendy Game” in Mabe Village, and this sets in place a variety of item exchanges, which are, for the most part, quest-related. You’ll find that your progress will be impeded unless you have a key item, and as such constant exploration and communication with the locals is essential.

Also hidden around the island are numerous sea shells, which, when collected and cashed in, yield an amazing reward. It’s worth collecting them, for sure. Also collectable are various heart pieces to increase your health and many of these are also linked to the items you possess. There’s also more hearts (and sea shells) to obtain than there was in the original release.

Speaking again of the original release, item management in it was a chore. With only two face buttons, you had to constantly enter the menu to switch items around. In this remaster, you can still only equip two main items (to either X or Y) but, thankfully, other core equipment is fused to other inputs or has some common sense applied. Your sword is always available, and is swished around with a tap of the B button and your shield is on the R button. Other things like lifting heavy objects is allowed, and swimming, once you’ve obtained the relevant items, of course. Even running with the Pegasus Boots is only a button-tap away. It makes the experience feel ever so much more intuitive and enjoyable.

What also much more enjoyable is the way that the game is presented. As noted above, it’s had a complete overhaul, with that old, pixelated monochrome spritework magically reworked into this almost plastic-looking, vibrant and colourful world. Everything exudes charm, and this arguably makes Link’s Awakening the best-looking top-down 2D Zelda game. It looks that good. Though there are some small niggles with the frame rate in places, with a few instances having noticeable performance drops. it’s never enough to overwhelmingly affect the player’s experience.

There are no such issues with the music, though. The tunes from the original release were timeless, albeit restricted by the Game Boy’s limited chipset. That is not so here, where everything has been given the same sort of refinement as the visuals. The orchestrations feel different, as do the graphics, but they are reminiscent at the same time. Hearing the instruments play out the Ballad of the Wind Fish is simply magical.

This sense of a complete overhaul also applies to the overall interface. The ugly presentation surrounding the Game Boy’s screen is gone, and splashed with a “less is more” approach. Your hearts are displayed, as are your equipped items, but other than that, it’s pretty clear. Even the menus have a more “Breath of the Wild” style, and the overworld map is just, well, wow. You’ll know what I mean when you play it – and you really should play it.

If I’ve got one complaint, it’s the game’s length. RPG fanatics (or indeed, those that have lost themselves in Breath of the Wild) may be disappointed here. You’ll likely have bested the first few dungeons in a couple of hours, and will probably have completed the whole adventure in no time at all. There is a “Hero Mode” which increases the damage you take, available from the start if you are after more of a challenge. Thankfully, the biggest addition to this remake will potentially add a significant amount of time, and that’s the Chamber Dungeon.

On your way to the Bottle Grotto (second dungeon) you’ll encounter Dampé, and in his shack you’ll find the Chamber Dungeon, which is located where the old camera shop was in the DX release. Essentially, this acts as a “Super Zelda Maker” style dungeon crafter. Linked to completing his objectives (and the dungeons you’ve actually cleared), you can design and create your own caverns filled with challenges and enemies.

Of course, you are required to have a boss, an entrance and the game intuitively knows if everything interlinked (correct stairs, doors and keys) before setting you loose in them. It adds a significant heft to how long you’ll be playing. You cannot upload your creation online for others to play, unfortunately – which is a massive missed opportunity – but you can save them to an amiibo for others to play.

It has been 26 years since I first experienced The Legend of Zelda: Link’s Awakening, and I have to say, experiencing it again all these years later, in this guise has made me fall in love with it all over again. The story is incredible, the puzzles are creative and challenging and the whole surreal experience is simply incredible. If you’ve never played it before, you are in for a treat – it’s a fantastical reworking of a timeless classic, brought up to date. If you played it before, then prepare to be mesmerised once again. I was.

If you have never experienced Link’s Awakening before then go and buy this now, because it’s amazing. If you have, the new styling perfectly complements the adventure. Plus, you’ll know that it’s well worth playing again. It’s the best 2D Zelda.