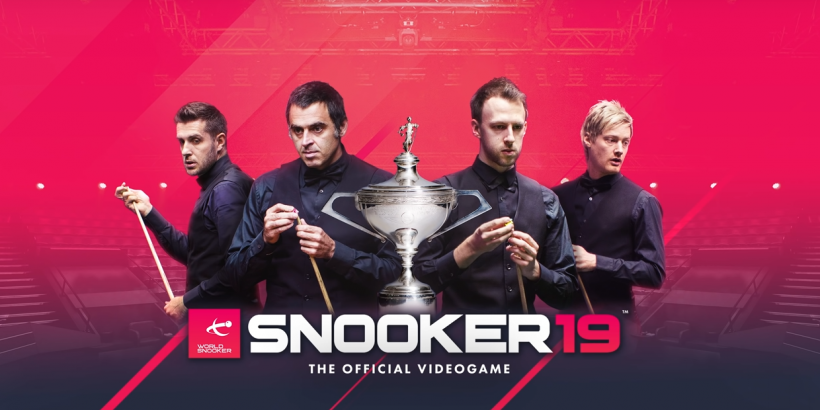 Snooker 19 is an officially licensed snooker game made by Lab42. Licensed sports games have been prevalent for years, but snooker isn’t one that you see a great deal of, particularly not on Nintendo systems.

This is the Switch’s second snooker game, but the first to get a physical release. Playing online or against the AI, we’re sure we don’t have to go through the rules of the game here, but it’s surprising how often games as simple as pool aren’t executed well. In this game, you can choose from a selection of real-life pros and play a realistic snooker simulation.

But the rules are included in the settings menu, but getting to grips with them is no mean feat as they read like a legal contract and are likely to bore you to tears. Unless you already have a slight grasp on the rules, you’re better off consulting the internet.

If there is anything that can be said with certainty about Snooker 19, it’s that it feels like an authentic snooker experience. The ball physics feels spot-on,and once you get the hang of the controls, there’s plenty of fun to be had. The game boasts several different styles of play, from standard snooker to six reds or shootout, with each offering a different take on the table game. If meaningful competition is more your thing, you can play in career mode or online tournaments. The tournaments appear to work much the same way as in real life, running between a set of dates. But it’s often difficult to find a game, seeing the connection drop out after a long wait just to find a game can be a big frustration.

In-game commentary is provided by Neal Foulds and David Hendon, whose commentary adds a real level of authenticity. But, as is too often the case, repeated soundbites can rear their head a little too often.

There is some small amount of character customisation in this game. While no you can’t create a custom character, you can change John Higgins’ shoes from black to brown, along with a few other minute clothing alterations. It is a really small example of finer details, for sure, but then not all of the characters resemble their real-life counterparts too closely.

The graphical shortcomings don’t stop at character models. Handheld players will have a decent time, but if you prefer to experience your games on the telly screen, prepare for jagged edges and low-quality textures. Glitchy animations plague the game, and sometimes pretty hilariously – during one match, this reviewer’s snooker cue took flight after the shot and flew off-screen – it was entertaining, but maybe not in the right way. Suffice to say, for a game made in 2019, this one looks very dated.

Snooker 19 is a decent snooker game, but a poor entry into any other category. Dated graphics and finicky controls make this hard to recommend.