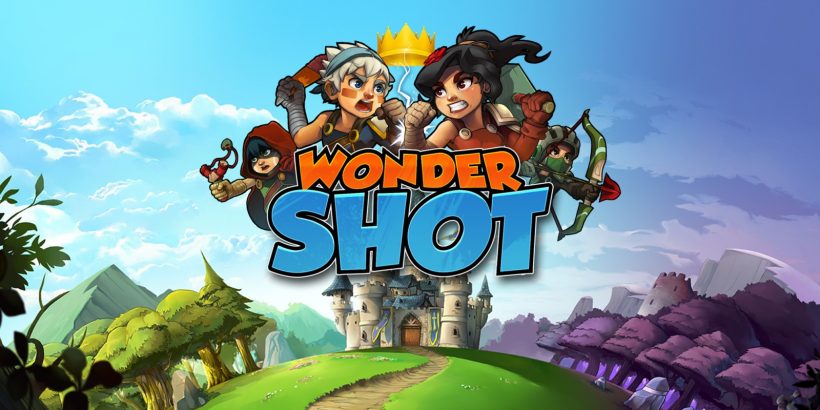 Described by developer Leikir Studio as a ‘couch game’, Wondershot is an intense top-down multiplayer game where players battle it out in a small and compact arena. The twist? You only have one shot, so make it count. If you miss your target the first time around, your options are limited; you can either pick up the ammo you lost, or steal your opponents’.

There are four different weapons to use whilst fighting for your life, each of which offers its own benefits. The hammer, as the only melee weapon, allows you to dash through walls; the bow automatically locks on to your enemy; the boomerang can be charged up in order to continue spinning on the spot; and the slingshot bounces three times before coming to a halt. Plenty of variety.

Wondershot offers a brief tutorial to ease players into the game, though this is more to introduce its gameplay mechanics, as opposed to its controls. The gameplay of Wondershot is fairly simple, and the controls reflect this. You can use the left analogue stick to move around or aim, the A button to attack, ZL to dodge roll, and ZR to lock your character in place for easier aiming. Simple controls make beating your friends just that little bit more amusing, after all.

Speaking of friends, Wondershot is undoubtedly meant to be played with friends and family, but it can be enjoyed just as much as a single-player experience. While the infamous Multiplayer mode – where players compete to win the most rounds in the arena – takes centre stage, there are other modes for you to explore: Challenge, and Endless. Challenge Mode is the game’s only solo mode, featuring 45 different challenges to overcome, and players must use all kinds of different characters and weapons to achieve their goals. Endless Mode is self-explanatory; you face unending waves of enemies as a team, with dynamically-changing maps implemented for each wave. This is a pretty cool feature, and sets the game apart from its peers.

There are four different characters to choose from, each with their own aesthetic styles. From a blue-haired assassin look-a-like to an armour-wearing youngster, there is some variety of appearance for players to enjoy. Sadly, this is the only variety offered, as each character possesses no further attributes to make them truly unique. There are no upgrade systems or skill trees, for instance, allowing for little growth or development. As such, you play only as an empty, generic avatar throughout your entire experience.

Though Wondershot‘s overall aesthetic is somewhat charming, it is let down by its simplistic graphics and lack of environment variables. I’d go so far as to say that the loading screens are perhaps the nicest-looking parts of the game, featuring Medieval-style cartoon graphics with a particular attention to detail. The game holds up pretty well on the performance side of things, though, with both docked and handheld having no noticeable issues.

Wondershot‘s audio design, too, celebrates players’ completion of particular in-game actions, such as landing a perfect shot or becoming victorious. For those of you who were fortunate enough to have spent your childhoods with a Game Boy in hand, and the distant sound of Ren & Stimpy playing on the TV, you will instantly recognise the game’s comic-like callouts.

Overall, despite its perks, Wondershot doesn’t offer a great deal in terms of gameplay variety. With no real progression of any kind, I found it difficult to stay engaged, making this a difficult title to recommend.

Wondershot is a fun game to play with friends and family, but that fun will expire after an hour or so of playing. It’s a shame that for a multiplayer game, the most fun can be had from the game’s single-player offerings.