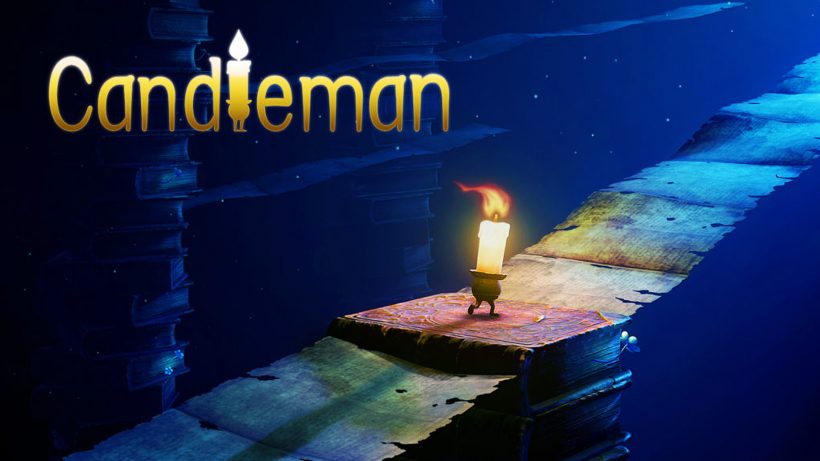 Games that offer a genuinely unique and creative experience are few and far between these days, and so when they do occasionally rear their heads, it is a rare treat. Candleman is one such game.

Candleman is a puzzle platformer from Beijing-based indie studio Spotlightor Interactive. Finding yourself alone in the dark of a shipwreck, you play as a sentient candle with an inferiority complex, and after spotting a lighthouse casting away the darkness of night, the candle feels inadequate with his small, flickering flame.

At its core, Candleman is a story about self-acceptance and discovery. That discovery translates over to the gameplay, which offers a very calm and serene journey, with a focus on exploration. The gameplay revolves around guiding Candleman through a series of puzzles and platforming challenges, similar to other puzzle platformers in that regard, but it also adds an additional factor: the world around you is totally dark, with just select paths and points of interest pre-lit by small light sources. The platforming itself is nothing remarkable, but it’s competent enough to be enjoyable.

As a candle, you have the ability to burn and emit some light into your surroundings, however, your wax seems to be unusually weak, as you can only burn for 10 seconds before you melt and lose a life. Choosing when to use your light is key in a great deal of the challenges as the game progresses, and this adds a little extra depth and an air of mystery to the already captivating atmosphere. There are numerous unlit candles hidden around every stage, and igniting yourself next to them will light them in return; these serve as this game’s collectables in a way.

While none of the levels that make up Candleman are particularly difficult, they never felt stale, and there is a smooth difficulty curve that does add a little more challenge as you advance. The levels are diverse and interesting, boasting great visuals and design. As I progressed through the game, more mechanics and methods of interacting with the environment were introduced; the game never stagnated.

In a similar vein, the design of the levels managed to be consistently interesting and varied, and while there is neither rhyme nor reason to the setting you are presented with (being on a ship one second, a magical forest the next), it still somehow felt like it belonged; the unusual solitary atmosphere and narrative of the game fit with the juxtaposed settings that are present.

Lacking any background music, Candleman makes use of eerie sound effects and audio caused by your interactions with the world. The combination of echoing footsteps and creaking wood on an abandoned ship as the level sways around you really sell the setting and feel of isolation that the game attempts to convey. Unfortunately, during a select few levels and cinematics, I did experience some frame drops. They didn’t affect gameplay ultimately, but they were definitely apparent.

It is true that Candleman is a relatively short game – it can be relatively comfortably beaten in a day or two – but the length feels just right for this kind of game, with enough replayability in the form of secret candles to be found to make it worth a revisit after completion.

Candleman is a beautifully crafted game that offers a unique, relaxing and immersive experience. Great level design and narrative make it highly worthwhile on Switch if you’re looking for a new platformer to play.