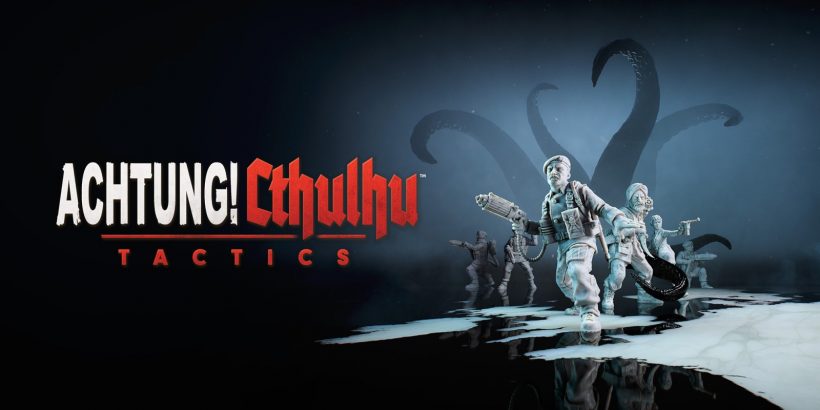 As confirmed by Indiana Jones, the Nazis are up to no good and are getting into some nasty business in order to try to pull out a victory in WWII. This time around they are jumping headfirst into H.P. Lovecraft’s clandestine horror universe of Cthulhu, where Shoggoths and power-infused troops will be charging at you headfirst in this tactical strategy game, one that takes more than a few inspirations from the XCOM formula. Originally created as a tabletop RPG, Acthung! Cthulhu Tactics is a branch of that series that infuses those board game elements with squad-based gameplay.

You have a squad of four who will be moving through enemy-infested environments. Acthung! Cthulhu Tactics breaks up combat sequences as you move through the level to allow for smoother traversal of the levels, but otherwise, this plays just as you would imagine if you are familiar with the genre; with cover mechanics, placement and angle strategy, as well as the “Overwatch” ability plucked straight from XCOM. I am a huge fan of this genre, so getting a reskinned clone isn’t something that bothers me at all, but you are pretty much playing the exact same game with some minor adjustments.

As you move your troops into cover things start to settle in. Taking actions costs “AP” which is the system used for movement and firing. Each character can carry different types of weapons that allow for all sorts of gameplay styles. Shooting and reloading are common practice, but you also have added abilities that can be used with “MP” to open your options. This is where the “Overwatch” ability is located, as well as things like changing the direction of your vision cone on the fly. Things are very basic at the start, but as you progress you will find some more interesting abilities available in the late game that makes this gameplay loop a bit more rewarding.

You have a levelling system that allows for you to upgrade your squad as they progress through the game. In this system, you can place ability points into a skill tree that allows for upgrades to the mechanics currently in place, as well as the addition of new abilities that can really give your characters an added edge. Otherwise monotonous loops of shooting and finding cover are broken up with abilities that come straight from the horror-octopus himself.

An added vision mechanic makes for proper cover to also require lines of sight on enemy movements to really control the field. This is utilized in all applicable abilities, so it becomes a major part of properly attacking and defending. Although this is an interesting addition to the game, it also can be quite the hindrance, as an enemy can move directly next to you and if they don’t move specifically through your cone of vision you cannot use the abilities for defence you have set up against them. This forces you to cover all angles or risk leaving a hole in your defence.

Acthung! Cthulhu Tactics takes a tried and true formula and puts a new coat of paint onto it. I like playing games in this genre of all varieties, so I was pleased, but others might call this clone a rip-off in some ways. Nonetheless, you have a rewarding gameplay loop regardless of it’s issues here and there.

Acthung! Cthulhu Tactics will offer a good, alternate experience to long-time fans of the genre, but has some issues across the board that hold it back from being something that stands out on its own merits.