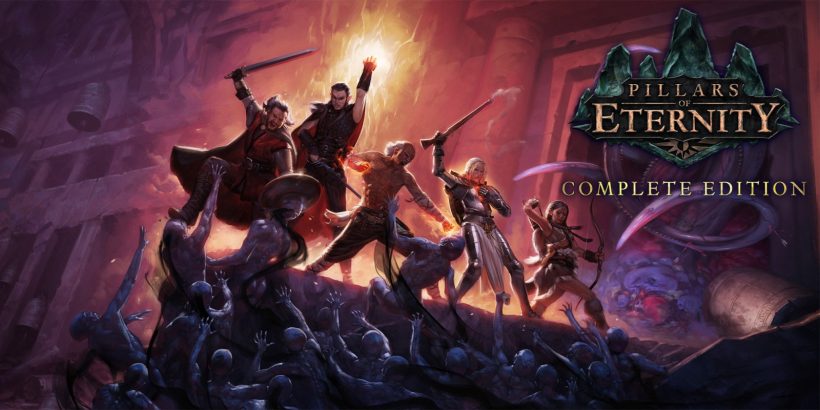 With the help of successful crowdfunding campaigns, the cRPG subgenre was brought back with titles such as Divinity: Original Sin and Pillars of Eternity. Now that these games finally make the jump to consoles, it is time to check how the Complete Edition of Pillars of Eternity holds up on the Switch.

When Obsidian proposed to create a new cRPG game, they weren’t ashamed to take everything that made the old-school isometric titles so remarkable, especially when it comes to world-building. As a consequence, when first entering the world of Pillars of Eternity, the player may even get overburdened by how much info there is about the game’s universe. You can dive deep, really deep, into Pillars of Eternity’s ever-expanding lore, as there’s info about pretty much everything you may be curious about, from people to places, races, mythos, and more.

If you want to simply jump in and enjoy the gameplay, though, you can ignore everything extra and have equal enjoyment with the main storyline alone. A full playthrough can take about 40 hours, and that’s not considering side content, nor the included The White March expansion. If you want to take the most from the game, you’ll spend quite some time here.

Obsidian did a really good job in creating a new world that was akin to the experiences you had in the past. However, what they also brought from the past, but isn’t as pleasant as the rest, is the real-time combat. Both enemies and your party act simultaneously, and to prevail through the harder encounters, you have to micro-manage each one of your party members, selecting skills, items, and doing other actions on the fly.

Thankfully, the game features some welcoming quality-of-life improvements. Every time you encounter a new enemy, time freezes, giving you time to choose your preferable skills to start combat. You can also freeze the time mid-action, and spend as much time as you need hovering through the menus.

However, when the combat is actually happening, the game becomes a hard-to-follow mix of numbers and statuses – which gets even worse as new people join your party. To make things a little easier for those who don’t want to deal with this cumbersome combat system, PoE does have some welcoming accessibility options when it comes to its difficulty, as you can choose to play solely for the narrative, if you wish. Yet, the campaign has some weird difficulty spikes at certain moments. Having your party wiped instantly when your last save was done 50 minutes ago isn’t pleasurable at all. In this sense, Pillars of Eternity’s combat feels too old-school.

The isometric visuals, on the other hand, still hold up well. Be it a town, a dungeon or a forest, each place in Pillars of Eternity looks unique, and it is always rewarding (and dangerous) to explore them thoroughly. In general, the game runs smoothly even on the most crowded segments. However, the Switch version suffers a bit with longer loading times when compared with other versions. Stability is another problem of Pillars of Eternity. Random crashes really hurt the experience – especially when it results in lost progress.

Even though this isn’t the best version available, playing a cRPG like Pillars of Eternity on the go can be quite entertaining – if you’re able to bypass its convoluted combat and technical issues.

Pillars of Eternity: Complete Edition does fulfill the promise of bringing back the experience of an old-school cRPG. As a result, though, it also comes with a convoluted combat that can get in the way of the game’s main appeal: its expansive fictional universe.