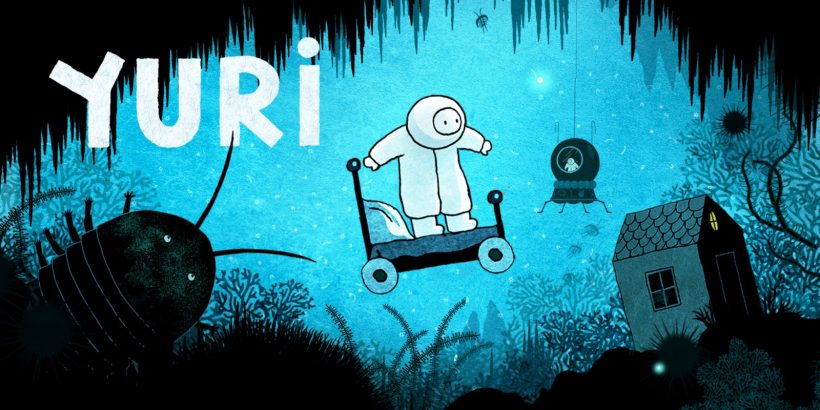 Nothing resonates more among indie fans than a story of triumph. Through devotion, commitment and a shared vision, the Potier brothers, Ange and Aurélien, created an indie game both unique and familiar back in 2017 on iOS. Although small in stature, the independent games company, Fingerlab, have since succeeded in bringing the instantly loveable rogue that is Yuri to the big leagues with a release on the Nintendo Switch.

Billed as a platform game with sumptuous drawings and a dazzling soundtrack, the eShop listing for this one is definitely accurate. Yuri looks and sounds incredible, creating an ambience in the early levels so inviting that it offers a true escapism from the world outside. The journey begins with Yuri awaking in his bed, before taking a trip on said bed – with wheels attached – across 17 beautifully crafted, hand-drawn levels which combine the sights and sounds of nature magnificently.

Simplistic in its gameplay, Yuri tasks the player with moving through the levels, typically from left to right, by controlling Yuri with the right stick and jumping using any of the four buttons, X, A, B or Y. For the most part, this creates a pick-up-and-play culture that is well-suited to this type of platformer.

A playthrough of Yuri encourages acceleration and rhythm as you overcome obstacles and descend into the depths of the imaginative world, yet Fingerlab have crafted an environment so endearing that you want to stop and take it all in. It is this juxtaposition, coupled with the abundantly clear mobile origins of the title, which leave the end result a muddled but beautiful gaming journey.

Each level is made up of competing dark and light elements, with the platforming areas displayed in black against a watercolour backdrop. As you make your way through the mysterious forest or the bowels of earth, there are blue floating orbs scattered around. There is no incentive to collect these, aside from knowing how many you have. These orbs have been so poorly placed that the game doesn’t lend itself to collecting them, especially when trying to build the aforementioned rhythm which makes for an exhilarating experience when achieved.

As well as the unusual inclusion of the orbs, the latter levels become frustrating too. If you crash, you start again from a nearby checkpoint. Unfortunately, during the more tense moments, these checkpoints are as poorly placed as the orbs and leave the player dying again very soon after restarting, mainly due to an inconvenient obstacle or an impending enemy. In addition, Yuri sometimes fails to respond to user input once reset and this leads to death again.

The audio and visual elements are the perfect complement and showcase the talents of the two brothers extremely well. The music has been perfectly placed, and the sound effects of nature are soothing. It is so calm that during the early levels, what would otherwise be known as annoying segments of platforming elsewhere, are often quickly forgotten as ‘death’ offers another opportunity to be immersed in the world again. If this feeling had been achieved across the entirety of the game, Yuri would have had the potential to be a huge commercial success.

The Potier brothers came, oh, so close, to producing an indie gem worth recommending. There is no denying the talent on display here, but the platforming elements of this title just aren’t that much fun, and the gameplay is often at odds with the atmosphere crafted by the stunning sights and sounds.

Yuri’s unique premise, incredible soundtrack and beautifully crafted levels are not enough to detract from the poor platforming gameplay on offer here. With too many alternative eShop hits to mention, Yuri’s success is likely to remain a pipe dream.