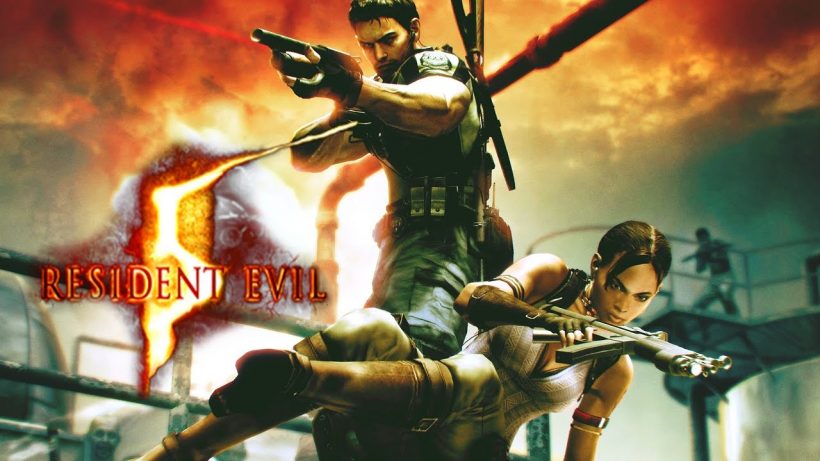 How do you create a sequel to one of the best survival horror games ever made? That’s the quandary Capcom faced when developing Resident Evil 5, a game that retained the basic flow of its predecessor while substantially upping the spectacle – for better and for worse.

If Resident Evil 4 played it cool, calm and collected with its third-person gunplay, this 2009 sequel was when the franchise’s action muscles were fully flexed. It’s been thought of as one of the most divisive entries ever since but, like it or love it, this recent Nintendo Switch port now serves as the definitive version.

For those unaware, Resident Evil 5 sees original series protagonists Chris Redfield and Jill Valentine return to centre stage, with one in close pursuit of the other in their attempt to unravel a wider mystery. The Las Plagas virus featured in Leon Kennedy’s previous adventure in Spain has somehow found its way over to the West African plains, giving BSAA agent Chris and partner Sheva Alomar good cause to shoot down endless waves of the almost undead.

I’ll admit, the overarching plot in Resident Evil 5 is nonsensical at best, working as little more than a zombie-infused throwback to 80s-style action films, rather than something deeper. There are enough classic characters and story threads here to keep any long-time fan interested, sure, but what you’re really playing this for is the tight corridor-shooting action. It’s been ten years since Resident Evil 5 released for PS3 and Xbox 360, but locking and loading your gun still feels good. Coupled with the various action set-pieces sprinkled in throughout, and you have a genuinely thrilling ride.

Anyone who has played Resident Evil 4 will feel right at home here, even if the horror skin has been shed somewhat. Chris and Sheva come across a myriad of bio-organic beasties throughout the game’s six bombastic chapters, but rarely would I say is it interested in scaring you. This is especially true when playing in split-screen online or co-op, which this Switch version fully retains. Playing through with a friend was one of Resident Evil 5’s big new features when it released. Singleplayer isn’t a bad experience per se, but poor AI decisions from Sheva makes it still the preferred way to play.

Speaking of big new features, and, as is the norm now, Resident Evil 5 offers full motion control aiming. Not only that, but its implementation here is one of the best yet. It’s incredibly easy to attune the motion to your ideal sensitivity from the menu, which when set makes popping off headshots incredibly satisfying. I would always use the right joystick to line up 90% of my shots, turning my wrists ever so slightly to adjust for that last 10%. Perfect!

Resident Evil 5 on Switch even manages to aesthetically impress, closely resembling the HD port received by PS4 and Xbox One back in 2016, rather than a Skyrim-esque version that’s saddled somewhere between. Character models and environments look amazing thanks to some smart lighting, both in the main campaign and the two included DLC episodes.

If you weren’t sold on Resident Evil 5 back when it initially released, then the Switch port won’t win you over. Those that think back to this action-centric entry fondly, however, will appreciate the brilliant gyroscopic aiming, automatic portability and beautiful visuals. The story is ‘meh’ at best but playing Resident Evil 5 on the go is epic.

Resident Evil 5 continues a year of already impressive ports on Nintendo, working in full motion controls and all released DLC to work as the definitive way to play.