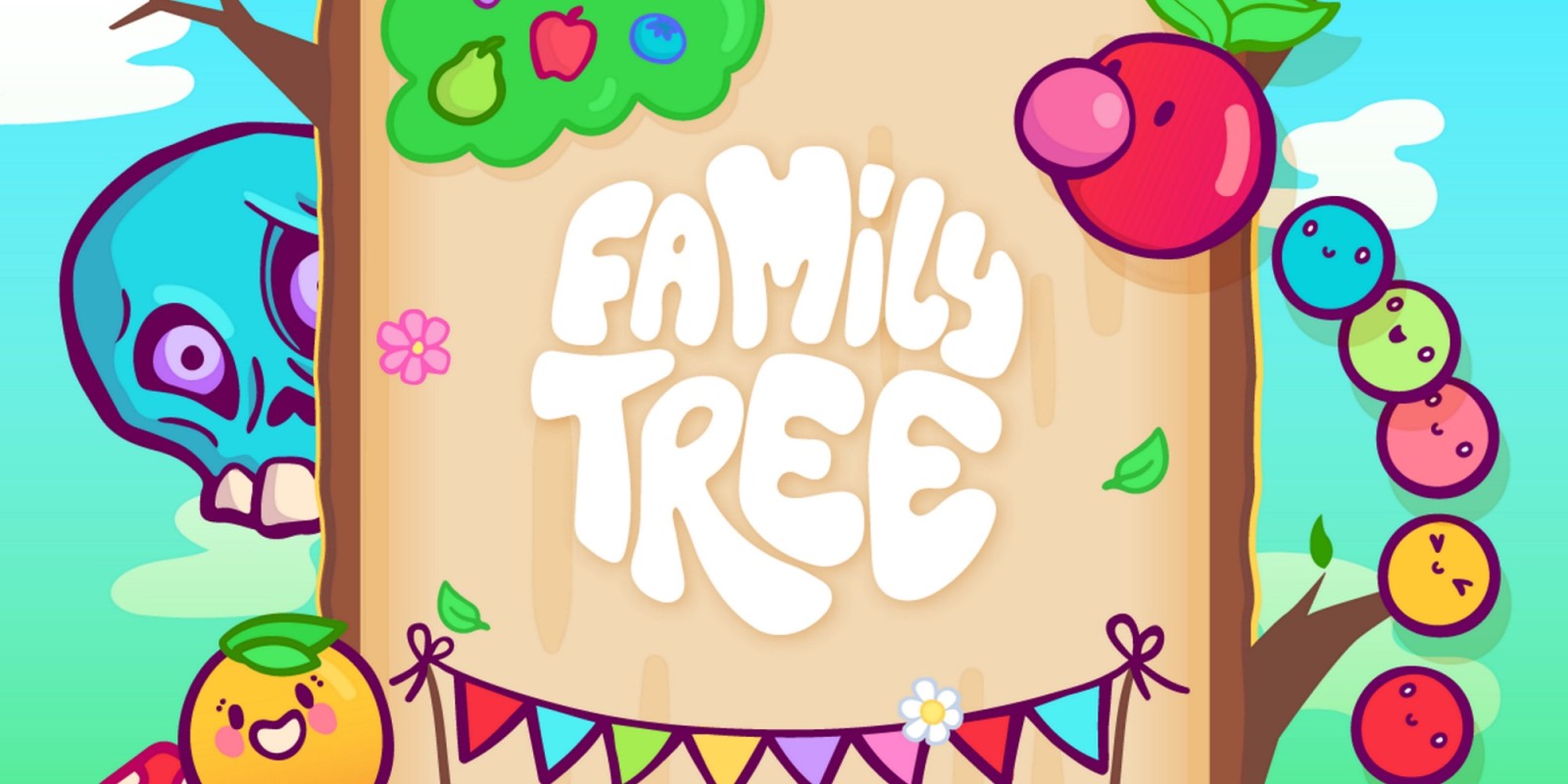 For a genre that doesn’t typically get much airtime, it does feel like pinball is having a moment in 2019. From Star Wars Pinball and Arcade Archives Pinball to some smaller, lesser-known titles, the Switch has seen numerous pinball and pinball-inspired titles joining the ranks recently. Family Tree from Infinite State Games is the latest newcomer, and while it may not be a traditional pinball game, its blend of genre mechanics and platforming elements do create a solid enough experience.

In contrast to traditional pinball where you play on a table with flippers and aim for high scores, the main gameplay of Family Tree takes place in trees filled with collectables. You play as a rotund piece of fruit; the aim is to reach a goal platform after bouncing your way around the tree to collect your kidnapped fruit children. It’s certainly an eccentric premise, but it successfully sets the tone for the experience to follow.

Family Tree’s early levels are uncomplicated, with their few obstacles and generous time limits allowing you to get into the swing of things without much pressure. New mechanics including launch cannons, bumpers, and enemies are soon added, however, bringing welcome variety to the mix. There are also some more standard platforming sections every ten levels, although the controls are very poorly suited to these stages and may entail some frustration.

If you’re enjoying it, though, there’s no shortage of content in Family Tree to keep you busy. The game offers well over one hundred levels with plenty of different mechanics as well as a multiplayer mode. The atmosphere also does a lot to keep things feeling fresh with its quirky characters, delightful soundtrack, and season-themed levels.

Despite Family Tree’s clear efforts to keep things interesting, however, there’s little escaping the fact that the gameplay does get repetitive after a while. This isn’t so much an insurmountable flaw as it is just the nature of the gameplay. The title’s short, sharp levels are simply better suited to filling brief moments of idle time rather than to sustaining a marathon gaming session.

On the other hand, what is more unfortunate is that the game fails to explain certain key mechanics. For example, there’s something that feels like a bonus mode with new music and special visual effects, but it’s very unclear as to what this mode actually gives you. Similarly, there are no instructions for things like the multiplayer-slash-endless-climb mode, so it’s trial-and-error to even work out the win and lose conditions.

There are a handful of other minor details which may also leave you scratching your head, even if they don’t cripple the gameplay experience. For starters, it’s curious that the collectables have no effect on anything in-game beyond your score. Likewise, when you time out, you will be chased by a nefarious floating skull, but getting caught really entails no meaningful consequences as you’re simply taken back to the start of the level with all of your collectables and the only real repercussion is that you don’t get a time bonus. Given that scores don’t appear to do anything functional in the game, this feels quite arbitrary.

If you can look past these design decisions, however, Family Tree is surprisingly good for passing idle moments. It’s colourful, vibrant, and delightfully quirky, and brings some variety to the pinball offerings on the Switch.

Family Tree is a vibrant pinball platformer that’s a perfectly acceptable use of fifteen minutes here and there. It won’t be taking home any GOTY awards, but you can probably do a lot worse for £6.99 on the Switch.