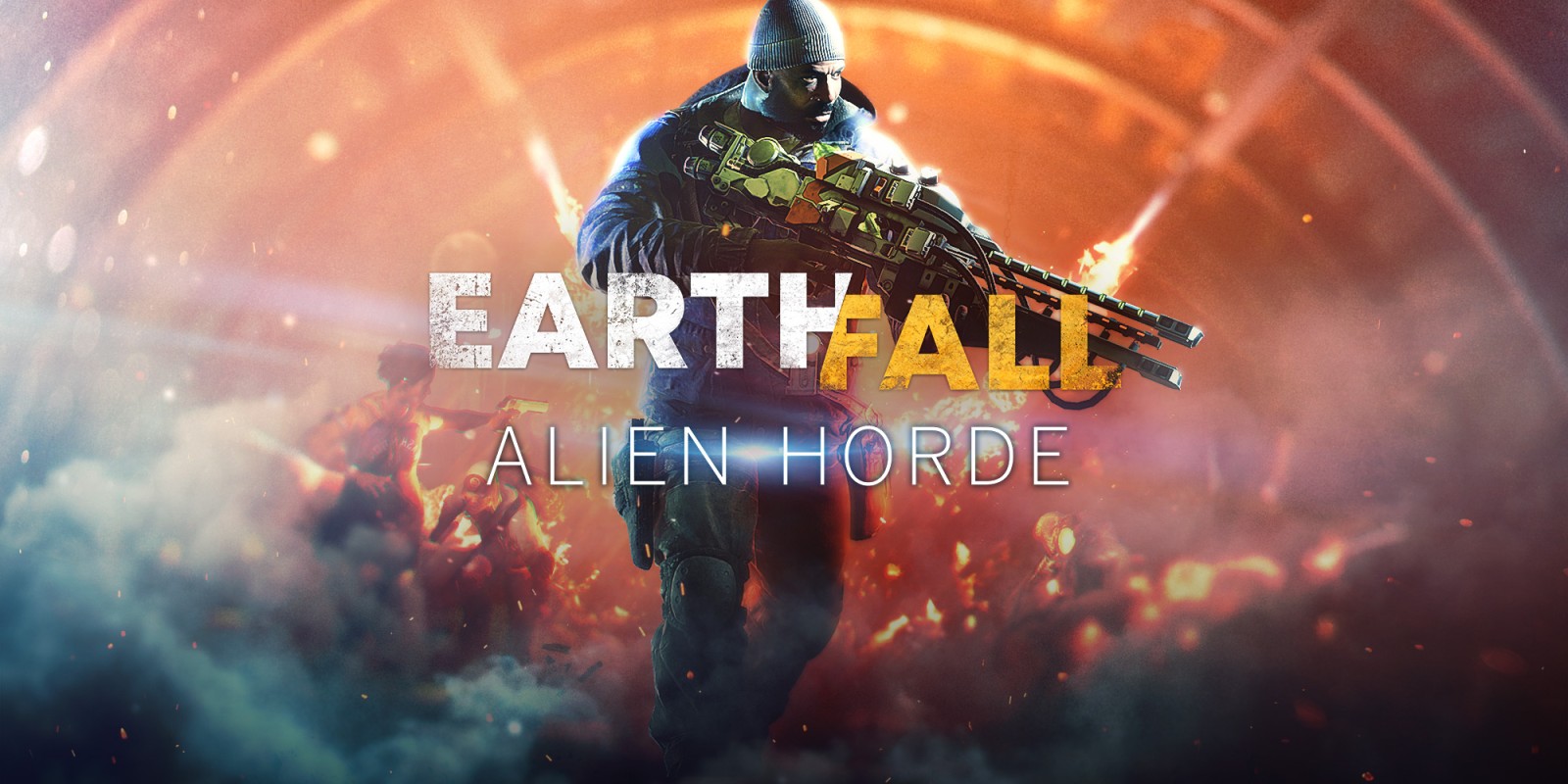 The range of first-person shooters on the Switch still feels minimal.

Sure, we’ve had the likes of Doom and Wolfenstein from Bethesda, and a small amount of indie titles including Immortal Redneck on the eShop, but considering the Wii U had had two great Call of Duty titles where we all ploughed hundreds of hours into the online multiplayer, something feels a little lacking on the Switch. Earthfall: Alien Horde is a first-person shooter with an emphasis on co-op gameplay that is able to be played solo, in local multiplayer, or online — so it had great potential from the off.

Gameplay in this shoot-a-thon is fairly simplistic: make your way around the levels while heading in the direction of the next objective marker and pick off endless swarms of enemies along the way. Completing certain objectives, including switching on power supplies to the 3D printers which produce new weapons and to the self-service health regeneration machine, will make a lot of noise and therefore attract a horde of aliens. This acts as something of a set-piece forcing you to shelve your aspirations of heading to the next objective in order to ensure that you and your teammates aren’t completely wiped out by an overawing throng of alien scum.

There’s nothing particularly inspirational at play here – but of course, the most interesting way of playing the game is with some friends in tow. You can adjust the level of difficulty, as well as the competency level of your AI teammates, but playing that way simply doesn’t compare to the unpredictability of what your real-life friends will do. Online is a bit more of a hit and miss affair and will likely remain that way until the game’s install base heads upwards. After all, there’s no fun whatsoever in sitting around waiting to join an online game for half an hour.

EarthFall accomplishes creating feelings of adrenaline and excitement pretty well. There’s a satisfying team element in having a group of four holed up in a room and being ready to go out guns blazing, but that becomes a little bit less impressive when your teammates start falling and more often than not it would be absolute suicide to even contemplate reviving them. Such is the sheer weight of the number of enemies in the horde which won’t relent from attacking you for a minute. Taking down the horde on your own if three of your teammates have been knocked unconscious is a big, big ask, so take that point as being the death knell – and with no checkpoints of any kind at play, all four team members dropping to the ground means you’re going to have to start a level over from the beginning. That’s not a major criticism, not at all; it harkens back to GoldenEye and other earlier shooters, after all. But boy, is it punishing.

Otherwise, Earthfall costs less than its better-known FPS contemporaries on the eShop and you can quickly see visually why that’s the case. It wouldn’t be unfair to say that the Wii could have handled the environments on show here. There’s nothing particularly awe-inspiring about the level design, which is pretty standard fare by now for players who love their shooters. So this is a game that you’ll be playing for co-op fun, rather to be aesthetically wowed.

Earthfall does offer fun co-op play, for sure, but the action is undoubtedly repetitive. Playing with friends will lessen that sensation, for sure, but more personality and a little more of the unexpected would improve a sequel.

Earthfall is much better when played with friends but there’s nothing here that’ll really blow you away. A solid if unspectacular effort.