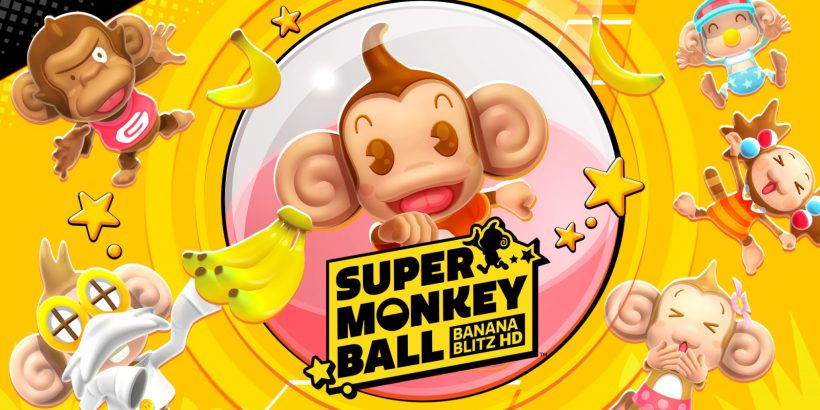 Although nowhere near as iconic for SEGA as the Sonic franchise has been, Super Monkey Ball has been a mainstay in the SEGA back catalogue for almost twenty years now. Having supported almost all Nintendo consoles from the GameCube to the 3DS – the Wii U being the only omission – it was clear that a Switch release was never going to be too far away.

Oddly enough, this comes in the form of an HD remake of Super Monkey Ball: Banana Blitz, which first appeared on the Wii back in 2006.

Releasing to relatively mixed reviews, it represented a step forward in some departments and a misstep in others. The most notable of these was the inclusion of Boss Battles – a first for the series. Well, Super Monkey Ball: Banana Blitz is back, missteps and all — only this time, an HD remake fails to gloss over the tired and tested Monkey Ball model that conjures up little to make a return trip, whilst also failing to take advantage of the Switch’s unique selling features.

Across eight worlds consisting of eight levels each, AiAi and his monkey friends must attempt to retrieve the bananas from the evil space-alien pirate-king, Captain Crabuchin. It’s a story which is about as unusual as a monkey rolling around in a ball and it serves a purpose without ever proving to be much more than that. In fairness, rarely is a Super Monkey Ball game purchased for its storytelling, with fast-paced action and an arcade feel normally the staple instead.

In the case of Super Monkey Ball: Banana Blitz HD, however, the promise of arcade action is overshadowed by uninspiring handling and a lack of motion controls. Tasked with either collecting all bananas in a given time limit or reaching the end goal by navigating a series of platforms, Banana Blitz is all about the handling of the ball and it is neither smooth nor engaging. While the original release had players bemoaning the Wii remote as a poor choice for precision control, the handheld Switch (or Switch Lite) seems ideal. It feels almost unnatural to not tilt the Switch left and right whilst playing, and in my mind it is undoubtable what a great feature that would have been.

Outside of the story mode are three additional options: Party Games, Time Attack and Decathlon. These are exactly as advertised, only this time the 50 original minigames from the Wii release have been condensed into the 10 most popular. Frankly, it is difficult to see why some of them were kept, and there are a multitude of other four-player party games on the eShop worthy of attention rather than working your way through these. With that in mind, the Decathlon mode is almost redundant too as playing all ten of these minigames in a row would not be a good use of game time.

The HD remake of Super Monkey Ball: Banana Blitz HD attempts to reintroduce the SEGA series to Nintendo fans on their latest console, but time has not been kind to this one. Boss Battles have moved on, the ability to jump in a platformer is no longer enough, and an online mode limited to a leaderboard of time trial scores is a little old hat.

Overall, this remake fails to offer anything truly new, and while there are fans aplenty waiting for an excuse to monkey around again, this iteration doesn’t offer a reason to.

Super Monkey Ball: Banana Blitz HD feels at odds with both its former self and the new hardware it is running on. It lacks the functions, features and creativity to do justice to this once well-loved series.