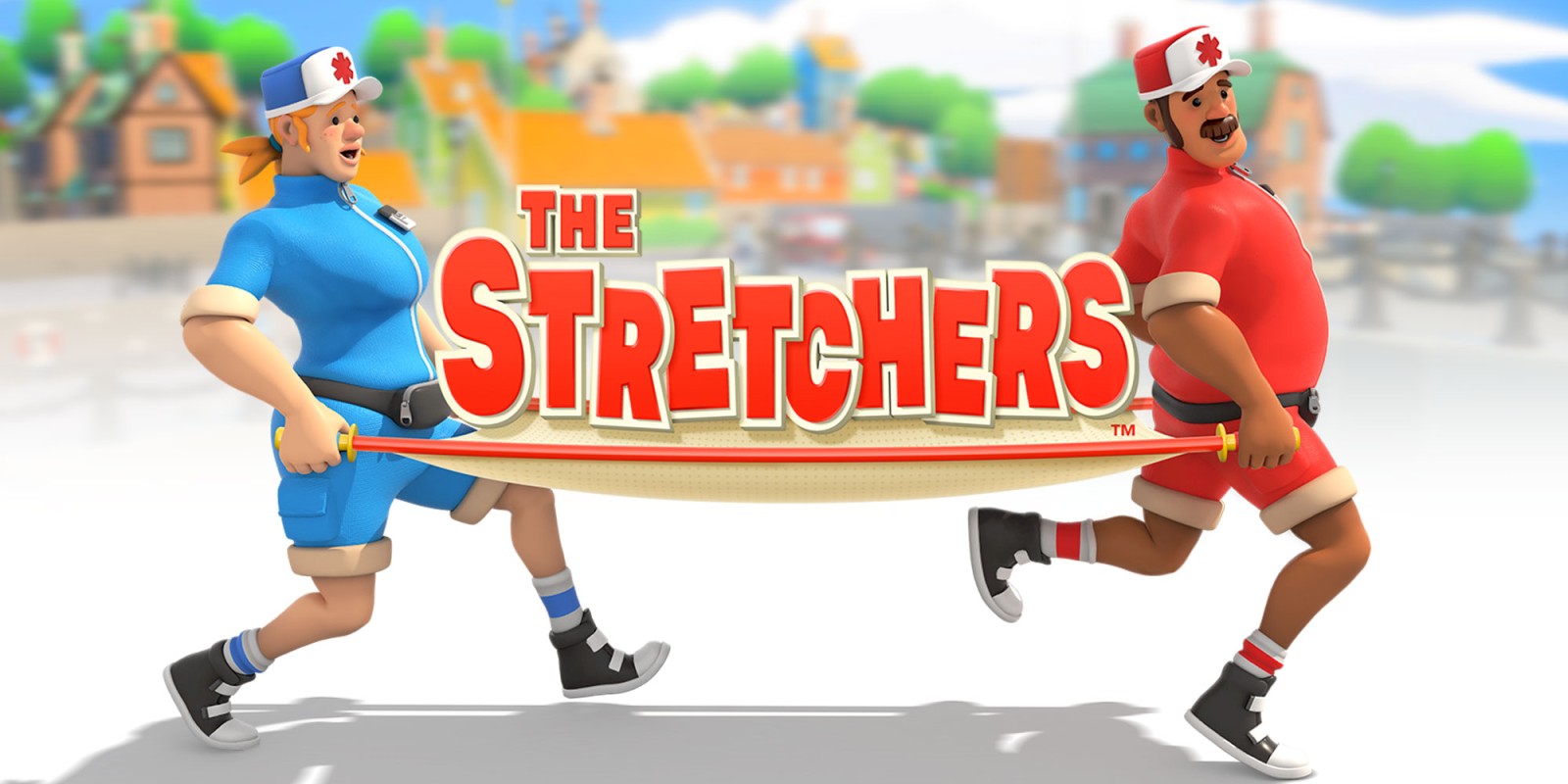 There was a time when a new Nintendo IP would be promoted with months of magazine articles, tongues wagging in the darkest corners of online message boards, and word of mouth bringing anticipation to boiling point.

The Stretchers, released on the Switch eShop last week totally out of the blue, shows things have changed, as far as our favourite Japanese gaming giant’s attitude to new ideas goes. As with the likes of Snipperclips and Flip Wars before it on Switch, Nintendo has produced their latest wacky concept as a download exclusive, but this effort is packed with the sort of insane genius which brings us to think there might be more to be seen from its paramedic protagonists in the future.

This is a kooky game which blends a simplistic open world – way off the Hyrule of Breath of the Wild, and even a little less detailed than the Wuhu Island of Wii Sports Resort – with bitesize puzzle challenges where the two ambulance drivers must negotiate a series of hazards in order to extract unconscious patients known as ‘Dizzies’, who have been put into their state of deliriousness by the evil Captain Brain. It feels as if the developers were heavily inspired by the kids’ TV show Lazytown for the game’s look and its antagonist – though apparently it looks even more akin to Paw Patrol, Twitter has informed me.

For the most part, The Stretchers plays a bit like LEGO City Undercover, with the hospital (which cures all of its patients with an outdoor ray machine, for some crazy reason) acting as the home base. From there, you can jump into the ambulance and then set off for wherever your objective marker is on the map, leaving a trail of smashed lampposts and floored pedestrians in your wake. Arriving at your destination shifts the perspective to that of a co-op puzzle.

Playing with a friend, you each take control of one ambulance driver, keeping in time with one another as you pull out the stretcher and try to manoeuvre it under the casualties – before quite literally lobbing them into the back of the ambulance. You can carry all the casualties on the stretcher at the same time, with random sumo wrestlers in each level weighing considerably more than the average patient and slowing you down. There’s also hidden treasure to be found if you want to extract the rewards from each level fully.

Other than getting your friend to co-operate with you in hitting switches and pulling levers, things are never particularly challenging. Unless you’re playing solo, that is, where your left-hand controls one ambulance driver and right hand manages the other. That level of coordination is very tricky, and it can get a little irritating when you can’t manage to figure out that both control sticks may not always need to go in the same direction all of the time. You’ll have finished the story within about six hours, although completing achievements gives the game some replay value.

But this isn’t a game about the challenge – it’s about the fun. You’ll laugh at callously dropping patients on their heads, or the ridiculousness of the outdoor hospital, and you’ll have a whale of a time yelling at friends when they crouch when you wanted them to stand, and vice versa. It’s simple, light entertainment, and it’s the sort of treat that we want to see more of on the eShop.

The Stretchers will give you the same co-op joy that Snipperclips did – we just wish it went on for longer. It’s a bit too easy and short to justify its price, but it is Nintendo magic nonetheless.