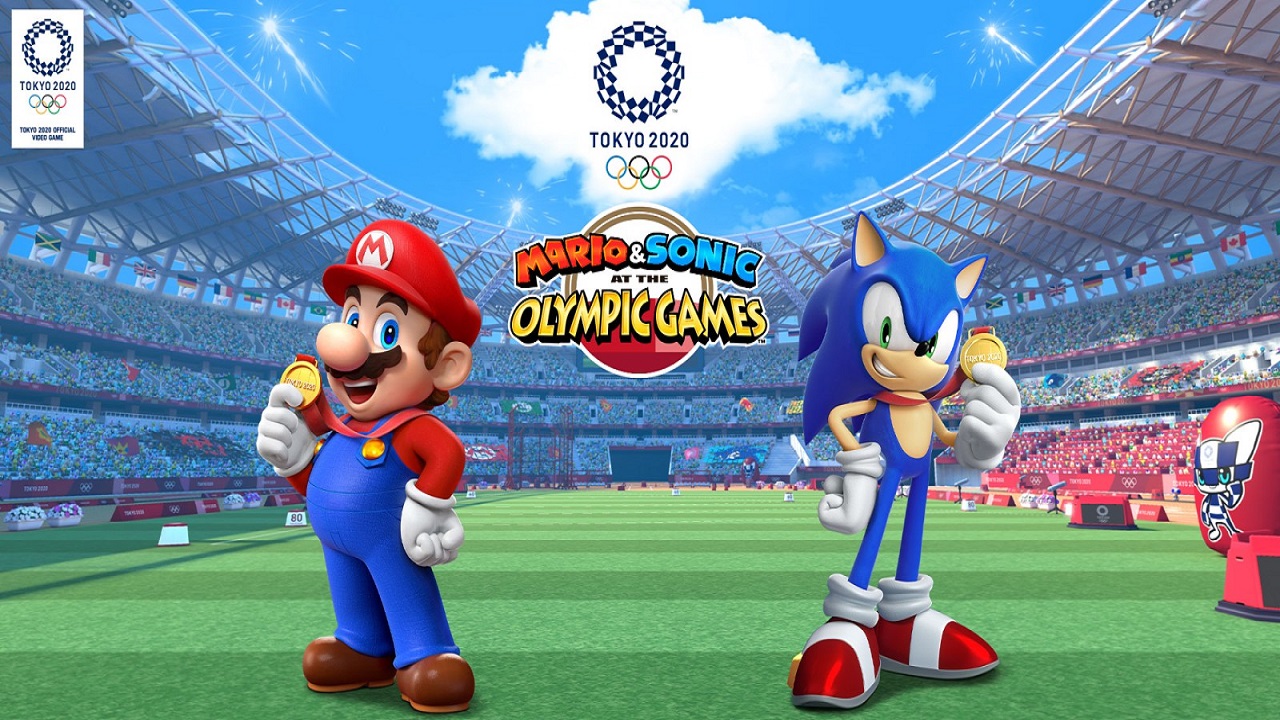 Winter may be coming, but the mascots of Nintendo and SEGA are ready to warm us up for next year’s summer Olympics Games in 2020 with another entry in the Mario & Sonic series. While it can be thrilling watching the Games in real life, these video game counterparts are often no more than a marketing tool made up of lacklustre party games, the sport element hardly a patch on Wii Sports when the series began with Beijing 2008.

If this iteration has one advantage, it’s that the Games are on SEGA and Nintendo’s home turf in Japan. Besides a sports-themed party game, Tokyo 2020 gets to be a loving tribute to its host city packed with tourist-friendly references to delight Japanophiles. Most of this comes across in the new single-player story mode, which doubles as a sightseeing guide for some of Tokyo’s famous destinations that you can visit between competing in the 24 events on offer.

The story – involving Mario, Sonic, Dr. Eggman and Bowser getting trapped inside a video game console – serves as an excuse to introduce Tokyo 2020’s rather neat retro mode, which also celebrates the the 1964 Tokyo Games. The stroke of genius is that these ten additional events are in 2D, with Nintendo and SEGA’s characters appearing in their iconic 8-bit and 16-bit forms respectively (why it’s just this mode that features voice-over commentary is another matter).

It’s still only a slight mode, lasting just a few hours, padded with more dialogue boxes than you’d expect. It’s also bizarre that you can unlock additional characters for the rest of the game but they’re restricted to just a specific event; after all, if Bowser can already take part in Gymnastics while Metal Sonic can batter Peach in Karate, surely anything goes?

Coming back to the events themselves, the ’64 mode may be more restrictive in terms of its playable characters and limited to just two players, but as it’s based on button controls, it’s also simple old-school arcade sports sim fun. This mode manages to put an inventive spin on its events, from the QTE-based platform diving to the rather hectic stamina management of running a marathon.

Modern-day events, on the other hand, are playable with either buttons or motion controls. In the latter case, it can be with either a single or two Joy-Con, though restrictions on which option you use may be imposed depending on the event you are participating in. In any case, to keep things fair, all competitors have to play in the same style.

It’s hit-and-miss when deciding which control method is best, namely because each game has its own unique controls and rules, and at times some events seem needlessly complicated. For instance, who would have thought the 100m sprint would require more than simply mashing a button or shaking your controller? You’ll likely experience confusion when trying an event for the first time, which makes it a relief that events are only quick casual matches rather than set up in a tournament fashion. That said, it can still get annoying switching and resyncing controllers for each event, especially in a party setting.

Unlike other control methods, all events in Tokyo 2020 can be played with buttons, so it is overall the safer bet. Nonetheless, motion controls have their charm in some events. Dual Joy-Con certainly feels more natural for running when swinging both arms, and also functions well in the new Sport Climbing event, even if you’re technically grabbing onto climbing holds one hand at a time. Of course, if you’re short on Joy-Con, that might rule out dual Joy-Con if you don’t want to leave people out, though naturally the events that play well with a single Joy-Con are when you’re already holding something with one hand in the first place, such as Fencing, Badminton or Table Tennis. In contrast, its implementation in new events like Skateboarding and Surfing is as an awkward afterthought, while shaking a controller with one hand to run still looks ridiculous.

Sadly, not many good things can be said about the Dream events, either. Dream Racing, which replaces previous on-foot iterations with hoverboards, is a lacklustre combination of F-Zero and Mario Kart, while Dream Karate is just a bit too hectic for its own good. As for Dream Shooting, just imagine how a split-screen version of Splatoon played with a single Joy-Con that uses gyros to aim and turn might work (spoiler: it doesn’t).

Even with all the welcome new additions, Mario & Sonic at the Olympic Games Tokyo 2020 is a mixed bag. Yet for all its weaknesses, it’s still a charming and attractive package if you’re looking for a silly and fun party game to mess around with friends and family over the holidays that doesn’t demand too much and offers a decent range of options on how to play.

It may not last you until the Summer Games roll around next year, but the homegrown attention-to-detail and retro mode go some way in making Mario & Sonic at the Olympic Games Tokyo 2020 a charming package for casual multiplayer fun this holiday.