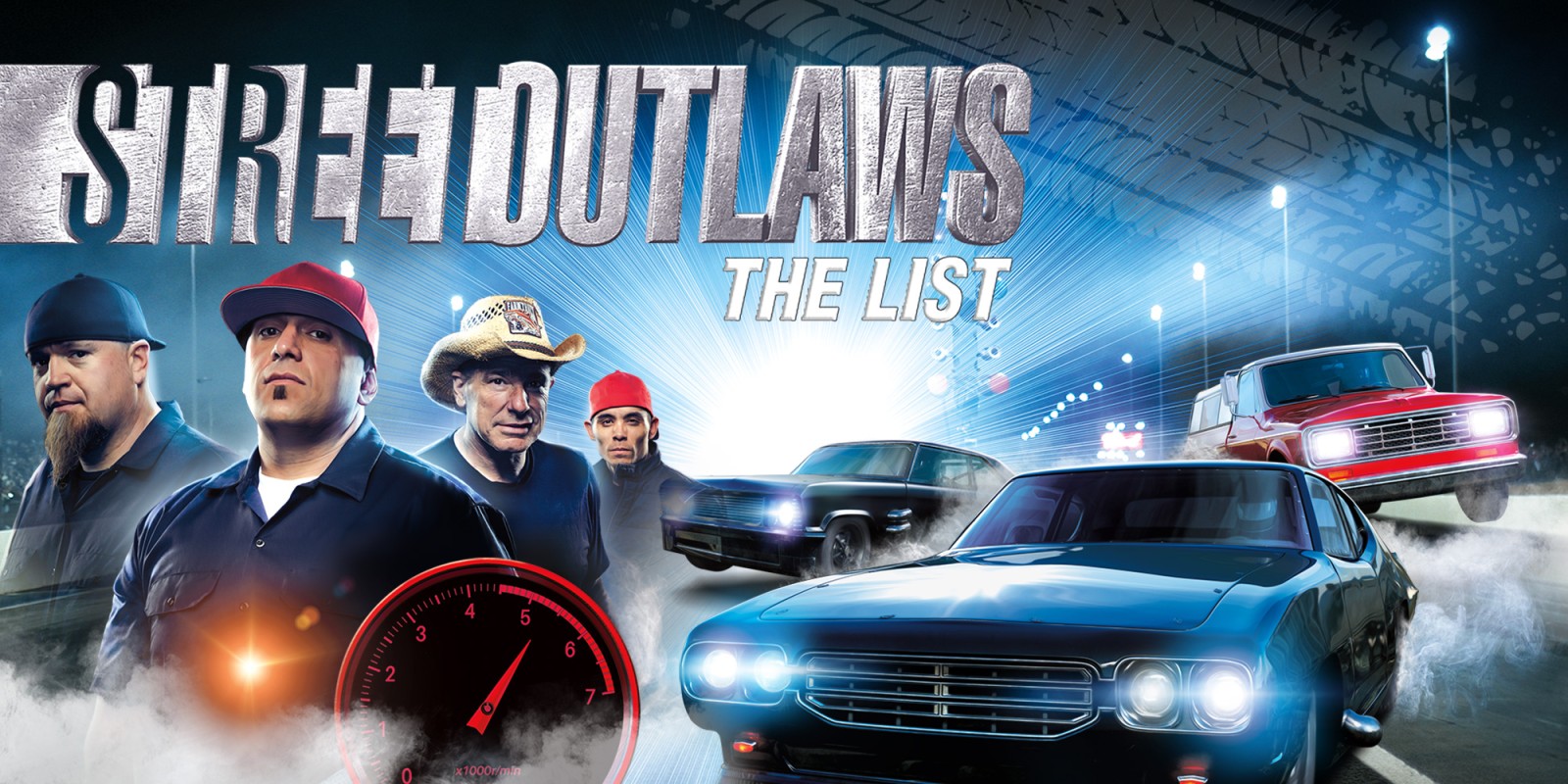 Street Outlaws: The List is a racing title where you play as a newcomer to the Oklahoma City drag scene, competing against high-ranking members of the infamous “List”. Based on the Discovery Channel TV show, this game follows the guys made famous by not only their racing skills and their top-notch vehicles, but by their fight to become the top racer as well.

With competition from across the United States, these racers compete for money, pride, and placement, in order to lead the list – or go home with nothing.

The story is directly based on the show, and the characters who show you the ropes are straight from it as well. If you aren’t familiar with the show, you’ll be a little lost as to who is who and why they are important, but regardless you can focus on bettering your car and winning races, while not having to put a lot of thought into what is happening.

The story mode has you work through the episodes of the show, and you’ll soon find the monotony builds – unless you adore driving in a straight line for ten seconds. You can choose which races to enter across the United States, with a couple unlocking at a time. Time-based challenges and control scheme teaching moments show up on the map every once in a while to interrupt the monotony, but all in all this is the loop: race, work on car, race some more. The whole experience is only a few hours long, with Quick Play also available for those looking for an even shorter experience.

Drag racing in this game consists of squealing your tires to get them nice and warm, followed by a mini-game to move as close to the starting line as possible, with the actual race following. In order to race, you hold down the accelerator and brakes until you are told to “Go!”, followed by driving the car and keeping it in your lane for a few seconds until you reach the finish line. The simplicity of this whole thing is beyond mind-numbing, but for those perfectionists out there, you can really focus on precision inputs to get your time down a few fractions of a second.

The real meat and potatoes of this title come in customising and improving your vehicle. You can choose one of a few starting scrap heaps, with which you will go dumpster diving to find better parts for cheap. You also win cosmetics for your car with each race, so you can make it your own style as well. The mechanical side of the game is quite complex once you get started and, without basic knowledge of car parts, you will probably find yourself just dumping whatever new parts you get into the vehicle with the hopes they are better. With a colour-based ranking system for these parts, as well as an alphabetical matching system to get better cohesion between parts, you will have a lot to work with.

All in all, Street Outlaws: The List is a boring drag racing title that doesn’t mind if you don’t know about the show or how cars work, but you better learn (and drive) fast, as it will be difficult to properly increase your cars standing whilst knowing very little about engines and transmissions.

Although the game can be played without that knowledge, it becomes even more of a drag without having that little bit of something interesting to focus on.

Street Outlaws: The List is a total drag. Not only is the racing boring to the level of watching paint dry, but the mechanical upgrading of vehicles is complex for those who aren’t knowledgeable about cars. Only devout fans of the show or hardcore racing fans will find pleasure here.