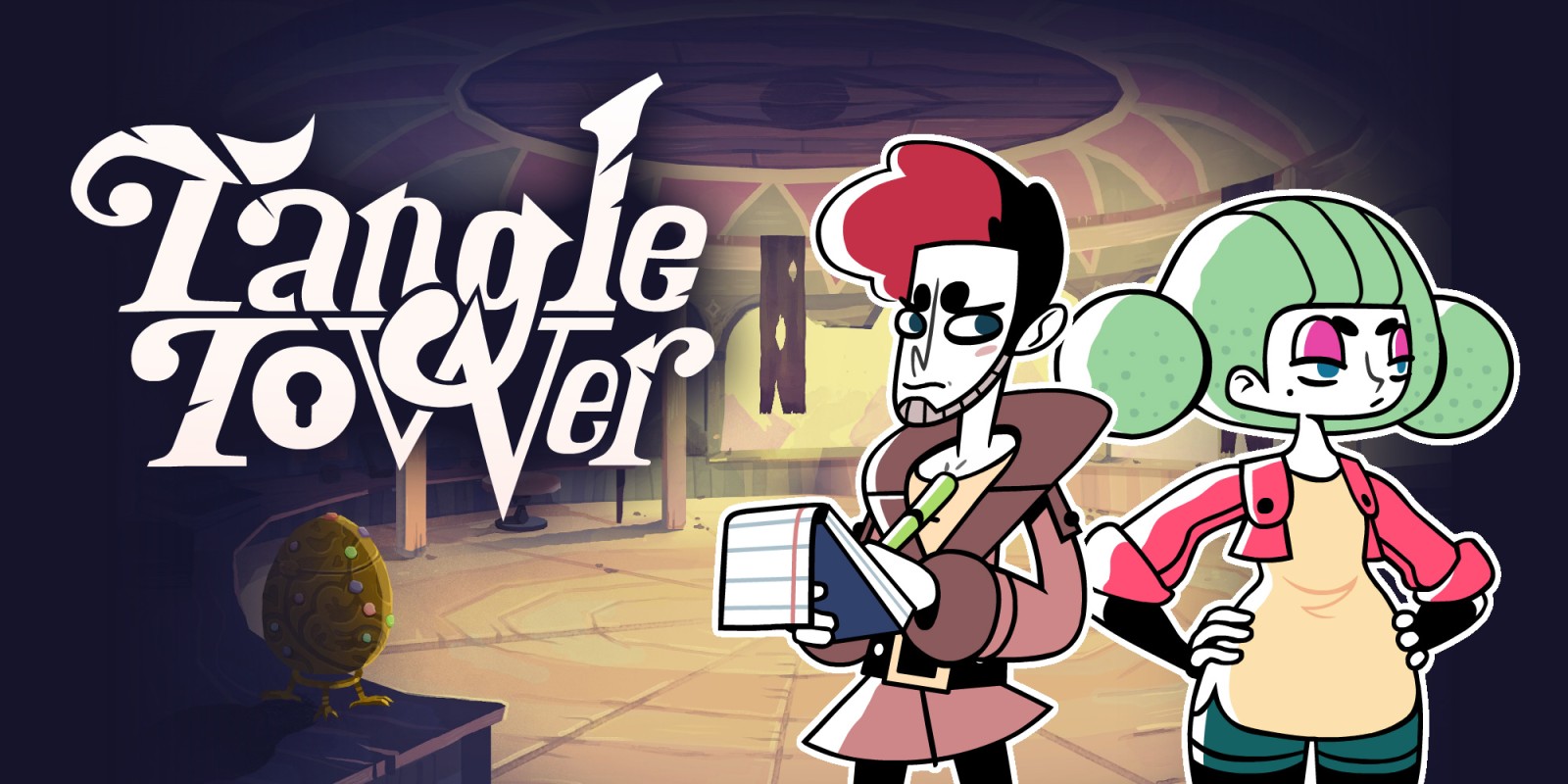 Point-and-click games have had something of a resurgence in recent years, allowing players to experience a plethora of wonderful adventures with a simple control scheme. Tangle Tower is a recent example in which you play Detective Grimoire, alongside your partner Sally (yes, she is just called Sally). A young girl by the name of Freya Fellow has been murdered, and it is up to you to meet with the inhabitants of the tower and discover who killed her. The story seems basic on the surface, but grows in scope and intrigue as more is discovered.

The gameplay is as you would expect of a point-and-click mystery game, you move a cursor around the screen and click on whatever it is that you wish to interact with – or tap the screen should you be playing in handheld. There is no free movement as you will spend your time clicking on objects, solving puzzles, and questioning characters before finally solving the mystery.

Most of the depth and interest of Tangle Tower lies in the fantastically unique cast of characters and the variety of puzzles to be solved. Upon starting the game, the first thing that struck me was how good the dialogue and voice acting was, as you will be spending such a large amount of time conversing with the residents and emptying your pockets to show them your object collection; it’s a good job that it is such a pleasure to do so.

The puzzles of Tangle Tower vary greatly, some are solvable immediately, while some may require a return at a later date. Each and every one of them provides a unique challenge that is a lot of fun to figure out. Should you be struggling, worry not, as if you continually fail to figure out the solution, gradual hints will be dropped in character dialogue to ensure you don’t remain stuck forever.

Hints are present across the entire game. If at any time you find yourself unable to progress due to missing a single object in one of the rooms and don’t fancy reexploring, a helpful hint button on the map will give you pointers on where to go next. Not a feature for everyone, but something I’m sure many will be glad is there. It doesn’t just tell you exactly what to do thankfully, but rather provides some slight guidance to point you in the right direction so as to not wander around aimlessly, thus making for a very streamlined experience.

Tangle Tower looks and runs beautifully, with smooth animation and a very charming simplistic art style, it is a true joy to just watch what the characters do during a conversation. Both handheld and docked players will be in for a treat, however, ultimately I found handheld to have the best control scheme with it making great use of the touch screen.

But not everything about this game is perfect. While the dialogue is indeed great, sometimes Grimoire will talk as though he is unaware of something you have already solved, it can be a little frustrating and feel as though you have taken a few steps back in terms of progress – this obviously greatly depends on the order in which you do things. Despite this, ultimately, the game is a wonderful and charming adventure game with a fascinating story to uncover.

Tangle Tower is a pleasure to play. An interesting story, well-crafted gameplay, and a brilliantly diverse cast of characters marred only by small faults here and there still make it an easy recommandation for adventure game fans.