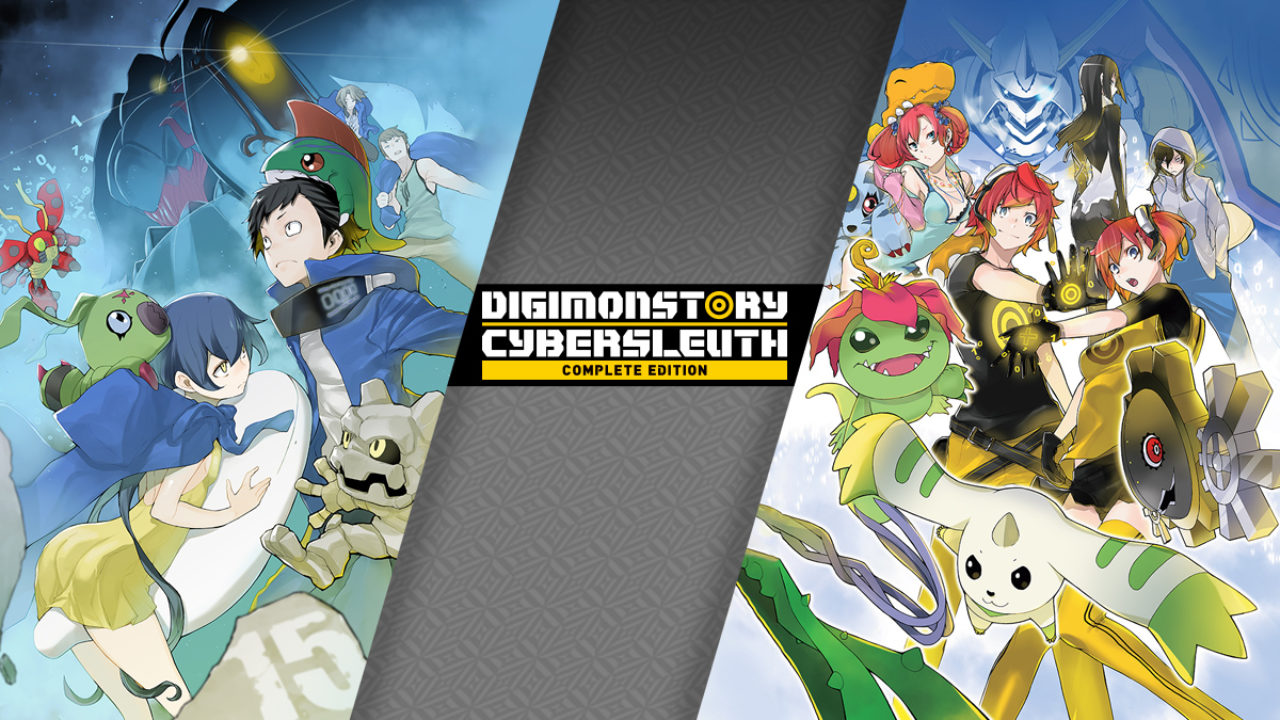 It goes without saying that Digimon doesn’t hold the cultural relevance that it once did, which pales in comparison to the more popular Pokémon series. Regardless, we’re here talking about the latest Digimon-based release a good 20 years after its first episode aired and, coincidentally, released mere weeks prior to Pokemon Sword & Shield‘s much-anticipated launch. Yet, all things considered, the lowered-expectations most would have for the game do it an injustice. This is an incredible RPG content-wise, regardless of where your collectable-monster allegiances lie.

Digimon Story Cyber Sleuth: Complete Edition wraps both 2016’s Cyber Sleuth and 2017’s Hacker’s Memory together in a neat, nostalgia-inducing package. The former of the stories is the recommended one newcomers start off with, although that’s not necessarily a requirement as both take place in the same universe alongside one another. For those expecting a Pokémon-esque adventure in terms of the story content, this is where you’d likely be surprised.

Cyber Sleuth doesn’t feature the care-free attitude that Pokémon employs, but instead appears to resemble more of a Persona-lite take on narrative and world design. The story focuses around Takumi Aiba who, after being grabbed by a mysterious creature mid-way through logging off from the Digital World, seemingly has his data corrupted. This, in turn, causes Aiba to wake up in the real world, albeit in a digital manner, and so the quest to return his two halves together begins. Whilst the premise is indeed interesting, it doesn’t quite provide a narrative sufficient enough to carry the experience on its back, with nostalgia having to provide further incentive to continue, but it’s certainly a step-up from the jovial tones employed by its biggest and most obvious competitor.

The core mechanics of the game, however, don’t necessarily do enough to distinguish themselves from that of Pokémon, although that won’t be a shock to Digimon fans. Battles act as a turn-based affair and, for the most part, are fairly challenging throughout. Or, rather, your enemies have high damage output, even if they aren’t the smartest with move choices, so it’s always best to carry copious healing items.

Battles eventually result in your many creatures being able to “Digivolve” into more powerful creatures. Uniquely, the option to revert the many Digimon to their prior forms in order to choose a different evolutionary path is also available, meaning that your team can adapt to the many challenges you encounter as you see fit.

The method by which you obtain additional monsters is also streamlined but, unfortunately, takes away a lot of the challenge and excitement that typical monster-catching titles present. The more you encounter an opposing Digimon in the wild, a percentage value fills an arbitrary amount and, upon reaching 100%, makes it available for all your battling/raising pleasures in the Digilab. Whilst finding more of the same creature out in the wild allows you to create stronger versions of that specific ‘mon going forward – ideal for those that desire perfect stats in their collectable team – it ends up feeling like a more passive form of progression, as opposed to the more deliberate offerings found elsewhere.

Thankfully, the looks of the many Digimon – of which there are 341 across both titles – are all of a high quality and are clearly the graphical focus. The world is somewhat less impressive, but gorgeous nonetheless, and the graphical fidelity is complemented by a stable FPS throughout – a feat that not all ports have the pleasure of achieving.

Digimon Story Cyber Sleuth: Complete Edition teeters on the precipice of being a must-have JRPG, but is, unfortunately, let down by a myriad of story-related issues. Thematics and pacing complaints aside, however, there’s certainly plenty of content here to keep JRPG enthusiasts thoroughly entertained.