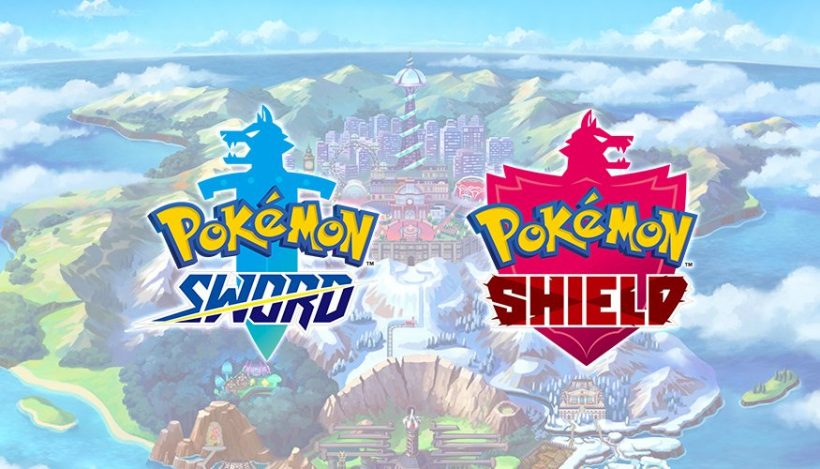 Pokémon releases have been no stranger to controversy. We all remember the ‘Too much water’ comment thrown at OmegaRuby/AlphaSapphire by IGN a few years ago, and this year the bombshell that not all of the series’ now-890 Pokémon would be included in Sword and Shield sent the internet into meltdown. In a franchise where the premise has always been catching ’em all, to not have the opportunity to do so was inconceivable.

That was just the first in a series of underwhelming aspects of Pokémon Sword and Shield. This, the first main-series game in the franchise to be released on a home console, was surely going to be the pinnacle of the series, much like Breath of the Wild and Odyssey were for Zelda and Mario. But, other than the Wild Area, an open world-ish zone with free camera controls and Pokémon of all species and levels roaming around, the majority of this iteration feels like it could have been done on the 3DS.

Sword and Shield still overuse the handholding of more recent games in the series, rarely offering you a choice of where to go in your exploration of the new UK-inspired Galar region. You need to stick pretty rigidly to the storyline, with little freedom to wander as you please – a little more of the Breath of the Wild approach to exploration would have been hugely welcome here. Whether more time could have been spent on overhauling the game’s rigid plot, I’m not sure, but it’s certainly worth revisiting the current model of a new Pokémon adventure being released in time for every Christmas if it would mean having more flexibility.

The game’s story has nevertheless been given a little tweak and shows glimpses of becoming engaging at points, but too much is reminiscent of what we’ve seen in previous Pokémon games. Rival Hop, an irritating, ants-in-his-pants brother of Pokémon League Champion Leon, seems to be a carbon-copy of Hau, who filled the same role in the Sun and Moon games, getting ahead of himself and leading the way before becoming overwhelmed and tailing off just as things get interesting. The new bad guy gang, Team Yell, are reminiscent of the wacky Team Skull from Sun and Moon, while the main villain simply isn’t given a prominent enough role to be interesting in any way.

The Wild Area is Sword and Shield’s jewel in the crown, spanning the central area of the map and revealing Pokémon weak and ferocious right from the off. New to this generation, Gym Badges now affect the level of Pokémon you’re able to catch, so that Level 40 Onix you spot after first getting off the train to the Wild Area can only be battled for XP to start with; you’ll need to return later to catch it. Using the right stick to swivel the camera, as you can in the Wild Area, should be standard in Pokémon now – I would like to see the entirety of the series’ next game delivered like this. Rigid cameras and one-dimensional adventuring suited the Game Boy and the DS, but not the big screen.

There are minimal random encounters in long grass, a feature carrying over from the experimental Let’s Go Pikachu and Eevee games of last year, and that’s a fantastic inclusion – wading around in the long grass and hoping something rare would spawn was a chore in older Pokémon games, and it’s a lot easier now to dodge wild Pokémon if your team’s health is low. The Poké Ball Plus which came bundled with those games is used again to level your Pokémon up on the go, but it’s not emphasised at all this time around, for some reason. Pokémon GO is represented also with Raid Battles at ‘dens’ marked with red beacons of light all over the Wild Area – you can gather friends locally much like in the mobile game to take on one Dynamaxed Pokémon for the chance of catching it. If you have no friends to hand, the game will populate some CPU trainers in to fill the gaps.

And the Wild Area is just one of several scenes in these games which look quite beautiful; there’s something spectacularly impressive about the design of the towns based on everything from mechanical industry to ancient civilisation. On the other hand, the designs of the eighty-or-so new Pokémon and the Galarian forms of existing ones are of mixed quality, with Corviknight and Sirfetch’d at the excellent end of the scale and the plain white Milcery propping up the rear.

That being said, while the designs generally look good, there’s room for improvement — namely, the towns themselves are far too barren. While the stadiums with their varied pre-Leader battle missions are a fantastic inclusion, there’s essentially very little else to do other than the Gym Challenge in each town; the town offering the Dark Badge is entirely a Gym challenge with nothing else to take in whatsoever, which is quite disappointing. Likewise, while there is the odd handful of insignificant NPCs to talk to, they are lacking when it comes to adding to the lore and building any sense of intrigue. When the designs are so attractive, you want to explore these places as if they were a living, breathing world, so there was a persistent sensation of untapped potential.

The music is in keeping with recent Pokémon games – electronic, and sometimes not really matching the action when you’re on the move, which was particularly noticeable in Motostoke. Additionally, the absence of voice acting is jarring right out of the gate, particularly on the TV screen. The games’ opening gambit would have carried far more gusto with the sort of voices we hear in the anime, and it would have been a masterstroke to spruce up the series by injecting voices – and updating all the retro cries of the Pokémon – here. Opportunity missed.

Sword and Shield have done away with the Z-Move gameplay feature of the Sun and Moon games, and there’s no return for the Mega Evolution first introduced for X and Y. Instead, this generation of Pokémon’s gimmick is Dynamaxing, which takes inspiration from the Raid Battles of Pokémon GO. For three battle turns, you can choose a Pokémon to multiply drastically in size, gaining four new superpowered moves for unleashing as much destruction as possible. This isn’t a feature in every battle; it’s limited to stadium battles against Gym Leaders and at Pokémon Dens in the Wild Area. This largely helps to keep battles more tactical, but there’s a special degree of epicness in unleashing them for a final one-on-one battle with a Gym Badge at stake. That being said, chances are this will simply end up as another forgotten gameplay gimmick by the time the next generation of Pokémon games comes around.

Overall, the feeling which keeps boiling to the surface is that of an overwhelming lack of ambition. Sword and Shield is undoubtedly a Pokémon game, so there is a minimum quality level as standard, but other than the Wild Area, I felt like I’d played it before. This was supposed to be the finest moment for the series, but overall this one was just going through the motions.

Pokémon Sword and Shield are solid Pokémon games but are too close to what we’ve seen before. It was time for some more ambition to rocket the main Pokémon series onto TV screens, but far more ambition was required than delivered.