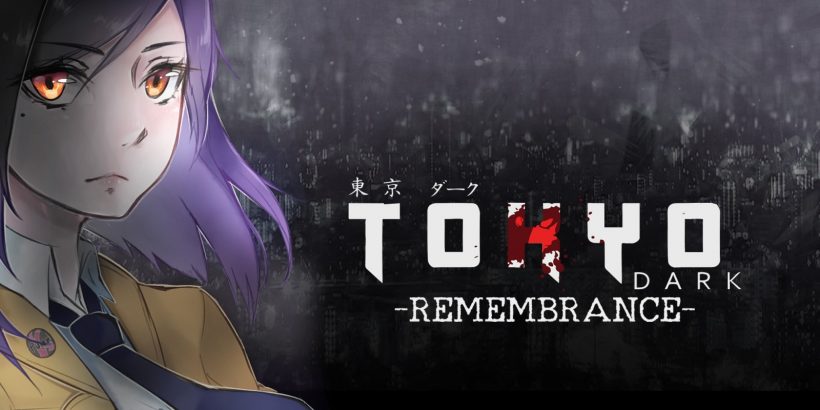 Things are all going to pot for Detective Itō.

Whilst investigating the disappearance of her colleague and partner, she comes face-to-face with the demonic presence of a character she thought she’d seen the end of following a tragic hostage situation some time back. From that moment on, her life steadily goes from bad to worse, as she has troubles at work, requires pills to combat her increasing level of insanity and later finds a mask that does unexplainable things to those that choose to wear it.

Characters on the whole are largely seedy in this half-horror, half-noir narrative, from the dodgy types you’d find in nightclubs, to mob bosses using henchmen to do their dirty work, to portly, balding, old men who take advantage of unsuspecting young women hidden behind a sewer grate. Yes, this is a game that tackles adult themes and isn’t suitable for the whole family, but then I haven’t even gotten into the part about the bar where all the waitresses dress up and act like cats. Yep, that’s a thing. Even in Detective Itō’s police station, you never feel like you can fully trust all of the characters that you meet.

The localisation work here has been excellent. In my playthrough from start to finish, I didn’t come across a single spelling mistake or error in grammar and there was even English printed on advertisements showing in the game’s background – whether this was present in the original, I’m not sure, but it’s something which jumps out as a positive. When there’s such an immense level of text in a game, to have achieved that with little to no mistakes is no mean feat.

Gameplay, though, is rather dull. There are over ten different endings to the story which are affected by your decisions in the game, but otherwise the rest of the game is about moving from location to location and then stopping to click through pages and pages of text. Just about the most exciting that things get is when your choice of decisions involve the option to shoot someone, but of course that isn’t going to do much good for Itō’s sanity levels. Sanity is just one of four aspects of Itō’s being which you must manage, alongside her professionalism, investigation and neurosis levels. Drink on the job and you’re going to mess with her professionalism qualities, ask the wrong questions and you won’t do the investigation any good, and forget to take pills frequently and her mind will be all over the place. It is these characteristics which must be manipulated in order to see all of the game’s endings.

Sure, this game is text-heavy, but it would have been nice to see some voice-acting. With crisp and beautifully-drawn anime visuals continuing between cutscenes and the gameplay, you feel like you’re watching something on TV more than playing a game, and given your limited interactions and all of the text-scrolling, you can’t help but wonder whether Tokyo Dark -Remembrance- would have been better off as something to watch rather than something to play. The Tokyo presented here, though seedy, is engrossing and believable, and it is one that you’re going to remember some time after playing the game. But personally, in retrospect I’d have preferred to sit back and watch this acted out over punishing my thumbs with reading all of the text.

Tokyo Dark -Remembrance- has a great story and a great look, but is text-heavy and lacking on the gameplay front. It feels like a game more suited for the TV than it is for a Switch controller.