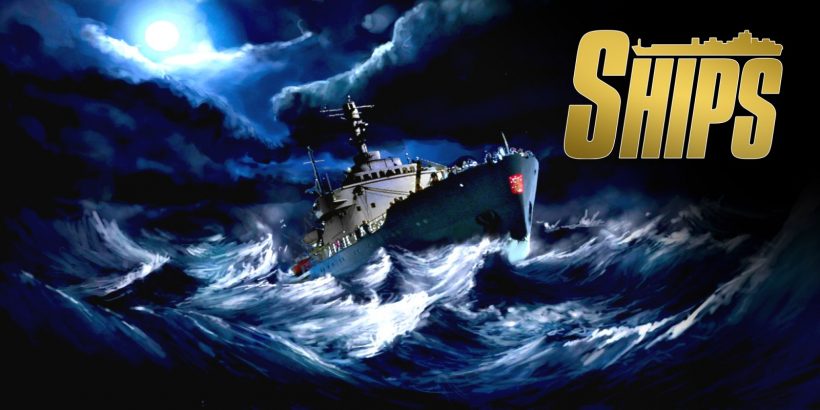 It seems that after the massive success of the annual Farming Simulator titles, a huge plethora of different simulation games were made exploring the most niche activities you can think of. They come in very different formats and explore unique themes but, in general, they can be divided in two big groups. First, there are the ‘serious’ simulator titles – mechanic-centric games where you need to perform activities following a strict method and expertise, like in Car Mechanic Simulator and PC Building Simulator. Then, there are the parody simulator titles, games such as Surgeon Simulator or Goat Simulator, which don’t take themselves too seriously.

Despite not displaying the typical ‘simulator’ label, this game that was released as Ships on the Nintendo Switch – which is, in fact, a port of a PC title named Ships 2017 – follows the most serious approach of the simulator genre. Here, you’ll control a commander of… various things related to a ship. Yeah, that’s a weird description for this title, but it’s different than a game like Fireflight Simulator or Euro Truck Simulator as the activities you’ll perform in Ships aren’t related to a single profession, but rather to the needs of the entire ship.

This means that in Ships you’ll be taking different roles on many activities related to a modern cargo ship. From the repairs that the ship needs to keep navigating to the actual act of piloting it, you’re the jack-of-all-trades who’ll be in direct charge of every small activity. Conceptually, this should lead to a better experience. After all, you would have a huge array of different gameplay styles, so the game should keep fresh through the whole experience. The reality, however, is a bit sourer.

While it is cool to have a wider array of activities, the types of missions you’ll find in Ships aren’t very pleasant to deal with due to limited and simplistic controls. First, there are some missions that aren’t much more than a menu where you press a button to change things. That happens on the instances where you need to repair the ship, but also on some missions where you need to command your crew to put out fires or rescue people on the water.

The more elaborate missions – both when it comes to controls and visuals – are the ones where you have direct control over the port’s cranes or the ship itself. With the crane, you’ll load or unload the ship with huge containers. These are simple missions, where you only need to be careful to not damage the ship or the cargo. When controlling the ship, then, you must travel from one port to another, while dealing with climate changes or environmental obstacles. These are slow-paced missions (the game even allows you to increase the game’s velocity), where you have a little bit more control over what’s happening.

But even on those more elaborate missions, Ships doesn’t really provide enough to be a worthwhile experience. With just a few types of missions the game gets repetitive quickly. In addition, the game’s presentation doesn’t live up to the Switch’s standards. With square-shaped environments and low-res textures, graphics are subpar at best, with a really awful draw distance on the aquatic segments.

Overall, when you think about the experience of Ships, at its best, it delivers a rudimentary simulation of ship mechanisms that aren’t actually fun to play or to watch. Avoid this shipwreck.

It is hard to find reasons to praise Ships. It tries to provide a variety of missions surrounding the ‘ship’ thematic, but its simplistic controls, slow-paced progression, repetitive missions, and subpar graphics makes it one of the worst simulation games available on Switch.