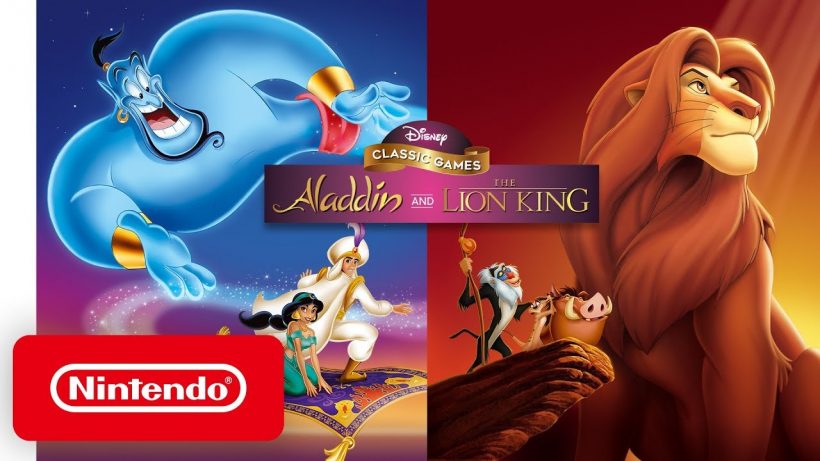 It’s only been in the most recent generation of consoles that movie tie-in games have (thankfully) died out – at least for the most part. Their inevitable release alongside a major motion picture used to be as sure as the day is long, but now, largely thanks to the middling levels of critical and commercial reception, these releases have come to a halt. Nowadays, the seemingly ever-increasing cost of game development is deemed not worthy of chasing for them.

Times were different when Aladdin and The Lion King released in 1993 and 1994 respectively, as both were revered for their true-to-movie aesthetic and sounds, as well as challenging gameplay. While this collection, titled Disney Classic Games: Aladdin and The Lion King, isn’t necessarily needed, then, it’s most certainly welcome, and serves as a stark reminder to how far this once-humble hobby has come.

Having it be billed as a collection and nothing more would be, to be frank, par for the course for such couplings of once-revered titles. Instead, developer Digital Eclipse decidedly approaches this as more a celebration, including, amongst other things, the copious ports of both titles across varying platforms, ranging from the Sega Mega Drive – also known as the Sega Genesis for those in North America – to the Game Boy Colour, and everything in-between.

Although I’m sure most will stick to a single platform, it’s a curious diversion to see the defined differences that the platforms of yesteryear had to tackle, as opposed to the mostly-minor graphical ongoings that we, the wider gaming community, unnecessarily split hairs over nowadays. For what it’s worth, the art on show still holds up to this day, proving how the original developers, Virgin Games, mastered art direction in both titles at hand.

The gameplay is as per the original design, and true to form, this unfortunately includes the wonky collision detection found in both titles, prevalent in the many precision-based platforming segments throughout. The addition of an instant rewind feature alleviates many accidental, frustrating deaths, though I’m torn as to whether such a feature cheapens the truly aggravating experience that many – including myself – had to endure in the past.

Make no mistake, I appreciate it, and any form of failure that is caused by poor design as opposed to a lack of skill is an unwelcome one, but it’s not the “classic” experience that some may be looking for. The allure of it all may be too much, even for those steadfast in playing it as per the 1990s blueprint.

There are also a number of display and aesthetic options, from the “standard” (read: original) aspect ratio, to being stretched vertically, or widescreen, alongside various filter options harkening back to old-school bulky CRT TVs and monitors. What would have been most helpful in my prepubescent playthroughs of the past, though, is the option to watch a playthrough from start to finish, showing you how to overcome any of the numerous challenges that await you. Should you still be stuck on a particular gameplay hurdle, you can continue to watch said playthrough and take control after the fact, essentially performing a skip-like mechanic.

Again, this battles against the very core of what I believe these two games should be about – challenging, purposeful gameplay, if you hadn’t noticed – but it’s there for the weak-willed individuals amongst us. Hey, I won’t judge. You do you. Regardless of whether you’ve experienced these two titles before, they’re certainly worth revisiting on the Switch in a portable format.

Disney Classic Games: Aladdin and The Lion King celebrate the much-loved movie tie-ins in this latest package, filled to the brim with extra content to draw fans new and old in. While some gameplay inclusions go against the grain, they’re entirely optional.