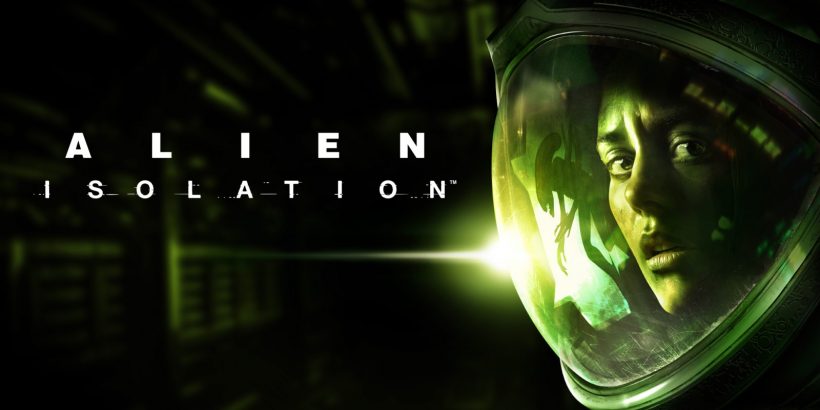 On the Nintendo Switch, ‘horror’ is to ‘port’ as ‘Resident’ is to ‘Evil’ and ‘Friday’ is to the ‘13th.’ Looking to sneak up on the competition is SEGA with a release of another horror port, this time the 2014 game, Alien: Isolation. No stranger to re-releases, the Japanese powerhouse has gathered all that was great about the original release and ported it to the Switch in what should now be considered one of the best ports to date.

Set 15 years after the 1979 film, Alien, the inspiration behind Alien: Isolation is clear to see from the off. Excellent production values, an ominous and ever-present atmosphere, and a fear factor to rival the very best of the genre, Alien: Isolation is almost all we would want it to be. Throw in the additional DLC from its original release and it makes for a very exciting prospect for horror fanatics.

Taking on the role of Amanda Ripley, the player is tasked with exploring Sevastopol Space Station to obtain the flight recorder that signifies the last known location of her mother, Ellen. There wouldn’t be much of a game if this was all there was to it, and what ensues is a test of skill, wits and nerve as you uncover the secrets aboard the ship and confront your fears.

As events take a turn for the worse, the intentions of Alien: Isolation are obvious: this is all about stealth. Ventilation ducts and shadows will be your two greatest weapons – even with the abundance of others at your disposal, and these offer the strategy that the game requires. The development team have done an exceptional job of making the space station a living, breathing and downright scary place. Every place to hide serves as a reminder that you are not alone here and death is only ever a moment away.

Successfully ensuring that there are significant periods of time spent with adrenaline coursing through your veins is no mean feat. Feral Interactive Limited have achieved this, yet there are moments where immersion is lost and the atmosphere is altered through design choices. For one, the voice acting could and should be better. Visually, Alien: Isolation stands up as one of the best in its class, but the same cannot be said for the VO. Sometimes Amanda fails to respond in a way you would expect and it limits the impact that the characterisation has on the player.

Not only that, but Alien: Isolation begins to show its age through some rather archaic game mechanics. Save points are few and far between and, having been released on the Nintendo Switch for gameplay on the go, this is at odds with what the console aims to offer. As well as this, some of the challenging stealth segments require repetition to find the solution needed to survive, meaning large chunks of game time can be unnecessarily lost.

The aforementioned issues are counter-intuitive, especially when considering the unique selling point of the Switch, and it feels as though more could have been done for its re-release on the Nintendo Switch – motion controls and HD rumble aside.

With a near perfect blend of horror and stealth action that looks and feels fantastic, the development team behind Alien: Isolation have crafted something special. It delivers on its promise of ‘heart-pounding horror’ and is a worthy competitor for the crown of ‘Best Horror Game on the Nintendo Switch.’

Alien: Isolation is a worthy edition to any Switch owner’s library. It is an excellent reminder of just how good a port can be and, predictable storyline and poorly paced checkpoints aside, it is an outstanding stealth-horror title.