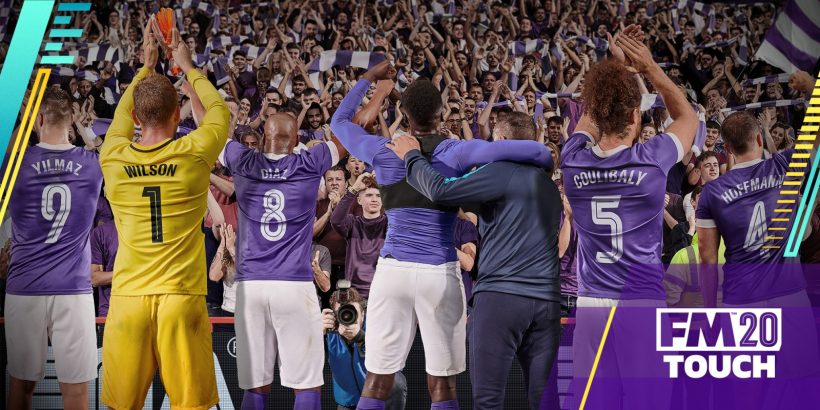 It’s always puzzling why a group of casual gamers will fork out every year, without fail, for the latest FIFA title. It’s been years since there was any sort of major overhaul to the series – not since the introduction of Ultimate Team around ten years ago. But still, the people flock to buy it.

Football Manager has adopted that same tactic – hit the eShop shelves at the same time every year, with minimal new updates. The Switch gets the Football Manager Touch edition designed with handheld devices in mind, and this one offers a bespoke presentation which works to make things more streamlined. After all, the management element of Football Manager can go to extreme detail, from working on sponsorship, the youth academy, player wages, coaching, and positional and tactical awareness. Players who would be bored to death at the prospect of going to even greater lengths than were required of Sir Alex Ferguson can take solace in the fact you can allow the computerised assistant manager to take charge of certain roles, allowing you to focus on the team itself and matchdays.

But things still take a lot of getting used to even when you’re only worried about those things. It’s easy to forget to hit confirm on all of your substitutions and tactical changes mid-match, and end up returning to the in-game interface unknowingly having left your yellow-carded centre half and playmaker with a dead leg out there in the thick of the action. Matches can fly by with you buried in the menus, so you often miss the fun bits that the midweek sections of the game build to, and the whole experience becomes a laborious and alienating bore.

Football Manager 2020 has side modes, including throwing you into a relegation dogfight or a squad struggling with injuries all over the park, for a variety of challenge. Pick Aston Villa, or any unfancied team from any of the game’s 116 leagues, though, and you’ll be presented with a similar challenge anyway.

Certain criticisms of last year’s game are still valid. The representation of the matches in terms of player models and visuals is still astoundingly poor and that’s replicated from the off in the designs available to you when you design your manager ahead of the game’s campaign. Everything on the visual front feels extremely low-budget and while it may be a valid response to suggest that the meat and potatoes of this game is actually in its tactical element, that no improvement has been made year on year isn’t really something which can be honestly defended. The ‘acclaimed 3D engine’, as it has been trumpeted, really does feel like it’s pushing the bounds of reality when you’ve played a football game as visually impressive in 3D as FIFA.

The truth is, the people who are going to take to this edition of Football Manager are the same people who would have taken to the editions of the past. If you’re used to the thrills and spills of football, but don’t obsess over the beautiful game every single day, you’re probably going to find this a dull exercise in meticulous planning without the excitement of watching the action unfold out on the pitch. This is one for the season ticket holders on the terraces, the subscribers to World Soccer magazine, and the ones who neglect their partners to imagine just how Lampard and Gerrard could have worked together, even in 2019.

Football Manager 2020 Touch is slightly better than last year’s game, but will still only appeal to its niche Dukla Prague away-kit-loving audience, with the FIFA series mopping up the rest. There’s no need for VAR to see that.