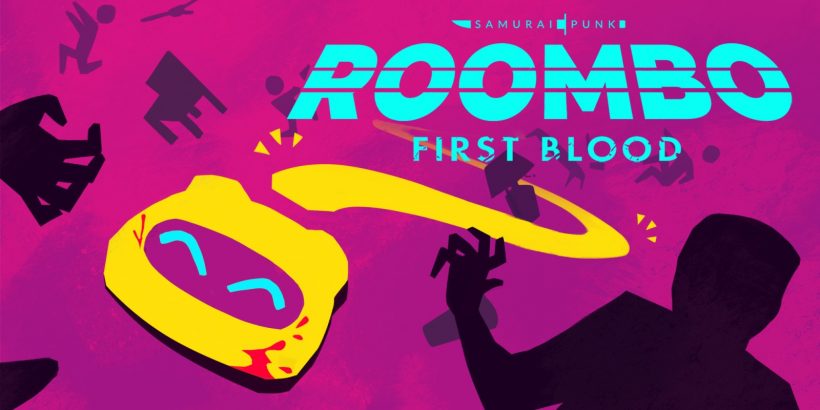 When it comes to our list of unique game ideas we foresaw coming to the Switch, it’s unlikely that anyone had a game about a psychotic, murderous hoover in their top ten.

But it’s often the case that the weirdest ideas make for the most interesting games. Who would have thought Luigi exploring a mansion playing his own version of Ghostbusters would have been a hit, after all? Roombo: First Blood, touted as a short, experimental game by its developers, is another totally off-the-wall hit.

The ridiculous premise for the game is simple. When Roombo’s owner goes out, thieves bear down on his home. Roombo is the house’s last line of defence. He comes with the ability to hack into and operate a range of different technologies and objects dotted around the house, and utilising them right will result in a grisly, gory and swift helping of payback against the intruders. Whether you hack into a ceiling fan, send sparks flying from a plug socket or simply shoot the windows from out of their panes, you can unleash mayhem all across the house, but you have to be within range. Time will slow down as you access hacking mode, but enemies will still give chase, so you’ll need to keep watch on where you are as well as the device you’re trying to set off.

That’s where the tactical element of First Blood comes in. You get alerts in the form of pop-up cameras when you miss something, but the burglars will make their entry all around the house, and you can’t be everywhere at once. For that reason, you either need to cleverly choose the order in which you take out the intruders, or drag them all into one place to unleash hell on more than one of them at the same time. And these are some hardy criminals – they won’t be taken out simply by being electrocuted or sliced open by a fan one time – so you’ll need to continue doing them misfortune until their health bars are fully depleted.

Take out all of the burglars and you’re back to the primary function of a home cleaning system – tidying up. Roombo is a pretty dab hand at that, mopping up blood like it was never even there. You’re given a sixty-second window to mop up as much of the blood that you’ve strewn about the house as possible, and your percentage is tracked, leading to a contributing factor for your final score for the level.

So, the premise is great, though we certainly wanted more. This game could and should have been a lot more than an experimental title, and as such it’s over far too quickly. There are just six levels, of gradually increasing difficulty, and all of them are set in exactly the same house and make use of exactly the same items, so there’s not nearly the amount of variation there ought to be. Moving around the house can be a bit of a pain too – Roombo can get stuck against door frames and against the legs of couches, beds or tables. What would be cool in a fully-fledged version of the game would be to have a first-person view, allowing you to explore the house in an immersive 3D environment. Until then, though, Roombo shows lots of promise, but comes with minimal depth.

Roombo: First Blood is as gory as the Sly Stallone film from which its name is inspired, and it’s almost as fun. It has more potential than content, however, so we’d like to see more from this in the future.