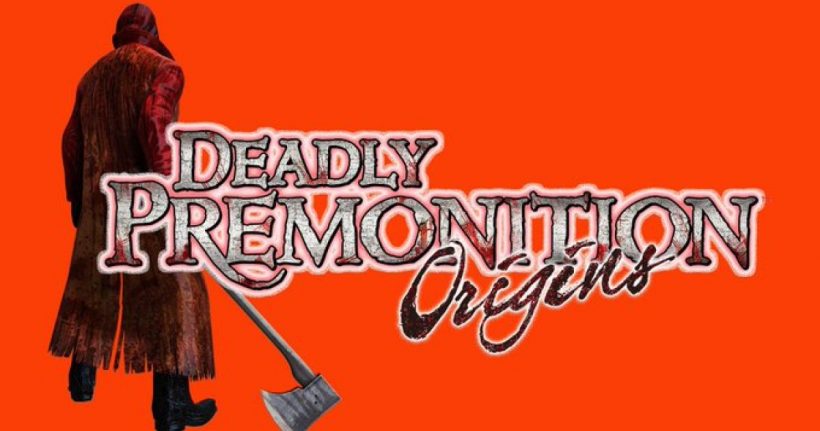 Deadly Premonition is a delightful trainwreck. You take control of FBI Special Agent Francis York Morgan, but just call him York, everybody calls him that. York is investigating the murder of a young girl in the small country town of Greenvale, which spirals into a string of serial killings, with the culprit seemingly living amongst the townsfolk. But with everyone in this town seemingly having something to hide, who could possibly be the famed “Raincoat Killer”?

Twin Peaks was clearly a massive influence, which is made obvious in the personalities of the characters that inhabit Greenvale. They all seem off in a very unique way, from the skull-mask-wearing wheelchair-bound Harry and his handler who speaks in rhymes, to York himself, who constantly speaks with his imaginary friend Zack.

Nothing ever feels natural. The characters may be unique, but everything is poorly executed, from their line deliveries right down to the animation and direction. Conversations are killed by an overbearingly loud soundtrack that drowns out anything in its path. Dramatic scenes are robbed of their impact by characters doing some weird animation, or the music playing an inappropriate tune. One such scene has York discussing an autopsy, with a jaunty tune you would associate with a comedic scene ringing out in the background.

The gameplay is a collection of terribly executed ideas. Greenvale is an open area to explore at your leisure, with a running clock and day/night cycle. You can travel about town on foot, but Greenvale is enormous and you move rather slowly. Thankfully you are given access to every police car, though driving is an absolutely horrendous experience. Cars seem to float along the road, having no real weight to them, making them rather difficult to control. They can also run out of fuel, and if you get stuck in the middle of nowhere, then get ready for a long and tedious journey walking to your destination.

Weird survival horror elements are shoehorned in feeling out of place. The bulk of the story missions will have you exploring environments filled with undead monsters rising up out of tar to kill you. There is an assortment of weapons you can wield, though none of them are fun to use. To use a weapon, you have to stand still, hold the aim button, then either hold the auto-aim button to focus fire on the enemies crotch or buttocks, or try and aim your sights manually, which is way harder than it needs to be.

Occasionally the Raincoat Killer will appear, engaging some good old fashioned QTE’s. There are chase sequences as well, which have you flicking the left stick back and forth while you press button prompts to dodge attacks. Eventually York will enter a room, and you will have a limited time to find a hiding spot. The Raincoat Killer will enter, wander around a bit, get fed up and leave.

Unfortunately, the Switch version doesn’t run the best, even for Deadly Premonition’s low standard. That said, it is never unplayable and is still a bizarre experience that needs to be seen to be believed. So many things are wrong with this game, and it should be terrible for it, but instead, each terrible element makes the game stronger. Like how the cult classic movie The Room is highly regarded for being such a terrible movie, Deadly Premonition is excellent for being a poorly executed mess of a game.

Just like a terrible movie you can’t stop laughing at, Deadly Premonition is entertaining in all the ways it was not intended to be. Most of its elements are poor, but the culmination of all those terrible elements makes for a surprisingly entertaining experience.