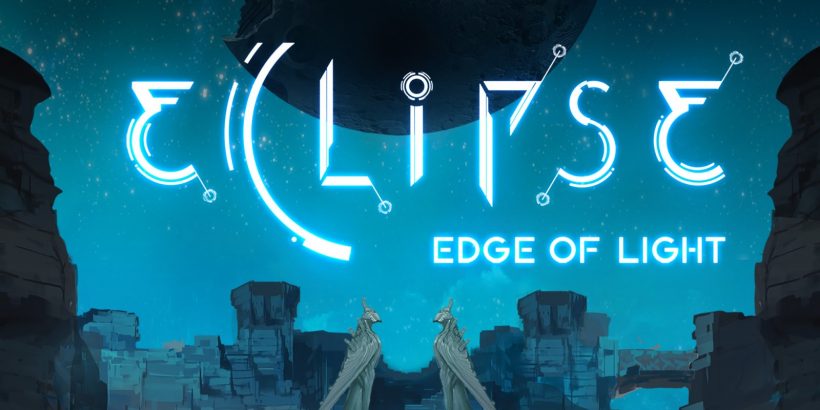 People play games for many reasons, but time and time again, escapism is cited as one of the largest motivators. Of course, as far as gaming goes, VR offers some of the most immersive experiences out there. But handheld consoles such as the Switch also allow for particularly intimate gameplay experiences, making the platform a tempting possibility for ports.

For example, Eclipse: Edge of Light is a first-person narrative-led experience in which players seeking to flee a sentient alien planet uncover a tragic tale of power and corruption. Originally released exclusively on Google Daydream by White Elk in 2017, this VR-first title has now made its way onto the Switch. The question is when a game developed for VR is ported to a non-VR platform, how well does the experience translate?

The answer is quite well. Gameplay itself is slow-paced but enjoyable. As you walk and jetpack your way through a vast crumbling landscape, you find yourself presented with various puzzles that block your path and objects that can be scanned to uncover the planet’s past. All this is achieved using “The Artefact”; a relic of great power that can be used in various ways depending upon the situation. As for the puzzles themselves, each is well balanced. Just difficult enough to warrant a little thought, without feeling overly complex.

The fact that this game was originally developed for VR is clear from the environmental design and sheer verticality of the world, with each new area begging for players to gape open-mouthed at their surroundings. What’s more, the game’s soundtrack is stunning and reminiscent of 65 Days of Static’s No Man’s Sky album in its haunting and ethereal nature. The result is a world easy to lose yourself in.

Of course, developing a VR game brings about certain unique challenges. Not only must developers contend with typical game design problems, but also those concerning motion sickness, object interaction and pace of play. The VR version of Eclipse successfully overcame these challenges. But, the question is whether those same solutions result in as equally enjoyable a game when played outside the realms of VR.

For example, while slow methodical walking was necessary for the original release to prevent motion sickness, players may find themselves frustrated by the lack of speed when playing the Switch version. Furthermore, when moving objects using The Artefact in the Switch version, the player is frustratingly unable to look around themselves at the same time; something players of the VR version could seemingly do.

During the playthrough, some other issues were evident. For example, while the world was stunning when viewed from afar, graphics were rather rough close-up. I also experienced some lag at times, audio glitching towards the end and problems with animal collisions as they forced my body into the air. Although minor, when the aim of a game is to immerse the player in the world around them, these moments were rather frustrating.

But despite this, Eclipse was an experience that felt special. At just a few hours long, players can complete the game relatively quickly and the title feels suited to a single-sitting playthrough. However, had the developers adjusted some of the mechanics to suit a non-VR format better, the game would likely have felt even more immersive. That said, if VR isn’t your thing, the Switch version is certainly worth a look. Especially if you’re looking to lose yourself in a thoughtful sci-fi narrative.

Eclipse: Edge of Light is a narrative-led experience in which players race to uncover a tragic tale of power and corruption on an alien world. Originally developed for VR, the title still truly immerses the player from beginning to end on Switch.