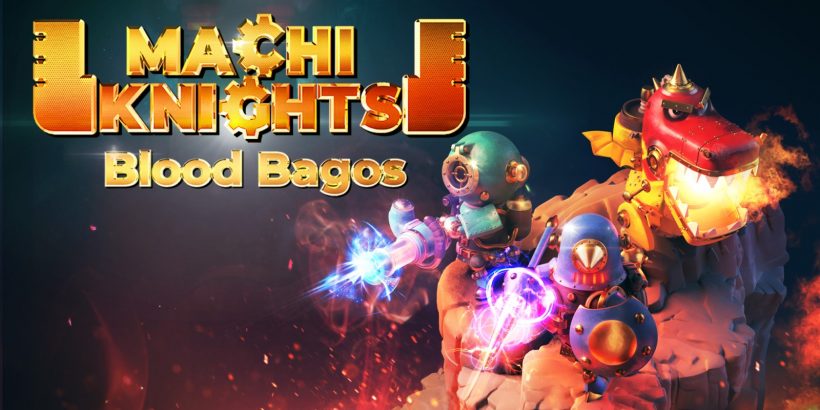 MachiKnights -Blood Bagos- tells the story of a long lost civilization and their technological breakthroughs – the titular MachiKnights, large war machines – being rediscovered after a thousand or so years. Naturally, some wish to use the ancient findings for evil, and it’s the player’s job to prevent the evil organisation Kenos from reviving yet another long-lost weapon, Bagos the Giant. If this sounds interesting then I am truly sorry, but that’s where the potential begins and ends. Try as it might, poor writing seeps relentlessly out of every orifice, never once raising even the most minuscule amount of intrigue. Unbeknownst to me, the inability to expand beyond core themes and implementations would, unfortunately, become a recurring theme throughout my time spent in this fantasy world.

With MachiKnights being an ARPG, there’s a certain expectation of engaging, enjoyable content yet, somehow, there is simply none of that to be found here regardless of which playable knight – and subsequent wielded weapon – is selected. Each of the three playable classes, of which there is the archetypal melee, ranged, and ‘fire’ (read: mage), has a choice of three weapons. The Knight, for example, utilises a lance, a hammer, and dual-wields axes, with each focusing on range, power, and speed respectively. Whilst the difference between the three weapons, specifically how they handled, was certainly noticeable – the unique special moves being the most note-worthy of differences – it’s never quite employed in a meaningful manner.

With each encounter being devoid of both interest and enjoyment as a result, you’d presume that being split up into worlds and stages – think Super Mario Bros. – would alleviate any boredom that would set in. Uninspired character and environment design do little to interest you outside of the direct gameplay, however, while a clunky and soulless UI keeps you frustrated elsewhere. The developer seems happy to tout Unreal Engine 4 being the powerhouse behind such a title, but the assumption that a powerful graphics engine alone will create the “pounding steampunk visuals” they boast is a bizarre one. Interestingly enough, despite all that has been said, it does look somewhat attractive in still images. In motion, it loses all appeal, but give it it’s due; it almost has character in the stills.

If any merit can be taken from the oft-disappointing visuals, it would certainly be on the technical front. Both handheld and docked have no issues whatsoever, delivering faultless fluidity across all stages, regardless of enemy count. It’s not necessarily praise – I would have rather the engine be tested with frantic action and, potentially as a result, fun – but it’s certainly a consolation prize.

Likewise, the sound design lacks any character to be even remotely noteworthy. The copious cadence of clinks, clangs, and clashes are innately annoying, and the regularity at which they are heard certainly does little to prevent the early onset of rage and/or boredom. The soundtrack as a whole does little to differentiate itself from other smaller titles and doesn’t utilize the source material in any meaningful way.

It should be clear by now that I did not enjoy my time with MachiKnights. With each component of the game feeling as if it was developed in isolation from the various others, it’s no surprise that there isn’t a coherent package left in our hands. Whilst I hope the developer takes another chance at this beloved genre, I’m not convinced I’ll be able to persuade myself to see if they learnt from their past mistakes.

MachiKnights -Blood Bagos- manages to feel uninspired thanks to being devoid of character, intrigue, and fun — ultimately resulting in the title merely feeling like further bloatware in an online marketplace that is already swimming in it.