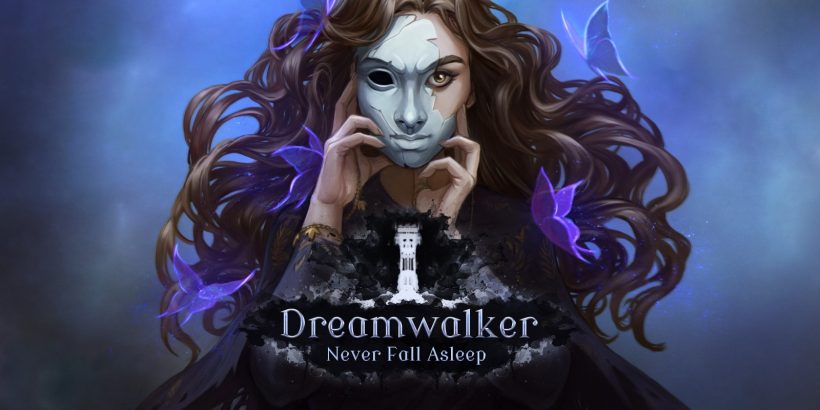 I’ll admit right from the off: Artifex Mundi’s point-and-click adventures have been a guilty pleasure of mine since the Switch eShop got under way.

Games like Nightmares from the Deep and Enigmatis 2 provide a fantasy escape series which all seems interconnected. From the similar format of finding items and using them elsewhere blended with hidden object sections, to the similar visual styles, all being quite fantastical but still founded on enough realism to make the whole thing engrossing. Dreamwalker: Never Fall Asleep is the latest in the Artifex Mundi Switch line, and it represents more of the same.

This time, you play as a woman who has the rare ability to enter the dreams of others who are cursed with an affliction. We all know and hate the ‘and it was all a dream’ cliché, but throughout the narrative here, you always suspect that to be the case, but you’re rarely one hundred percent sure. But the logic and puzzle solving in the game is much the same as the games that came before it – ooh, there’s a pair of batteries; they’ll go lovely inside that torch I found a while back.

This is another point-and-click which is best played in the Switch’s handheld mode for the pure reason of convenience. Touching all over the screen to pick up and interact with objects is and always will be far more intuitive than dragging a really slow cursor across your giant TV screen. But, particularly in the situations of the hidden object screens, they can offer a detriment, allowing players to just simply tap every inch of the screen for sure-fire success. At least the game’s harder difficulty mode restricts the recharging time of the hint button, because the easy mode really is a walk in the park. The hidden object sections are difficult enough as it is as it would be a very impressive feat indeed were a player to be able to pick out everything required from the image from sight alone.

When a game does feel like a piece of cake, the story is the aspect which acts to hold things together – you want a swashbuckling adventure filled with perils, twists and thrills. But, Dreamwalker’s story is quite disappointing compared to the titles which have come before it. Things seem to be over far too quickly, as this is a game you can very realistically tackle in the space of an evening. Enigmatis, for instance, took players through a long list of vibrant and artistic scenery, but the story here is rattled through at such a pace that no characters stick in the memory. Perhaps it’s the entering dreams aspect – there isn’t a lot of character development going on on account of the characters being unconscious for much of the time that you encounter them. You just expect there to be something more with the characters when they wake up afterwards, but instead the story moves swiftly on.

So, this is more for the players who want a little more of the same if they enjoyed the likes of Nightmares from the Deep 2 and My Brother Rabbit. There’s an emphasis on the ‘little’ there, because of how quick this experience feels. But the gameplay is the same, the story is just as weird and you will always feel like you’re playing a continuation of those other titles.

Dreamwalker: Never Fall Asleep isn’t the best of Artifex Mundi’s Switch eShop offerings. It’s short, and the story isn’t as fleshed out as their other releases. It does feature enjoyable gameplay, though, so come here once you’ve finished the others.