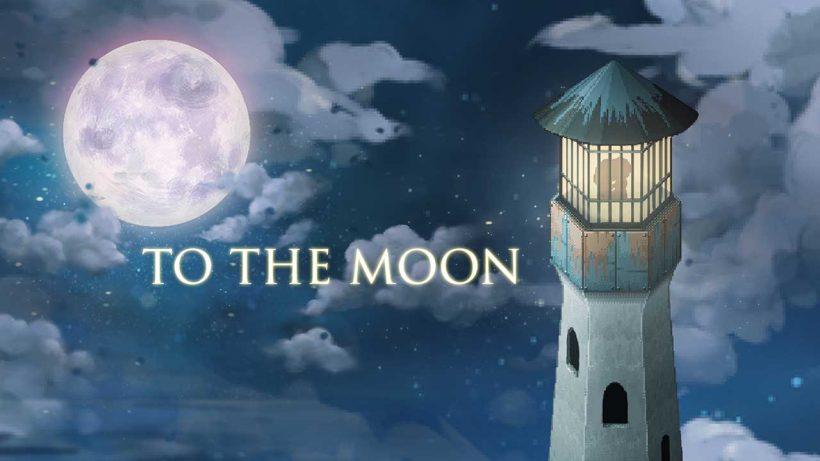 Nowadays, indie games are such an important part of the videogame industry that it feels weird to think about a time when these innovative, low-budget titles weren’t present. This all started not much more than 10 years ago, with seminal titles such as Braid, Limbo, and Super Meat Boy. They showed how a smaller, more focused game could work so well, and opened up the way for many unique experiences to come. Not long after those, came To the Moon, a narrative-driven game initially created on the RPG Maker – but one that builds something truly spectacular within its limitations.

If you have never heard about To the Moon before, your first impressions of the game may be a little bit deceiving. Due to its development origins, To the Moon’s top-down perspective, pixelated visuals and limited controls will immediately make you think about the classic JRPGs from the 16-bits era. However, it features no combat at all. Instead, throughout its four-hour-long campaign, you’ll find yourself walking, exploring and talking exclusively with the many different characters. If you were to define To the Moon’s genre based on its elements, the closest answer would be a visual novel – and what an amazing visual novel it is.

To the Moon presents a touching narrative that manages to mix sad and funny moments in a seamless and cohesive way. You control Dr. Neil Watts and Dr. Eva Rosaline, two members of a corporation that can use a technologic device to fulfil (within the mind) the last wishes of dying patients. With this tech, you’ll help an elderly man called Johnny, whose last wish is nothing more than to go to the moon. In order to grant his wish, the two doctors need to visit Johnny’s memories and understand the reasons behind his desire.

Progress starts on Johnny’s most recent memory. From there, you’ll make jumps back in time with the help of mementoes – objects that are heavily attached to certain events or feelings. These mementoes are the most ‘game-like’ element of To the Moon (and probably the most uninspired), because you must activate each one of them with a puzzle. These puzzles are simple and don’t really add much to the experience, but you can quickly get over them and go back to the game’s superb narrative.

To the Moon does a superb job of creating a tale about mundane problems and human aspirations. As you delve further into Johnny’s memories, you’ll meet many wonderfully written characters, and nobody is perfect. Instead, everyone feels like a flawed human being –  a common person can be equally good, stubborn and selfish. Alongside the great writing also lies a perfect soundtrack. To the Moon features many catchy songs that elevate individual segments into truly memorable events.

At the end of the day, To the Moon’s story could work as a book, as a comic, or maybe even as a movie. After all, it bears an emotion-filled narrative that, by itself, is as powerful as it is unforgettable. Nevertheless, thanks to how it puts the player inside the story, To the Moon manages to use the many aspects of the videogame medium (visuals, music, player’s agency, among others) as a brilliant way to encapsulate your multiple feelings into a cathartic and wholesome experience. Despite some uninspired puzzles, this is a gem that may just change you forever.

While the puzzles are uninspired, To the Moon isn’t your typical videogame. It takes the format and visuals of an old-school JRPG and melds them in a unique way, delivering a narrative that is beautiful, impactful, and not easily forgotten.