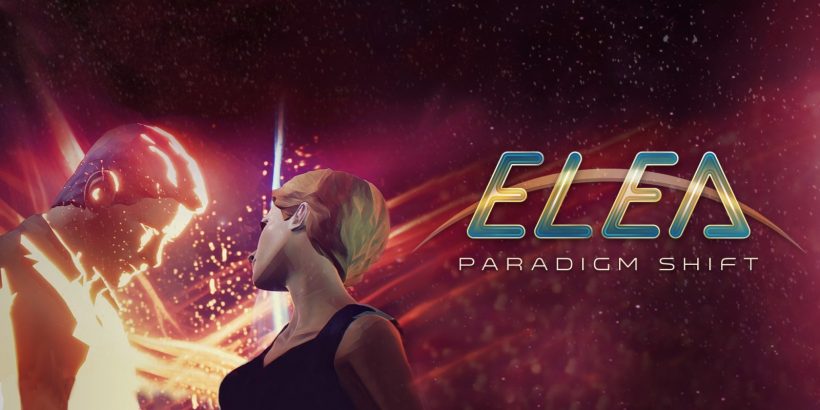 It’s incredibly compelling to think about the pure, unadulterated possibility of what lies beyond the stars. This fascination with space has given rise to many games that each want to grapple with what could be out there, and the intriguing ELEA: Paradigm Shift is the latest newcomer to this category.

ELEA: Paradigm Shift takes place in the future when the colonisation of space has become our reality. You are River Elea Catherine Jones, a scientist whose husband has been lost on an interstellar voyage. The first chapter of the game is a memory sequence that takes place on Earth when said voyage has just departed, while the second takes place upon a research ship sent to investigate what happened.

Although the basic premise is fairly run-of-the-mill for a sci-fi adventure, ELEA: Paradigm Shift doesn’t want to be your ordinary game. Indeed, after an opening sequence that sees River electively undergoing a memory-affecting medical procedure, the game’s liberal use of special effects and screen glitches makes you wonder exactly how much of what you’re seeing is reliable right from the beginning.

While the unconventionality of the graphics is odd at first, it’s refreshing to see games pushing the boundaries of their artistic expression, and the unorthodox style quickly becomes enjoyable. That said, the quality of the graphics can be subpar, with handheld in particular being especially muddy at points. And, speaking as someone who experiences migraines, certain glitch-heavy sequences are intense to the extent that they were too painful to watch, so take heed of the game’s graphics warning.

Beyond this, however, ELEA: Paradigm Shift offers some baffling design decisions that hinder the player experience more broadly. For example, the world contains various interactable items, but even in docked mode, I had to make heavy use of the Switch’s zoom function in order to read the microscopic text descriptions. Inspecting this content is necessary to get a more complete picture of the story, but design decisions like these actively make it harder for players to do so. Other features such as having your movement impeded while dialogue is playing are questionable, while the control prompts are either overzealous or woefully inadequate depending on the task at hand.

This is all fairly immersion-breaking, and that’s before you even get to the technical issues. From cut-off text in the HUD and puzzles becoming unsolvable when you lose an unlosable item all the way to multiple outright crashes, the game has plenty of bugs, not to mention some considerable loading times.

It’s therefore even more unfortunate that the gameplay itself is underwhelming. The story is barely developed beyond what’s covered in the eShop summary and since the ending occurs just as it feels like the game is getting started, it’s a genuine shock to reach the credits. Similarly, the puzzles are rather mundane, and the vast majority of NPCs you interact with are mostly empty shells. I’m not sure whether this is a commentary on the state of humanity, but it does feel ironic that the only truly personable individual that you interact with beyond your husband is an AI.

And all of this adds up. ELEA: Paradigm Shift is an experimental title that unfortunately offers little substance beyond its interesting use of graphical effects. With its patchy narrative, bland puzzles, and technical issues, the game is far more frustrating than fun to play, and the experience is hard to recommend.

From an underdeveloped narrative to technical issues and questionable design decisions, ELEA: Paradigm Shift will leave you wanting more. The best thing about the game is its experimental visuals, but this isn’t enough to make the experience worthwhile.