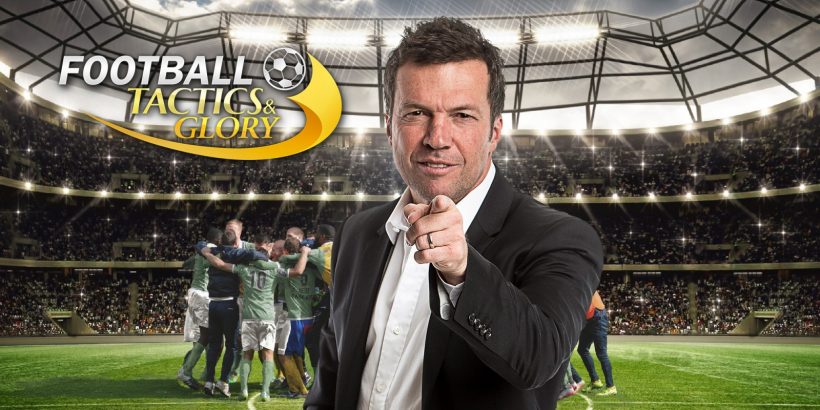 In sports, there’s nothing quite as exciting as football.

Whether that’s through following your lower league team across the country—home and away—or glory-hunting a Manchester United or a Liverpool in the hopes that you’d get the school or workplace bragging rights on a Monday morning. The thrill and competitive edge of the game is a moreish, addicting substance. That extends to football games.

Football, Tactics & Glory, or Soccer, Tactics & Glory as it’s known in the States, from publisher Toplitz Productions—who are headquartered in Germany— will be releasing a physical edition there. FIFA and PES have of course led the way, but other smaller titles have garnered their own cult followings for doing things a little differently.

This is one of those do-it-different games, turning football into a turn-based tactical affair. On each turn, a player gets three moves to move players around the pitch, which is separated into a chessboard-like grid. You can tackle if you’re out of possession and pass or shoot if you have the ball. The tactical element of the game comes in the player’s attributes, which you can pore over to your heart’s content before and during a match. If a player’s rating for tackling is lower than the man in possession’s ability to keep the ball, attempting a challenge isn’t going to prove fruitful. Fortunately, players are warned during the game of which moves will be successful through a circle featuring either a green or a red number.

But there’s an element of chance in play with every decision, with a random number being generated to reveal the outcome, so players are never totally ruled out of a challenge. There’s a risk-and-reward conflict to consider with every move you play. Of course, you can do nothing to counter an opponent while they’re taking their turns, so the emphasis is heavily on the attacking side of the game, but you can line your players up in a defensive formation on your turn if you so wish.

There’s no worry paid to realism, as squads and players have the Pro Evolution Soccer take on naming conventions, with no licensing at play. As such, when managing your team, you’ll be focusing on the attributes rather than the names. This game does include the traditional manager mode functions of developing players, making transfers and improving your stadium. You can, however, add real players yourself with the game’s option to create players and amend leagues, which is a neat inclusion. There are multiplayer options, including an online mode, but you’ll have to arrange a game with friends outside of the game as there’s no matchmaking service included. That’s better than no online with friends at all – we’re looking at you, FIFA 18.

But there’s a crucial element of the beautiful game which is missing from Football, Tactics & Glory – the thrill and excitement. The turn-based gameplay allows for very little by way of eye-catching moves; sticking a cross into the box and having your centre-forward leap like a gazelle and unleash a bullet header into the top corner is nigh-on impossible, and even scoring a goal has the fun taken out of it when you just about know it’s going in before the kick. You can score goals, sure, but matches feel like they end before you’ve had the opportunity to put anything exciting together, and that’s not what a football experience is all about.

Football, Tactics & Glory might satisfy the tactical aficionados, but the absence of thrills and excitement in the on-field action render this a niche title. At this price, it can’t be recommended, but collectors should track down the physical copies, though.