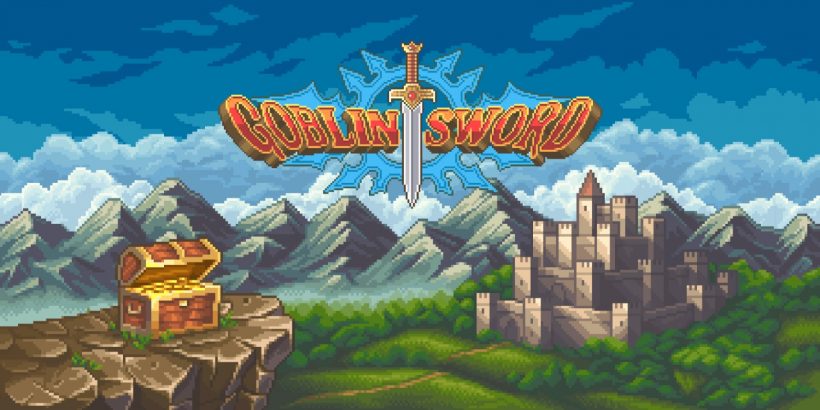 Sometimes, you just want to play something that feels like it could have been on your Super Nintendo when you were a kid. On this occasion, that game is Goblin Sword, an action-platformer that melds arcade-style, stage-based progression with simplistic controls and a basic premise to create a feel-good title that allows for exploration even in the smallest of levels. Unfortunately, Goblin Sword only offers the most trope-filled story where you won’t be surprised by a thing, as well as enemies that, though unique in design and art style, continue to act much in the same way throughout the gameplay. Pair that with boss battles that don’t feel as grandiose as you might hope and you have an overall experience that ties into your nostalgia and plays well, but doesn’t seem to go above and beyond to try to make a name for itself.

An evil wizard has forsaken these lands and invaded your home. It is up to you to fight back against his hordes of monsters and powerful knights in order to go mano a mano with the sorcerer himself. If that sounds like it resembles the storyline to a large percentage of titles you have played, then you have the same opinion I did. Even though it isn’t a bad tale, it doesn’t break the mould or offer anything new or interesting to the equation.

Gameplay consists of rudimentary mechanics that include a jump and attack function, and otherwise you only have an extension of the attack, a magical ability that allows you to throw your sword in fiery fashion when you have gathered a mana orb. Otherwise, there are some other abilities you can gather up here and there that add onto your jumping or platforming capabilities in some way, shape, or form, but the simplistic nature of what you are doing, though uninteresting at times, allows for you to focus purely on the gameplay and progression.

As you move from stage to stage you will utilise these mechanics to search through the levels, besting baddies and gathering up some collectibles along the way before moving onto the next stage. Crystals are found in each level, as are treasure chests, which if anything give you something to do outside of breezing through to the finish line. Each level is, generally, super-short, and so having the ability to look around a bit more is a much-needed extension to a title that otherwise could be completed rather quickly.

Finally, coins are gathered throughout the stages in order to allow you to upgrade your weapons and armour. This is necessary to progress at a steady pace, as the difficulty is ramped up through additional enemies tossed into the stages. With better weapons with higher damage, effects, and reach with your swing, you can more easily move forward, thus making this collection something you will need to take the time to do.

Goblin Sword is one of the more simplistic action-platformers I have played on the Nintendo Switch. With that comes pros, with easily accessible gameplay, and cons, with the lack of diversity and basic story premise, but all in all this is an enjoyable experience that has a lot to offer those looking for a nostalgic trip back to the platformers of the Nineties.

Goblin Sword offers an ideal commute experience with its short levels and simplistic gameplay, but that also means anyone looking for a deep or diverse experience will sadly be disappointed. This is an arcade-style action-platformer that just falls a bit short of satisfying