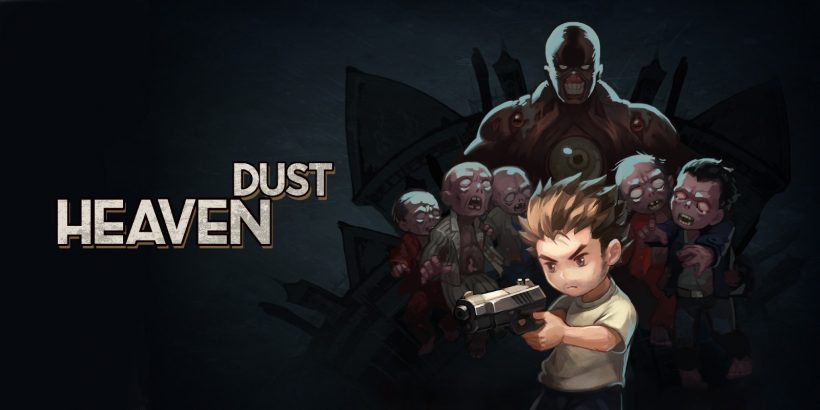 As a fan of the survival horror genre, particularly the Resident Evil series, I have been let down by some recent releases that stray too far from what brought fans in upon release. Heaven Dust is the latest indie title to recapture the essence of these classics, creating a solid survival horror game, albeit with very little ‘horror’.

The game opens with your character in a locked storeroom, with the goal quickly becoming apparent – you need to escape from the mansion/research facility that you find yourself in. Of course, like any survival game, your path to freedom is blocked by a multitude of barriers, puzzles, and problems. To solve much of these conundrums, different items scattered across the map will help to unlock new rooms and areas, bringing you closer to finally breaking free.

The puzzles themselves strike the perfect balance of difficulty and accessibility, as notes and letters conveniently left open will give you helpful clues as to how to get past certain problems, often through snarky remarks about co-workers failing to do their jobs and leaving the system vulnerable. These also worked well in giving context about what the facility is, gradually feeding you a compelling backstory as you delve further into the mansion.

Zombies feature heavily in Heaven Dust’s marketing, but ultimately they did not pose enough of a threat to alter my play-style to any drastic extent. Prior to getting a gun, zombies were, quite rightly, terrifying to run into and I instead had to plan my moves very carefully. Once you find the gun, however, if you aren’t too gung-ho with your limited bullet supply, killing them once your gun locks on is incredibly simple. Removing the aim assist and replacing it with the shooting system found in twin-stick shooters such as Hotline Miami (albeit less hectic) would add some much-needed challenge to Heaven Dust’s combat.

What the zombies do offer are tokens that are dropped after they die. These can be exchanged for segments of the maps, upgraded stats, ammo, and helpful ‘Mansion Tips’ at vending machines located in various rooms around the facility. Speaking as an RPG fan, progression or upgrade systems, no matter how simple or small, are always a great addition to any gaming experience.

There is, however, no way to upgrade your limited inventory of six slots. Whilst this is common in the survival genre, the way Heaven Dust utilises items means it becomes frustrating to constantly walk back to your storage box to pick up the battery, for example.

Heaven Dust is not a traditional survival horror title either, down to the fact that it isn’t scary. The cartoon-like graphics were perhaps more comforting than they ought to have been when I introduced the game to those who commonly miss out on great puzzle-style gameplay because of their reluctance to pick up your traditional hyper-realistic AAA horror title.

The connections to the Resident Evil series are prevalent throughout Heaven Dust, including some great Easter eggs that I won’t spoil here. Whilst somewhat frustrating at times, I enjoyed completing Heaven Dust and collecting the achievements on offer, a feature missing in many Switch titles. If you are a fan of classic horror titles or even puzzle games, I would recommend giving Heaven Dust a try.

As a survival horror title without the classic horror elements, Heaven Dust may disappoint hardcore Resident Evil fans, but instead captures a new audience that will appreciate its solid puzzle sections and excellent world-building.