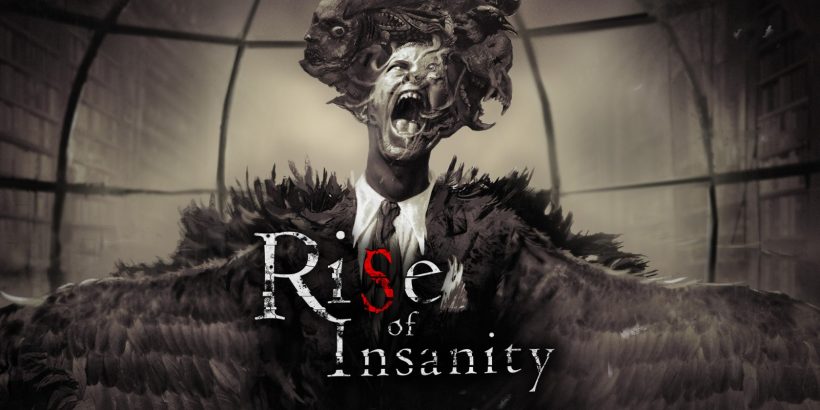 I appreciate a good horror game. Getting creeped out by ghosts or stalked by twisted monstrosities tickles my fancy, even though finding a quality experience can often feel like using a small set of pliers to perform extensive dental work on a kaiju. And while Rise of Insanity doesn’t tick all the boxes to qualify as one of the worst horror games you can experience on the Nintendo Switch, it’s still a fairly lacklustre and jumbled experience that doesn’t take any risks or push any boundaries.

Rise of Insanity invites players to step into the shoes of Dr Stephen Dowell, a man who spends a fair amount of his professional life probing the psyche of his patients. Without giving too much away, in the game, you’ll dive deep into the fractured mind of a man who’s experiencing quite a few mental issues — none of them comforting. There’s a very strong possibility that this man murdered poor Dr Dowell’s wife and children, which serves as the onus for the good doc’s investigation.

If you’ve played games such as The Park or Layers of Fear, you’ll find Rise of Insanity’s format familiar. You’ll wander in a linear fashion from one set piece to another, picking up whatever isn’t nailed down in the hope that it will serve a purpose down the road. None of the puzzles you encounter will bend your brain to its breaking point, and even if you do get stumped, you’ll likely find a not-so-subtle clue that will point you in the right direction. By that, I mean the hint will take you by the hand and lead you to the solution you so desperately desire. Rise of Insanity wants you to succeed.

Here’s the problem: while Rise of Insanity has a seemingly intriguing (if somewhat messy) story to tell, the set pieces you’ll explore don’t tie the narrative together in very interesting ways. Instead of giving us thought-provoking puzzles, you’re instead tasked with trying to find weird little dolls or figuring out how to turn on the lights of an abandoned car. The simplicity of these puzzles and their solutions may be a result of its virtual reality origins, as opposed to a lack of inspiration. Whatever the reason, the game never poses any real challenges, except for a few collectable rubber ducks stashed away in various nooks and crannies.

A word of warning to those weirdos (myself included) who need to invert the camera’s Y-axis: Rise of Insanity fumbles the proverbial ball. Yes, you can select that option, but doing so will also invert the X-axis. In other words, those who need that Y-axis inverted will struggle to control the camera. This doesn’t really become a major problem since the story’s laid-back presentation never requires you to do anything drastic, but is it annoying? Most definitely.

Although I wanted to like Rise of Insanity and I started to enjoy the adventure at points, I honestly can’t recommend it to anyone except hardcore horror fanatics who need a quick fix. That’s not to say it’s an inherently bad game; it certainly looks good in handheld mode (not necessarily on a large television screen) and some of the game’s admittedly cheap jump scares will, in fact, make you jump. However, despite its ability to generate atmosphere and spookiness, Rise of Insanity fails to do the most important thing: tell a story that truly chills the blood.

While it sports an intriguing premise and a few jump scares that may catch you completely off guard, Rise of Insanity ultimately fails to provide anything you can’t find in other, better horror-based adventure games on the Nintendo Switch.