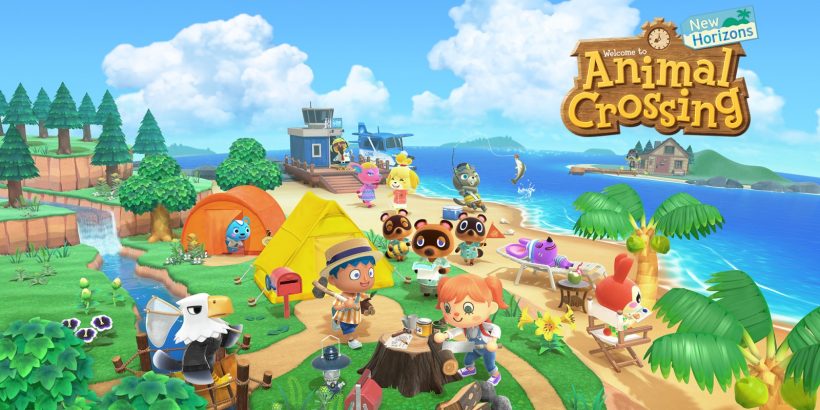 Animal Crossing: New Horizons could well prove to be the most significant video game release of the decade. At a time when the world is divided and times are tough, New Horizons has demonstrated once again the sheer beauty of the gaming community and those that make it all possible.

With a weight of expectation that has only intensified in light of the Coronavirus pandemic of recent months, New Horizons has risen to the occasion and, in almost all areas, surpassed what could have reasonably been expected of it. It has often felt as though previous Animal Crossing titles have relied on charm to bury the fossil-like cracks in its core gameplay, but the latest and greatest in the series has a depth that is unrivalled and unlike anything seen to date.

In what has become the staple of the Animal Crossing experience over the years, Tom Nook is back, and this time he takes centre stage. Once again looking to capitalise on islanders’ lack of willpower and incessant need for more furniture, he offers a quiet oasis in exchange for rather sizeable sums of money. Through odd jobs, villager requests, and the sale of almost anything you can get your hands on, you live out your days in permanent debt to the infamous raccoon, whilst also enjoying all that island life has to offer.

Where New Horizons dares to be different is apparent everywhere you look – and look you will. The visuals are decadent and delightful, imploring you to explore every nook and cranny to uncover just how Nintendo have dialled up the design yet again. It’s the subtle that makes for the sublime, with everything from the way the water shimmers in the moonlight to the movement of the grass as the wind brushes it from side to side. Even the Nook Phone – the freshest addition to the Animal Crossing series – illuminates your villager’s face as you hold it up to take a look at it.

Although seemingly at odds with the island escape that Mr. Nook is advertising, the Nook Phone is the latest in a long line of interesting innovations from the humble businessman himself. No Animal Crossing experience would ever be complete without these, and the Nook Phone may just be his crowning glory. It is the perfect pocket companion for the player, with applications introduced in intuitive and innovative ways. There is a camera to take snaps in the sunshine, an option to create custom clothing designs, a place to store DIY recipes and Critterpedia provides a plethora of pertinent information about all things creepy and crawly. ‘Nook Miles’ also make an app-earance here and this is very much the pièce de résistance of this life sim.

Offering instant gratification for a job well done, the Nook Miles – and ever-changing Nook Miles+ – incentive is a reward system whereby you receive points, known as miles, for actions you take in-game. Be it fishing for a Shellfish or posting something to the bulletin board, New Horizons gives you Nook Miles which can be redeemed at the store for furniture, flight tickets and other wares. This was missing from the previous entries in the series, and to its detriment, even if it wasn’t necessarily felt at the time. Whereas the early days of Let’s Go To The City and New Leaf felt void of ideas as you waited for new tasks to come in, New Horizons offers an abundance of tasks to do and duly rewards you for them too.

New Horizons strikes the perfect balance between old and new, providing for players presumptions that this would be more of the same, but also breathing new life into the series after seven years away. The crafting mechanic is yet another example of this and, whilst far from innovative in the world of gaming, it has transformed Animal Crossing into a game about so much more than it ever was – the name New Horizons couldn’t be more apt. Crafting has been implemented impeccably well: it’s both accessible for all and embedded into the gameplay, rather than tacked on as a meaningless aside.

As has already been alluded to, the creativity and personality of the Animal Crossing series shines through yet again and as a mainstay of the games, it was almost as important that New Horizons continue this as it was to create new content. The villagers are as quirky as ever, offering insightful one-liners and questionable house design choices. Blathers is back sharing his pearls of wisdom about the weird and wonderful creatures that inhabit the island with you, and many of the eclectic cast from games gone by are also here.

Just as the visuals have benefitted from the hardware upgrades associated with a new console, so too has the multiplayer options. Local and online experiences are available, with the latter being of particular importance to players across the hemispheres. Fortunately, Nintendo have got it spot on this time, providing a multiplayer experience that is smooth and satisfying. The ease with which you can open your gates and travel to another island or invite others to yours is excellent, and with no connection issues experienced and plenty of options to protect your island from unwanted activity, it is evident a lot of thought and care has been poured into the social experience.

There is a simplistic sense of purpose and direction to New Horizons which is not only missing in many video games, but more importantly, is missing in life at this very moment. Irrespective of the current climate, New Horizons epitomises escapism and its positive contribution to the health and well-being of players all over the world cannot be understated.

Naturally, there are tweaks that could be made to make the game even better: adjustments to the inventory so that space isn’t taken up unnecessarily; altering the introduction of online visitors to your island so as not to make it more elaborate than it needs to be; and introducing new players to more of the key information needed to make the most of their time on the island. That being said, they feel inconsequential when the overall package is as good as this one is. There has been no better time to escape to a deserted island and the airfare is incredibly good value for money.

Time apart can be good for the soul and New Horizons is proof of just that. Seven years in the making, this is the definitive Animal Crossing experience. This is as close as it gets to Animal Crossing perfection.