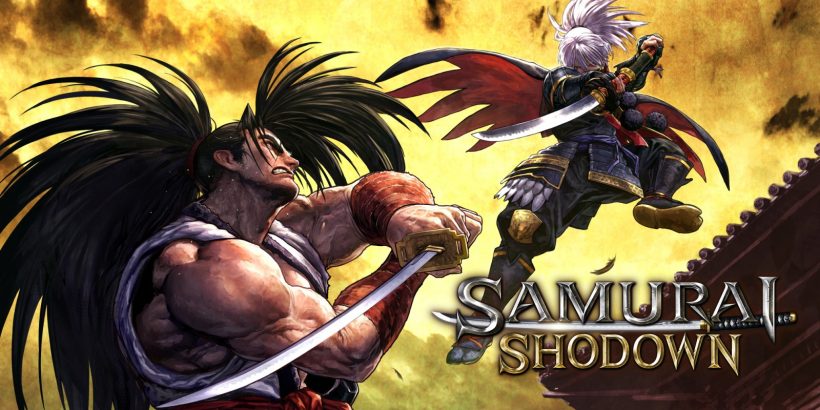 In the absence of modern powerhouse fighters such as Street Fighter V and Tekken 7 on the Nintendo Switch, Mortal Kombat 11 has been free to rule the roost since its introduction in 2019. Whilst a wealth of fighting games do exist on the eShop: BlazBlue and Skull Girls to name a few, none have the clout nor cult following to make them a true smash hit.

Samurai Shodown, the latest fighting title to be released on the Switch, is an SNK published blade-wielding title which has seen somewhat of a reimagining since its last outing eleven years ago. Reminiscent of Street Fighter in its appearance and Soul Calibur in its combat, it is evident that the time between games has been spent reflecting and refining.

The character designs are indicative of the setting – 18th century Japan – and look outstanding. The power of the Unreal Engine 4 has produced visuals which showcase what can be achieved on the Switch, and whilst the backdrops can prove to be a little unsightly, it does little to detract from what is otherwise a beautifully well-presented game – in docked mode. In handheld, the game dips in frame-rate and becomes both blurry and barbarous.

In keeping with its long-standing story arc, the culture and heritage of the time period is weaved through the intricate storylines of each fighter. Between each fight, there are cut-scenes both interesting and humorous which set the scene well. They are a touch cheesy, as we have come to expect from fighting games, but there is an enjoyable amount of depth to them and offer a unique plot that is well-suited to the genre.

There is a familiarity to Samurai Shodown that comes from years of subtle variations on the fighting theme, yet it stands a man among men on the Switch for its innovative approach to AI and its focus on strategy. The Deep Learning AI tool is, on paper at least, a revelation, using new software to create a ‘ghost’ character that learns from your play-style. These can then be shared online for others to play against in the asynchronous battle mode. It is difficult to determine how good this is in practice as they are fairly easy to defeat, but a thoughtful inclusion, nonetheless.

SNK have produced a blade-wielding fighter which is much slower than many are accustomed too, and with such an emphasis on slow-paced, tactical tit for tat, it is only natural that elaborate button combinations take centre stage. A short time spent in the tutorials can prove to be overwhelming, however a blast through the relatively short story mode does well to educate you on the basics. The result: tense and thought-provoking battles of patience, timing and skill.

Samurai Shodown also stands out from the crowd because of its weapon-based combat. Each of the 16 launch characters come equipped with a weapon of choice and learning the advantages that each possesses is where most of a player’s time will be spent. Unfortunately, time will also be spent waiting for the rather long loading screens which are definitely in need of improvement.

The online elements of a fighting game are often where it shows its worth and, unfortunately, Samurai Shodown is lacking in that department. It can prove difficult to find a game and without this competitive option, the single player experience is a fairly shallow affair. This is a real shame considering all that SNK have got right with this fighter.

With its distinct art and unique fighting style, Samurai Shodown has a lot of potential. An underpopulated online community and disappointing visuals in handheld mode stop this from becoming the go-to blade-wielding fighter it should have been.