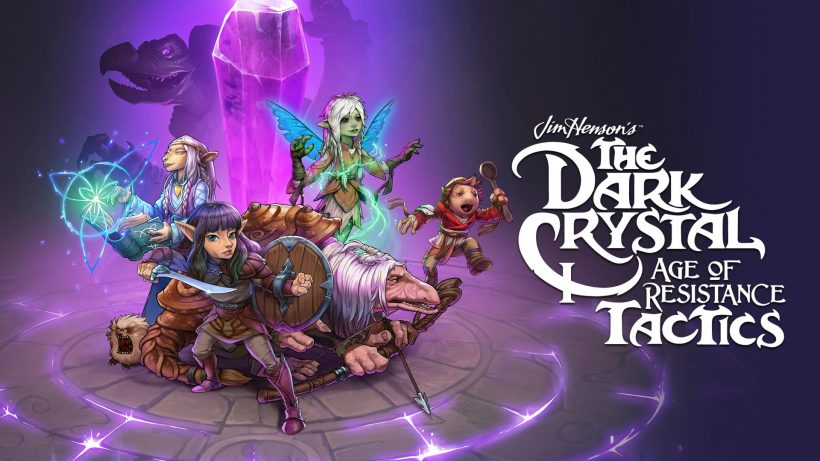 The Dark Crystal is a movie that is near and dear to many people’s hearts. Many 80’s children would count the classic amongst their favourites, looking back on the movie with fond nostalgia. Enter 2019, and Netflix helped revive The Dark Crystal with a prequel series, known as The Dark Crystal: Age of Resistance. The series enjoyed much praise, and helped fuel some excitement around the upcoming game tie-in, even if Netflix has had a rather shaky track record with their video game attempts in the past.

Unfortunately, that trend of subpar tie-in games continues with The Dark Crystal: Age of Resistance Tactics. The game follows the events of the series pretty much beat by beat, which should be a win. It’s a shame then that the delivery is quite poor, with the game speeding through plot points in a way that assumes that you have seen the series. Granted those playing the game will have likely seen the show, but that still doesn’t excuse its rushed portrayal of the events.

Because of the way the story is told, all of the characters come across as bland. This is in steep contrast to the series itself, which is built upon the strength of its characters and the deep lore of the world. Sentences tend to be devoid of character and feeling, making it hard to really care about what is going on. Not only that, the assumed knowledge of the series means that some key points are not explained, making the overall story a complete mess.

As for the gameplay, Age of Resistance Tactics follows in the footsteps of other tactics-based games, such as the Fire Emblem series or Final Fantasy Tactics. Combat takes place on a grid system, and you take turns moving your units around the battlefield, issuing orders, attacking enemies etc.

There is a levelling system that can be somewhat engaging. Each unit has a main class and earns experience points towards that class when they complete missions. You can also have a second class equipped, which grants you the use of that class’ specific abilities in addition to your main class’ abilities.

The level design is poor, with every map feeling cramped, leaving you with little to work with in terms of strategy. In a tactics game, this feels like a limiting restriction. To make up for this, each unit can take multiple hits before they are dispatched, which ends up just dragging out battles and making enemies feel like sponges designed to absorb all of your time and patience. Add in a need to grind experience to be able to be at a level high enough to actually be competitive, and Age of Resistance Tactics more than outstays its welcome.

The visual design is a letdown, especially considering how beautiful The Dark Crystal series is. Bland and lifeless is the best way to describe the visuals, and the audio is rather generic with none of the terrific voice acting from the series used here. The one thing going for the game is that it runs pretty well. That is not surprising though, as the game isn’t really pushing the hardware.

A tactics game that fails to be fun and engaging, Age of Resistance Tactics is The Dark Crystal without all of the charm or anything else that makes it special.