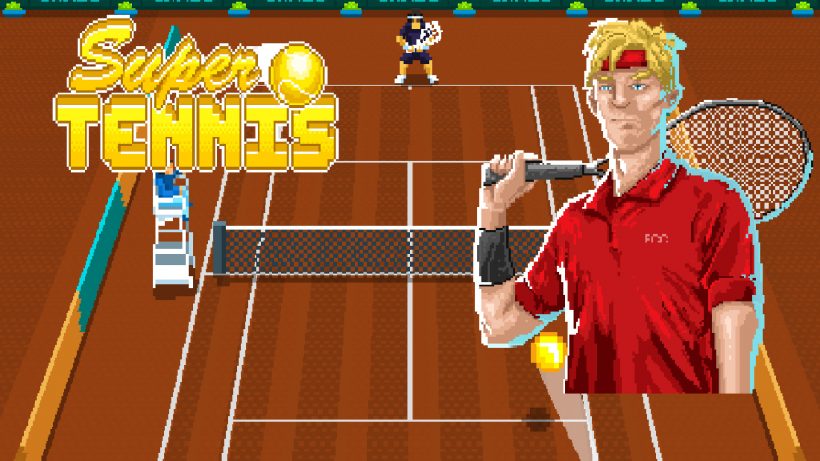 Full disclosure: When I decided to review Super Tennis for Switch Player, I didn’t do a lot of homework beforehand. Judging from the colourful pixel art alone, I anticipated an arcade-esque experience akin to the beloved Super Tennis, a game I fondly remember playing on the Super Nintendo. I knew it would be hard not to compare the two. However, when I started Ultimate Games’ Super Tennis, I discovered this really isn’t a tennis game at all. Instead, it’s basically a series of quick-time events that use tennis as window dressing. As such, I had to shift my expectations and rethink my approach to this review. When is a tennis game not a tennis game? Meet Super Tennis.

Seriously, who names their game after another, more famous piece of entertainment from the same medium? Can you imagine if someone made a film called The Matrix but spent the entire time discussing the history of printers? But, I digress.

Super Tennis looks adorable, which, unfortunately, compounds my disappointment. Instead of selecting a real-life tennis pro, or at least people who look as though they take the sport very seriously, you choose between creatures and ninjas, among many others. It’s clear right off the bat that the game doesn’t take itself very seriously, and I applaud the developers for taking that approach. However, I would have loved to play an actual tennis game. I mean, it’s right there in the title. Super Tennis. Not QTE Tennis, or Rhythm Tennis.

Despite the overall lack of gameplay, Super Tennis looks incredible. The pixel art pops with color, and each character feels distinct and fluid. Additionally, the different courts practically burst with personality, which, again, made me wish all of this hard work had found its way into a title that gives the player more things to do. Like, you know, play tennis.

To keep you occupied, the more you progress through the game, the more customization options you’ll unlock. Dressing up your favourite character certainly makes Super Tennis more palatable, but don’t expect your choice of attire to have any effect on your game. The same goes for the weather; rain or shine, the game plays the same way, which boils down to hitting buttons in the correct patterns as they pop up on the screen. Nothing will change that fact, I’m afraid. It’s all the game you’re getting for your money.

Even if you take the game at face value and just accept it for what it is, you’ll still have to contend with Super Tennis’ terrible announcer. At first, it reminded me of the commentaries you’d find in 90s arcade sports games, and that nostalgia carried me through about thirty minutes. Then, I started to notice that, like the game itself, the commentary fell short on variety, and before long, I’d heard pretty much everything Super Tennis had to offer. To continue playing and give the game a fair shake, I turned off the sound and simply listened to a podcast while I mindlessly followed the large on-screen button prompts over and over and over again.

It doesn’t take very long for Super Tennis to wear out its welcome. Despite the smooth animation and wonderful pixel art, the simple, repetitive nature of the gameplay doesn’t hook you for the long term. Even in bite-sized sessions during a lunch break or a workday commute, Super Tennis doesn’t give you many reasons to stick around.

If you want to experience a solid pixel-art tennis game, this isn’t the Super Tennis you should play. You’ll discover everything the game has to offer in an hour, and there’s nothing here to keep you coming back for more.