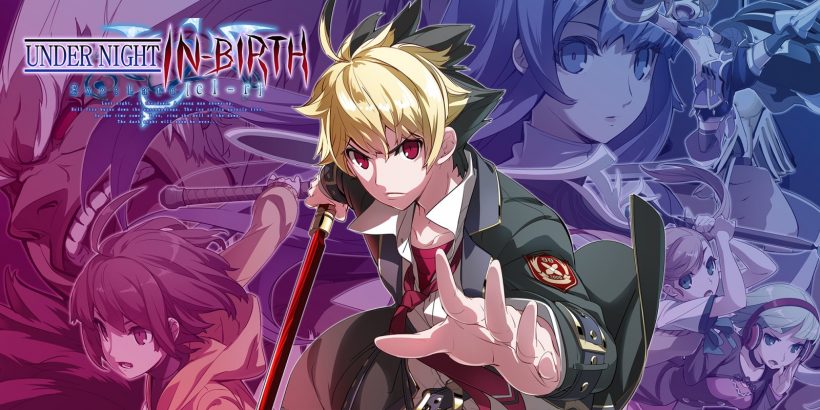 Yep – your guess is as good as mine as to what that title is all about.

Developed by French-Bread and published by PQube and the renowned Aksys Games, of BlazBlue and Guilty Gear fame, Under Night is a seasoned arcade-anime fighter that is making its debut on the Nintendo Switch. Since its announcement in 2012 for Japanese arcades, it has been released on all major Sony consoles and has been subject to iterations and updates aplenty. The result? A funky and fresh fighter that falls just short of the cult classic status it could have achieved.

The staple of any 2D fighter is its mechanics and Under Night doesn’t disappoint.  It is an excellent game to pick-up and play, with intuitive controls and engaging combat available. Pulling off combos is fairly commonplace and makes for a highly enjoyable experience. Delving deeper into the title will offer fighting veterans that much needed depth and ample opportunity to master it all as there are 21 characters and a wealth of play modes. At its core, Under Night is an outstanding fighter to get stuck into.

It is unfortunate then, that there are a number of caveats which hinder any potential success that Under Night may have had. For one, the game is so steeped in its Japanese roots that numerous updates have failed to prepare this one adequately for the West. Anime is arguably the most popular its ever been around the world, but a lack of localisation means that Under Night can’t be enjoyed by the masses in the ways that it should.

A significant part of a home console fighting game is the inclusion of online multiplayer, and whilst it is here, it isn’t being used by players. Over the course of the review, an online match couldn’t be found, both in Casual and Ranked modes. Under Night was a niche title before it became available for purchase on Switch, yet it feels as though it will remain that way with this recent release. It is difficult not to attribute this to the lack of localisation as it arguably makes this a less inviting and accessible prospect for western players.

Suitors of this game would be forgiven for thinking it was just the latest in a long line of half-baked fighters that would lose when up against a heavyweight of the fighting scene. The visuals, whilst beautiful when focused on the fighter themselves, do feel a little dated and the on-screen text and menus are quite archaic. Everything from the font style to the less than intuitive main menu options leave a lot to be desired, and blurry backdrops detract from what is otherwise a good-looking fighter with some truly incredible anime-ations.

As a package, Under Night benefits from all the many game modes available. There are a variety of different options, from Arcade mode to Challenge mode and even a visual novel consisting of twenty-two parts. This does an extremely good job of making the characters that little bit more relatable and interesting, and also sets the scene for the arcade elements of the story – something that is definitely needed as the storyline is as bizarre as that title is.

As a single player experience, Under Night is excellent. Its longevity is questionable with a multiplayer mode that is almost non-existent, and it will be this which puts would-be purchasers off. That being said, there is a lot to enjoy: the fighting is fast-paced and slick, proving that even the more niche of fighters can go toe-to-toe with the greats.

When the fighting is as fun as this, it is difficult not to recommend Under Night wholeheartedly. The MIA multiplayer and lack of localisation is a concern and does taint what is otherwise a fantastic 2D fighter.