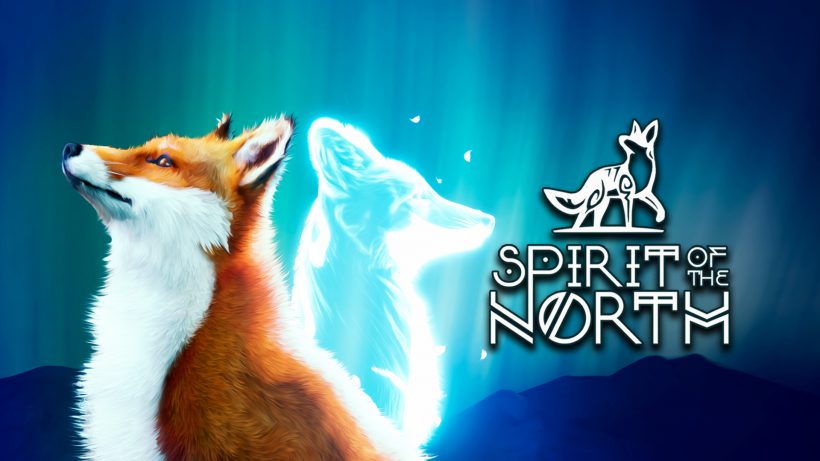 As your journey begins, above your fox a red trail paints a path across the sky; an indication perhaps of where you should head. The ground is thick with snow, and the route to be taken leads through several chapters of caves, rocky outcrops, alpine meadows, and beyond. It would be a solitary journey if not for the spirit fox that travels alongside you, guiding the way and imbuing mystical powers in moments of need.

The fox is a delight to watch, as he weaves through a dense carpet of snow, clambers up a steep wall of rocks, or paddles across a bubbling stream. He shakes himself dry when stepping out of water, and limps when harmed. Leave the controls alone, and the fox will sit neatly, waiting to be called back into action. He is a convincing and affecting avatar.

If the fox barks when standing beside particular flowers, he gains a spirit power that illuminates his fur. This power can then be transferred to a nearby monolith, which effectively acts as the equivalent of pulling a lever. When the monolith is lit, rocks may fall aside to create an opening in a wall, or a cave may fill with water to allow the fox to float towards a previously out of reach path.

Spirit of the North is free from many gaming conventions. There are no enemies, other than the landscape. The only collectables are wooden staffs waiting to be found and carried by the fox in its open-mouth and dropped in front of a Shaman’s earthly remains. Patterns etched in stone throughout the journey hint at an ancient civilisation, but these are essentially the only clues to the story, in a game which is free from narrative or dialogue. It’s just you and your spirit companion.

The route is scenic but linear, requiring regular moments of puzzle-solving to progress. The fox is agile, but unfortunately, there are limitations that scratch at the enjoyment. Swimming can feel sluggish, and jumping requires pixel-perfect precision that can frustrate when you know where you want to go, but the fox repeatedly fails to gain a foothold (despite having four of them). And while I admire a game that bravely shuns the need for any kind of HUD, I was occasionally wishing for some sort of compass or reference point to give me a clue where I should go next. But Spirit of the North is a game not to be rushed, and so with considered thought, the path will usually present itself. I presume this is one life lesson that Infuse Studio’s adventure is perhaps hinting at for consideration in our own lives, but if you are looking for a game with a rapid pace, this furry fox isn’t for you.

Sound effects add to the natural ambience of the Icelandic scenery, and the musical score underpins the journey memorably. There are moments of minor graphical glitches, when our four-legged friend may clip the scenery or stand on water, and texture concerns rear their ugly head at times too.

Surrounded by the charm of the Icelandic landscape, with a red fox under your control, Spirit of the North is a game that wants you to take in your surroundings, and perhaps appreciate that we live in a beautiful world. Infuse Studio has crafted a touching tale that weaves at its own pace through to a poignant finale.

Spirit of the North wishes to take you on a physical and spiritual journey, and requires a slow pace and some patient thought. It is a rewarding tale in scenic surroundings, although this furry friend can occasionally frustrate.