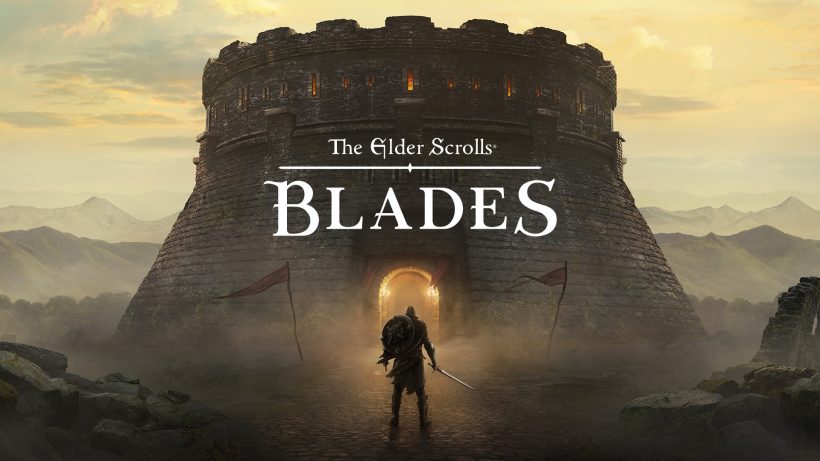 Spin-offs can work as a great opportunity to play around with the franchise’s main icons, to explore different gameplay genres, or even to expand on an unexplored narrative aspect. They also can be easy money-grabs for publishers, where they can invest less money for a higher return. The Elder Scrolls: Blades is an epitome of both ends, as it could expand its franchise in a promising way, if it wasn’t for the huge paywall on the way.

As a spin-off of the renowned The Elder Scrolls series, Blades inherits many of the elements from the iconic RPG franchise. Similar to its most recent iteration, Skyrim, this is also a first-person RPG where you customise and control an inhabitant of the fantastic world of Tamriel. You’ll level up your character, unlock different spells, perks, and skills, whilst also equipping a wide plethora of weapons, armour, and trinkets. However, RPG elements aside, this is a much more ‘light’ version of The Elder Scrolls and comes with a very distinct structure. Instead of an expansive open-world to explore, in Blades, you’ll go out on short incursions into procedurally-generated dungeons.

Before and after going into one of these dungeons, you’ll be walking into your own town. In the beginning, the place will be in rubbles, as is it up to you to reconstruct it to your liking. This is helpful in many ways because you can unlock different useful buildings, such as a smithy and an alchemy lab. Also, as you complete different quests and improve your town, new NPCs will join you, unlocking even further improvements. In order to do that, though, you’ll need gold and many different resources (wood, iron, stone, and much more), and it is one of the main reasons for Blade to become a grind-feast.

Before coming to the Switch, Blades was a mobile game. While many changes were made on the gameplay department, this free-to-play title keeps the same predatory paywalls seen on its mobile counterpart. Depending on your play-style, you may be able to enjoy Blades without spending a cent. However, you’ll need patience on certain progress elements. Building something new in your town, for instance, takes real-world time, which isn’t a problem per se. The problem is that after a while, you’ll have to wait days for any new improvement – or spend currency to speed things up. Certain quests and rarer equipment are also tied to time-constrains and/or paywalls, to a point that the game seems to demand you to start spending real money.

When it comes to the actual gameplay, the Switch version of Blades has some highs and lows. The controls are well-adapted, and you can even use the Joy-con’s movement options mid-combat. Despite the simplicity, dungeon exploration and combat feel akin to a main The Elder Scrolls title. However, Blades has some serious performance issues on Switch. Graphic fidelity isn’t as sharp as you can expect, and you’ll encounter drops in frame-rate while exploring most dungeons. Unfortunately, this is frequent enough to hurt the experience a little.

Another problem of Blades lies on the fact that this is an always-online title. There is no option to play it offline, which defeats the purpose of playing it on-the-go. In addition, getting disconnected while playing can result in progress lost. When you consider all these elements Blades feels much more like a slot-machine than an actual spin-off of The Elder Scrolls.

On paper, The Elder Scrolls: Blades proposes to deliver a light version of the seminal The Elder Scrolls RPG experience. Despite providing some solid gameplay mechanics, it is plagued by poor performance, an always-online limitation, and predatory microtransactions.