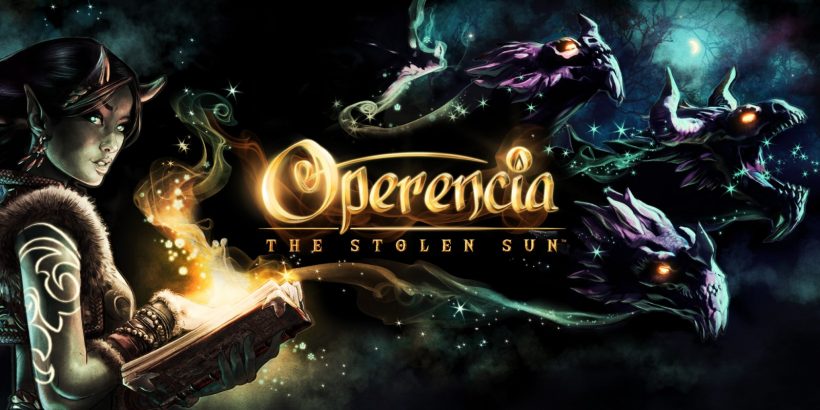 Old-school grid-based dungeon crawlers have had a resurgence in recent years with excellent titles like the Legend of Grimrock series and the recently released Bard’s Tale IV, but the Switch – sadly overlooked for these titles – has had to wait for a worthy genre entry.

I’m pleased to say that we now have that in Operencia: The Stolen Sun, in which developer Zen Studios has done a great job of taking the fundamentals of a beloved genre from a bygone age and updated them for a modern audience. The Switch port makes one or two missteps that prevent it from being the definitive version of this cross-platform title, but it’s still the best example of the genre that we have on the Switch, and more than worth picking up.

Reminiscent of 90s classics like Stonekeep and Eye of the Beholder, grid-based first-person movement means that the player takes one full grid-step in any direction per action. However, unlike its historic influences, Operencia features 360° scope of vision at all times, allowing more versatile interaction with the environment, which is excellent for uncovering the many secrets hidden in the world. Frustratingly the Switch port fails to utilise its touch screen capabilities fully, meaning that the thumb-stick has to be very cautiously coerced to navigate the sensitive camera. When trying to hone in on small targets I found it incredibly difficult to maintain accuracy, often overshooting my target multiple times. Clearly this was an oversight when porting a game originally intended for keyboard & mouse where the accuracy of your click is a no-fuss affair, and it raised my blood pressure on more than one occasion – particularly in handheld mode.

Thematically this 20-30-hour game is fixed somewhere between the realms of history and Hungarian folklore, and the results are wildly creative in quest lines, enemies, characters and environments. Incidentally each of the handful of characters that you can utilise in your party is distinctive and well written, and the banter that they throw at one another as you’re wandering perilous halls or resting up by a campfire is often hilarious and one of the game’s finest features.

Level design is simply gorgeous, with detailed labyrinthine dungeons, caves and enchanted forest settings – just to name a few. Rich colours and some dazzling water effects accentuate the magical, free-flowing energy of the game. There are some graphical restrictions for the Switch port, with enemies sometimes appearing blurry during combat and a noticeable drop in frame rate when moving and turning the camera at the same time, but ultimately these don’t detract too much from what is otherwise a visual treat.

While traversing these luscious environments, the player will battle through environmental hazards, puzzles, and foul beasties in order to uncover the hidden treasures within. Combat is nothing ground-breaking, but serves as a perfectly good turn-based romp, utilising a rotating party of 8 or so main characters that each specialise and level up in different kinds of weapons, skills, and spells. A distance modifier means that certain attacks have greater effect on enemies depending on how closely they’re positioned during combat, promoting strategy in how you specialise your party members.

Operencia: The Stolen Sun is a sum of its parts. There’s no truly outstanding element here, but solid exploration, puzzling, combat, and writing make this a great all-round package. At £26.99, it’s not cheap, and if you have the PC option available the more intuitive controls make it the logical choice, but this is still a great title for the Switch.

Operencia: The Stolen Sun is the best example of a grid-based dungeon crawler on the Switch right now. Despite some fiddly controls on this port, the solid combat, exploration, puzzling, and strong writing make it a hefty recommendation for genre fans.