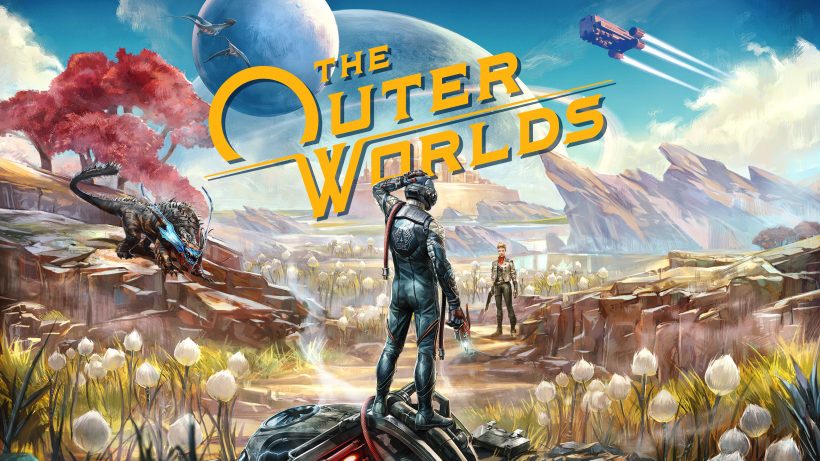 That COVID-19 has been a right pain.

The Outer Worlds was originally slated to launch in March, but that pesky virus really did mess with things, putting this multi-format release way behind the dates it came out on other systems. That delay allowed porting studio Virtuous extra time to work on this, but they probably should have taken longer.

Before I get to that, let me explain what The Outer Worlds is. A sprawling action/RPG/shooter, it comes from the minds that created the original Fallout series. Original developer Obsidian even worked on Fallout: New Vegas, so if you’re a fan of those games, this will be one to check out, because it’s just like that. The plot: after many years of being frozen, a mad scientist type awakens you, because you have the skills to make a difference. This is the cue to customise your player, under the guise of this character ‘selecting the right person’. It’s a novel way of setting your character up, I suppose. Before long, he explains that all is not well in the world of Halcyon, and the corporations control everything. It’s a cynical swipe at today’s world, and the narrative within the game is certainly thought-provoking and arguably relevant to today’s society.

In no time at all you’ll have a soft landing on Terra-2, find yourself a ship, get friendly with the locals and familiarise yourself with the controls. Missions and objectives are helpfully way-pointed with markers, and you’ll soon be smashing though the multitude of main and side-missions. You’ll encounter a myriad of companions which can also level up and receive certain perks. There’s a deep level of customisation here that also applies to armour and weaponry, meaning you can leave your own stamp and style on things.

This also applies to the story, which is deep and engaging and has consequences, like the games it’s inspired by. Early on, you’ll have the chance to give away the location of your saviour because the corporation thinks he’s bad. They would. Along the way, you’ll meet all of the core players involved with this messy situation, culminating in a tense and frenetic prison break.

There’s a massive problem, though. Porting studio Virtuous notably stated that they feel any current generation title is capable of being ported to the Switch, and although the game is squeezed onto the Switch, it comes at a cost; performance. Even docked, this game looks quite poor with reduced draw distances and detail compared to other console versions. Worse, as you delve deeper into the game it suffers frame rate drops and at times enemies and scenery just load in from nowhere. Although it’s playable, these happen more often that you’d like. Textures are noticeably blurry, hard to read or downright ugly. It plays even worse when undocked as well, with further drops in visual quality.

Yes, it’s managed to come to the Switch, but was it worth it? The Witcher 3: Wild Hunt arrived with some compromises, but this is on another level. The Witcher even received some patching to improve performance. If you have no other choice and desperately want something that’s like Fallout 3 or New Vegas, then this will provide that sort of experience, but be warned that it’s not a brilliant port.

It’s a massive shame, because The Outer Worlds is clearly a great game, but without patching it’s better played elsewhere, if you have that choice.

Although it’s an impressive game, The Outer Worlds on Nintendo Switch is blighted by performance problems. Visual fidelity, character models, textures and framerate issues mar a fantastic story-telling experience. Wait for a patch or price-drop or play on another device.