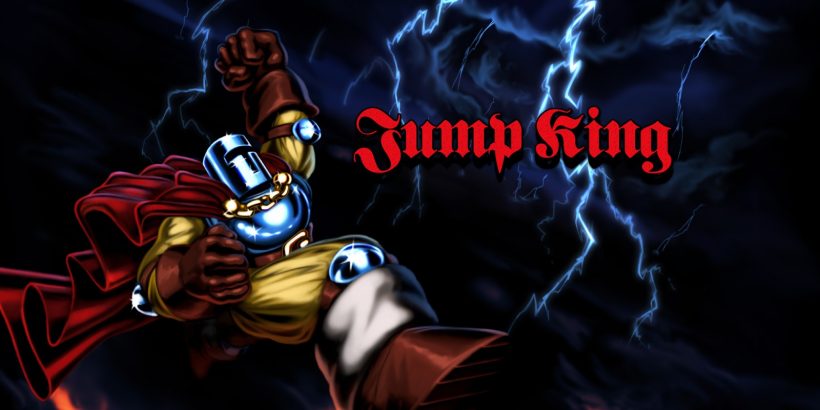 A pretty cool phenomenon of gaming in the internet age is how a lesser-known game can become a cult hit thanks to its online following.

Criteria for becoming one of these games usually involve a game having so simple a premise that anyone can get involved and success in the game being attributed to a combination of impeccable skill and stupendous luck. Jump King fits the mould to a tee and has already become a favourite amongst PC gamers on the basis of its easy-to-pick-up, solid-to-master gameplay. This is a platforming game which has you making a series of precise jumps onto narrow platforms, but the focus is on heading upwards, rather than left to right, as is the case in traditional examples of the genre.

The game gets off to a fine start by promising a ‘smoking hot babe’ at the top but gives nothing away at to how difficult it will be to actually get there. It doesn’t immediately seem to be the case – after all, how hard can a platforming game with no enemies to contend with really be? But it quickly becomes apparent that the true threat here is in the unforgiving jumping. Well, I say the jumping, but it’s the falling that really causes players to liberally throw out the F-bombs. The Jump King doesn’t jump normally; a quick tap of the jump button will barely move him unless he is travelling sideways when you press it. To gain any height, you have to hold the button until his power builds, and then let go to see him take off and cross all your fingers and toes that he’s going to land where you’d hoped.

Punishment for not doing so is grave. With no on-screen meter showing how long you’ve been holding the jump button, you’ll have to trust your gut (or your fingers) for every move. You have a trio of factors to nail – the starting point of the jump, the direction of the jump using the control stick, and the weight of the jump. Missing just one of those even slightly and you’ll over- or under-shoot the jump and potentially fall into what other platforming games would describe as the abyss. Not in Jump King. Missing a jump here means you fall to the screen below. Nothing to land on here? You’ll go down another screen until there’s finally something to break your fall. With so many tiny platforms placed right next to slopes from which you cannot recover, this is a game that punishes every player. Counting your playtime, as well as the number of jumps and number of falls on the pause menu, only adds to the deliberate rage.

This is a game with no hand-holding whatsoever. You can easily find yourself falling back five to ten screens with just one wrong move, and it’s enough to produce audible whimpers out of even the bravest of players. There are no checkpoints anywhere, so every mistake you make, you’ll have to put in the precision work to get back to where you were. And it’s hard from the start; some might not make it anywhere near the end of the game, which is a speedrunners’ favourite with a world record clocking in at under five minutes. However, those who do will be punished further with snow- and ice-based platforms.

Jump King is truly solid, and we love it for it.

Jump King is a game that deliberately wants you to hate its guts. However, the players who are really good at it have made it an art form. This is one that really separates the men from the boys and the women from the girls.