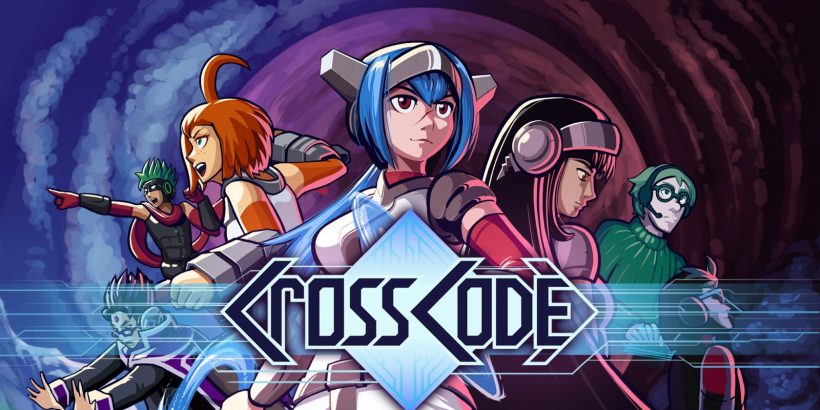 Originally crowdfunded on Kickstarter before eventually releasing on PC in mid-2018, this Nintendo Switch version of CrossCode has been a long time coming. Not because PC indies finding a home on the hybrid console is anything particularly new – far from it. In CrossCode’s case, its nature as a retro-style throwback to the glory days of the SNES means that it’ll be welcomed with open arms by players hungry for old-school adventures.

Luckily, the arduous wait has been worth it. CrossCode is a nostalgia-fuelled 2D action RPG in the best way, knowing exactly when to innovate its mechanics beyond the era it’s aping without ever falling too much into a more modern style of play. It follows in the footsteps of Shovel Knight and Bloodstained Curse of the Moon in that it looks gorgeous thanks to its smart used of 16-bit pixel art, but the Switch’s much-improved technical capabilities allow it to play smoother than any true SNES game ever could.

Many people have likened CrossCode to the early Zelda games since it first released, but the truth is that it shares more in common with Square Enix’s Trials of Mana series, largely due to how it handles combat. You’re constantly slashing at enemies up close by tapping the R button or taking down foes from afar using the protagonist’s basic ranged attack. And while puzzle-laden dungeons and thoughtful boss battles help break up the pace, killing is still your primary action.

The world that CrossCode sets you in is by far one of the best aspects it has going to it. Set almost entirely within a fictional MMO aptly named Cross Worlds, you play as avatar Leah who must navigate all seven regions – each unique from one another – key to solving this Matrix-like world’s central mystery. Such emphasis on story is something you wouldn’t typically see in the games CrossCode pays homage to, and you’re always given the opportunity to flesh it out further thanks to literally dozens of side quests.

Leah herself is very much a conduit for the player, remaining voiceless for a lot of the main adventure to the point that it becomes a reoccurring joke. CrossCode isn’t afraid to get very meta in this way, poking fun at several established video game tropes and staples to entice the odd chuckle out of you. The whole ‘game within a game’ conceit is quite clever and prevents this 40-plus hour sci-fi adventure from ever becoming too stale or generic.

Unfortunately, for all the ways that CrossCode makes great use of modern technology, there are a few hiccups as a result of the PC to Nintendo Switch porting process. The biggest examples of this are the menus, which always stutter or outright freeze whenever you try to access them. The frame rate also can take a dive from time to time. Drawbacks like this aren’t enough to break the core CrossCode experience, but it is a shame that they couldn’t have been ironed out to make the Nintendo Switch version the premiere way to play.

CrossCode stands out against the sea of indies on the eShop due to its butter-smooth combat, attractive art style, and inspired self-aware narrative. Sure, there are a few technical speed bumps here and there, but for the most part, this is a sprawling sci-fi adventure and the ultimate love letter to a time when 16-bit SNES RPGs ruled the gaming world.

Physical editions of CrossCode can be purchased here and at Strictly Limited Games.

CrossCode is a near-perfect attempt at recapturing the charm and magic of action RPGs from the 16-bit era. Fortunately, this experience is only slightly marred by the occasional technical hiccup.