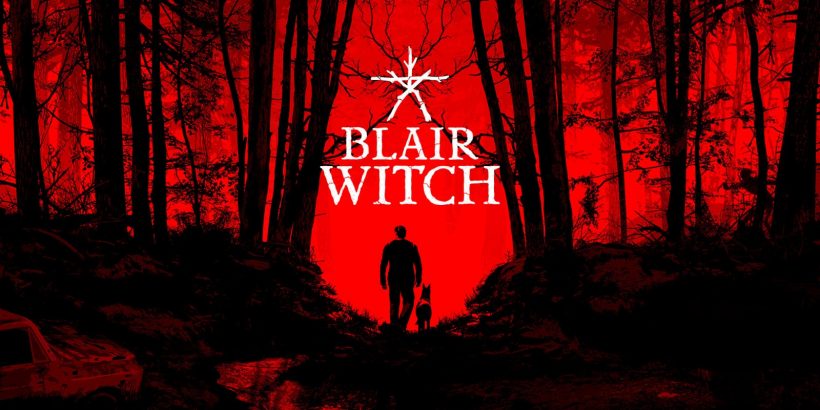 The middle of the summer sure is a weird time to launch a horror game.

That’s what happened when Blair Witch, a psychological horror from Bloober Team, the guys who previously developed Layers of Fear: Legacy and Observer. This is a found-footage-based scare experience based around the themes of the 1999 movie The Blair Witch Project, and the fear is boosted up with a first-person perspective. You play as Ellis, a protagonist with a level of mental health which is suspect at best. Ellis heads into the woods in search of a lost boy. Fortunately, he’s not alone – his loyal dog Bullet is by his side to help him follow the trails of the more nefarious entities that exist within the woodland.

Gameplay blends a few horror tropes – for the most part, you’ll wave a torch and/or video camera around and try to negotiate the woods by keeping an eye on Bullet and seeing if anything catches his nose. The torch is most useful for pointing at enemies at certain stages of the game, which prevents them from getting close enough to attack.

The use of the camera is clever – you’ll find tapes which you can play back, and rewinding and fast-forwarding through each one will affect the current environment in some way, from an item dropped on the ground materialising to doors being left open.

Otherwise, you can make use of a walkie-talkie, which has three different wavelengths that will each pick up different characters, whether friend and foe. Meanwhile, your phone is a more functional alternative – you can call all the people from your recent calls list or your phone book, and you’ll get both texts and voicemails during the course of the story. And, yes, you can use it to play phone-based mini-games, including this title’s take on Snake.

Your command over Bullet is key, though. You can instruct him to follow the scents of items you find throughout the woods. You can ask him to seek at any time, but often this fails to have any effect. Otherwise, you can pet him (hooray, says the internet), tell him to stay, command stay close to you, or scold him. You’ll pretty much never need to do this, though he does get stuck at times (not by design). You’ll never want to stray too far from him, though, as that can quickly have a detrimental effect on Ellis’s sanity.

There are some seventeen chapters to play through, but this is by no means an enormous game. Chapters can vary wildly in length, with some passing by in just a couple of minutes and others, in particular the last one, seeming to drag on forever.

Horror games can live and die on two aspects – how they handle, and how much genuine scares they manage to generate. To address the first part, Blair Witch is alright – the run button is largely dissatisfying, while being blocked by invisible walls through the trees can be an irritation. A particular annoyance is the game’s darkness, though that can be said for many horrors. How are you supposed to be scared if you can’t see anything? But yes, there are a handful of good jump scares, and this game lives on taking you to dead ends where you dread what you’re going to see when you turn around. It’s not a game-changer, but it’s an engaging experience.

Blair Witch, much like Layers of Fear, offers a take on horror which focuses on a descent into insanity. It’s quite short, clocking in at 6-7 hours, but it is atmospheric, and is at its best when you plug some headphones in.