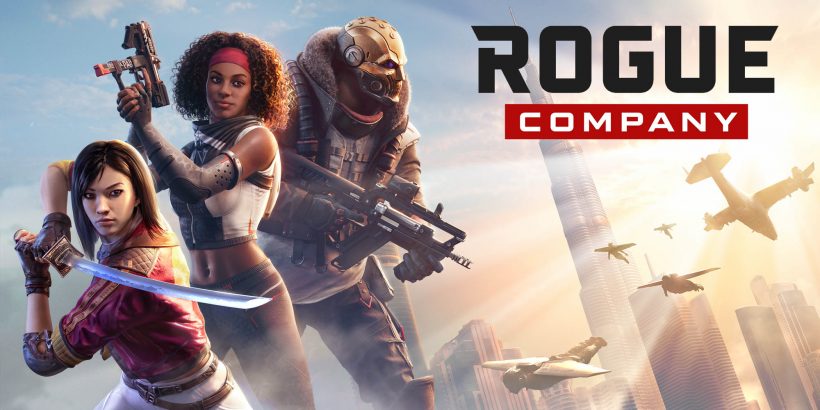 We really do need more great online experiences on the Switch.

Yes, the system has been great for platformers, party games and gathering with friends in order to take down a game in local co-op mode. But there’s an unexplainable dearth in great online games, with the exception of the likes of Mario Kart 8 Deluxe, Splatoon 2 and Fortnite. Rogue Company hopes to change that. This third-person shooter from Hi-Rez Studios delivers compact games of four-vs-four battles, and with a lack of Call of Duty titles on the Switch, that immediately sounds promising.

Bucking the tradition of online titles almost stealth-dropping on the eShop, Rogue Company was first revealed in a Nintendo Direct from September of 2019. Back then it looked like a five-vs-five affair, but in the time since it seems that a player from each team has been given the chop. That doesn’t make things any less hectic, however. Each match starts with both teams dropping down to the battlefield from separate aeroplanes. Before dropping down, you’ll choose a character and then have a short window to purchase their tailored weapons, perks and other items, before you sail down to start letting the bullets loose, Fortnite-style.

There are two competitive modes to choose from. The main mode is Demolition, which has one team defending two highlighted areas while the other team tries to push forward and plant a bomb.  The second mode is Strikeout, a more casual experience which has you eliminating enemies to run down their collective lives, meanwhile working to control an objective. Matches are played in a set number of rounds, with the first to three wins winning overall in Strikeout, and the first to seven taking Demolition. There’s a bit of an issue, though – most matches are played out in just a few minutes, so there’s really not all that much time in order to add a bit of flair and finesse to proceedings.

This is largely due to the fact that the maps are all pretty close-knit – think maybe a third of the size of your standard Call of Duty multiplayer map. The general feel of the locations feels rather similar, too, and there’s always a sense of repetition at play in the way that for each round of games you have to select your Rogue (character) and they begin with the default weapon line-up. There’s a button you can use to, theoretically, roll out of the way of danger, but the tightness of the maps often means that if you’re under heavy gunfire, there’s no way that you’ll be able to get yourself out of the way. So, the sound approach is to get lucky, head around the outside of the map and then hopefully meet no opponents head-on, so you can simply proceed to do an about-turn and then take them out unsuspected from behind.

It’s difficult to score a game like this in what seems like such a primitive paid beta stage. It’s not unreasonable to anticipate that online shooters will evolve with new modes and challenges during their lifetime, but as it currently stands, Rogue Company is a pretty bare-bones package which doesn’t capitalise upon the online-shaped gap in the Switch market.

What is unforgivable is the number of times the game crashed and had to force-close out of my control. That’s the quickest way to test a player’s patience with an online shooter – and as it currently stands, Rogue Company pays the penalty for this in its score.

Rogue Company seems a little bit too bare-bones in this early stage to be considered the Switch’s next killer online experience. It’s worth keeping an eye out to see if any new modes are added, but it’s perhaps too early to give it a recommendation just yet.