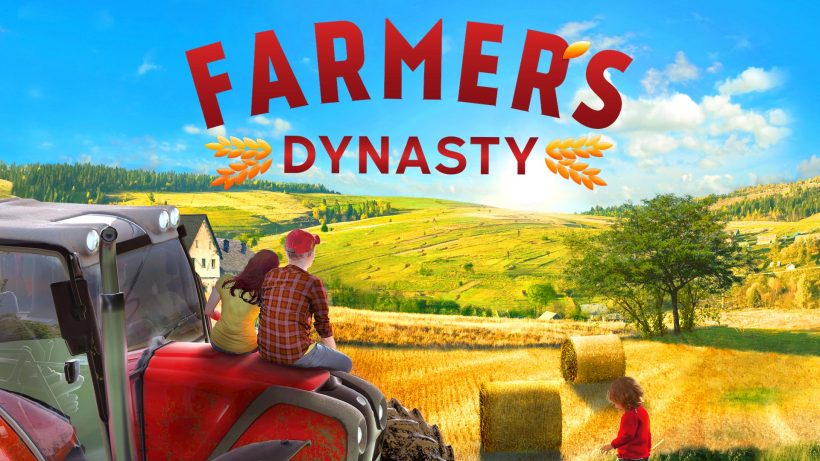 Farming simulation games have been and continue to be one of the most popular genres in gaming, with the likes of Stardew Valley, Harvest Moon, and even the Farming Simulator series taking top spots. When I caught a glimpse of Farmer’s Dynasty I was understandably excited, as it billed itself as ‘the perfect combination of farming simulation and life simulation.’ Sadly, nothing about it was perfect.

Farmer’s Dynasty describes itself as more than just agricultural simulation. It tasks you with rebuilding a farm that’s been left to you from your late grandfather, along with developing your heritage, starting a family, and managing crops and livestock. It delivers on all these things; it just doesn’t deliver them very well.

When you arrive at your new farm, it’s very clear that it needs a lot of work – it’s a wreck. You’re given a quick tour and a brief rundown of how things work by your neighbour and off you go. Honestly, repairing your farm buildings is such a tedious task because instead of just being able to repair a building as a whole, you have to repair each individual area. For example, instead of repairing the whole barn roof in one go, you have to click to repair each plank. This quickly becomes very annoying.

There are a lot of things to do in Farmer’s Dynasty, including milking cows, harvesting crops, fixing up buildings, upgrading machinery, buying livestock, gaining relationships with NPCs, and getting a wife – just to name a few. And while all of that may sound impressive, it’s pretty much impossible to stay invested in the game long enough to achieve, well, anything.

After around 20 to 30 minutes of playtime, Farmer’s Dynasty is bombarded with a whole host of issues – the framerate being the worst. For some reason, the framerate drops and is almost unplayable after a certain amount of time. Simply moving from one area to another feels like a chore, feeling extremely heavy and sluggish, and this doesn’t seem to improve. Not to mention the ridiculously long load times; this game clearly was not optimised for the Nintendo Switch.

Looking at the trailer and screenshots of the game made me believe that Farmer’s Dynasty was a little rough around the edges but still sweet on the eyes. Wrong. Both the screenshots and the game’s trailer were frightfully deceiving, with the game looking nothing like the ads suggested. It’s blocky, rigid, and you can barely pick out any details whatsoever. Not only that, but the voice acting is cringe-worthy. It made me feel uncomfortable how out of place and robotic each character sounded.

The one aspect where I really wanted to get some enjoyment from Farmer’s Dynasty is through customisation. I feel that customisation should be a big part of a simulation game, so I was disappointed to see that there aren’t any customisation elements at all. I’m stuck with a male character who is as a generic as an American farmer could be: lumberjack shirt, truckers cap, and a belt full of tools. It would’ve been nice to at least choose some new clothes for my character or even change his name. But no, I’m doomed to look at that jaggedy redshirt for all eternity, making me feel as little connection to my character as humanely possible.

Farmer’s Dynasty feels like an empty shell lacking any personality, which is a shame because it had so much potential.

Farmer’s Dynasty has a whole host of tools at its arsenal, but with a plethora of bugs and issues, it offered no enjoyment for me at all. Poor graphics and annoying gameplay features make this £39.99 price point almost laughable.