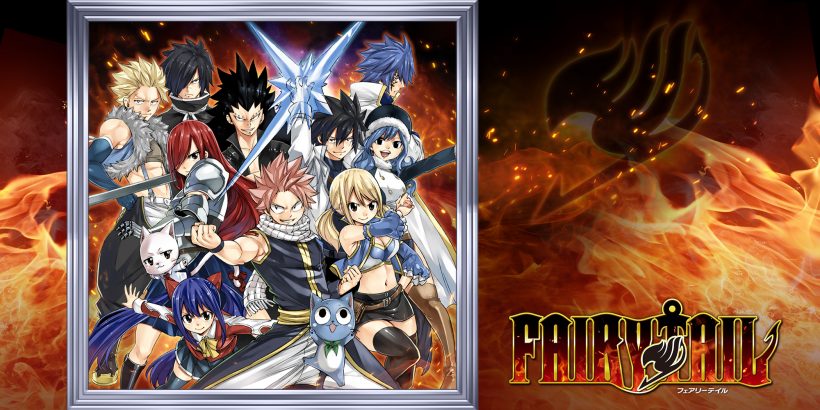 You don’t have to be a fan of anime to enjoy JRPGs based on, well, anime.

In fact, I’ve gotten plenty of mileage out of the Sword Art Online games and the One Piece musou without having any in-depth knowledge of the characters or their struggles. Sometimes, however, you’ll encounter games that seem to exist solely for separating the die-hard fans from their hard-earned money. Fairy Tail, a JRPG based on the anime of the same name, falls into that category. It’s a by-the-numbers adventure that never tries to do anything remotely interesting the source material. It’s so mediocre that, were it not for my notes, I’d have trouble recalling anything about it.

Fairy Tail begins after a specific arc in the anime, though it’s easy to put everything into context without missing out on any important details. Simply put, an evil beyond comprehension gets released, and it’s up to the Fairy Tail guild to provide protection. Unfortunately, combining their powers to stop this evil results in them going MIA for seven years. When they finally return, they discover that their beloved guild has fallen into ruin and obscurity, and it’s up to them to restore their good name.

After some tutorials, players are thrust into the game proper, which essentially involves selecting quests from a bulletin board, completing said tasks, and then returning to level up the stable of amusing albeit forgettable characters. In addition to making your heroes stronger, you’ll also foster friendships amongst the cast, resulting in some very brief throwaway moments that are so rudimentary in their presentation that it borderlines on outright cringeworthy.

The most interesting part of the Fairy Tail experience involves repairing the guild and providing the resources necessary to make it thrive once again. For example, the more money you pour into the guild’s shop, the more items you’ll be able to purchase for your quests. Additionally, tossing money into the crafting wing of the guild will allow you to make the Lacrima crystals required to boost your characters’ unique magical abilities. You’ll use these power-ups in place of equipment and weaponry, so it’s crucial to get this area up and running as quickly as possible.

Not that the game ever presents much of a challenge. Encounters with enemies unfold in traditional turn-based fashion; if you’ve played any turn-based JRPGs in the past decade, chances are you’ll know exactly what you need to do to emerge victoriously. What’s more, if you spend any amount of time grinding to properly level up your characters, you’ll quickly discover that you can break the combat system and cheese your way through encounters. Find yourself getting bored? Don’t hesitate to crank up that difficulty. Otherwise, you may mentally check out long before the story wraps up.

Although Fairy Tail certainly has the ability to charm, the developers don’t seem too interested in telling an engaging, memorable story. Perhaps this is simply a limitation of the anime – I honestly can’t say for sure. However, strictly as a JRPG, Fairy Tail fails to impress on a number of levels. Maybe hardcore fans of the anime will be more forgiving of the title’s shortcomings; I know I’m capable of overlooking such things when I’m playing a game based on a property I enjoy. So, unless you have a vested interest in Fairy Tail, its characters, and the stories it tells, you may want to sit this one out.

For fans of the anime, Fairy Tail may be the best thing since sliced bread. For JRPG fans who couldn’t care less about the source material, this is just another basic release that fails to do anything remotely interesting.