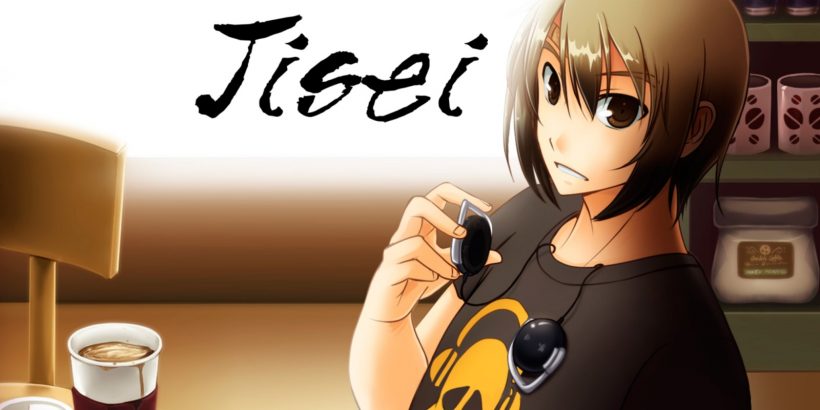 Visual novels: you either love them or hate them. As a rule, I’m always willing to give them a shot, which is perhaps to be expected for a lifelong bookworm. However, just as in any other genre, there are always going to be those which miss the mark, and Jisei: The First Case falls into this category.

It starts with a murder. An intriguing opening cutscene reveals that there’s more than meets the eye; you, the unnamed protagonist, have special abilities whereby you can relive a person’s last memories before their death. Oblique references to your character’s life stoke your curiosity from the beginning – it’s hard not to feel drawn in and want to learn more about this world. A murder is the perfect setting to explore these concepts, so when you discover a body in the bathroom of a city café, you’re thrown right into the investigation.

What follows is, mechanically speaking, a fairly run-of-the-mill visual novel experience. You progress the story by talking to the different characters, all of whom are a little suspicious in their own way, and moving between different areas in the cafe.

I’m the type of person who can easily accept the supernatural in my stories, but one thing that I normally struggle to look past is unrealistic human behaviour. If you’re able to suspend your disbelief at the fact that the off-duty cop on the scene is happy to let you, a murder suspect, investigate the crime more or less by yourself, the story itself has some value, but this is something that significantly disrupted my own immersion.

It’s also disappointing (if unsurprising, given the approximate one-hour runtime) to see that the story fails to capitalise on the very things that make it interesting, as neither your supernatural ability nor your backstory is explored in much detail. Most of the information you glean from reliving the victim’s last moments are things that might be gathered from observation or deduction, and indeed almost the same story could be told in the absence of the supernatural. Likewise, your backstory is set up to be a source of intrigue but isn’t investigated any further, which lets down the writing and leads to a feeling of disappointment.

This sense of incompleteness is pervasive, even extending to the ending where an influx of new information and characters might as well be shouting “to be continued.” Jisei really does feel like the first chapter in an episodic series; while the subtitle The First Case indicates that there’s more to follow, as a stand-alone entry it feels somewhat underdone.

Jisei also fails to stand out in terms of its visuals and its audio. While the music is enjoyable to listen to, it’s not memorable, and similarly the character profiles, while well-drawn, only cycle through a handful of different expressions as you play. The game does include extras via the main menu, however, with additional artwork and a music menu for you to explore at your leisure.

At the end of the day, though, there’s something missing here. Jisei: The First Case is passable, runs fine, and the story is admissible in terms of delivery and the big reveal, but it fails to make the most of its unique and intriguing selling points, and this is what lets it down. There are, without a doubt, better visual novels available on the Switch.

Jisei: The First Case HD has the ingredients for something better, but a failure to dive deeper into what makes the story unique means that you’re likely to be left underwhelmed by this visual novel.